Wednesday was a hectic day for first-year Washburn University women's basketball coach Lora Westling, but it ended with a 63-51 non-conference victory over Haskell Indian Nations University at Lee Arena. 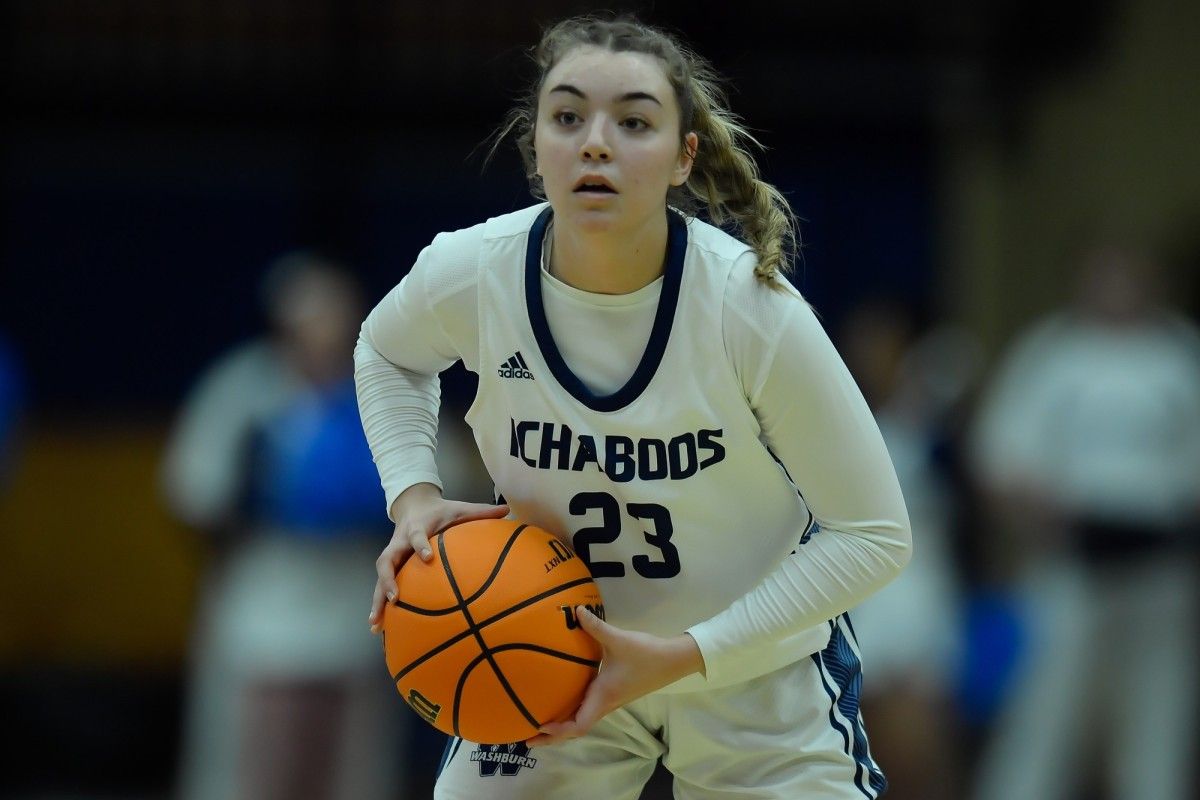 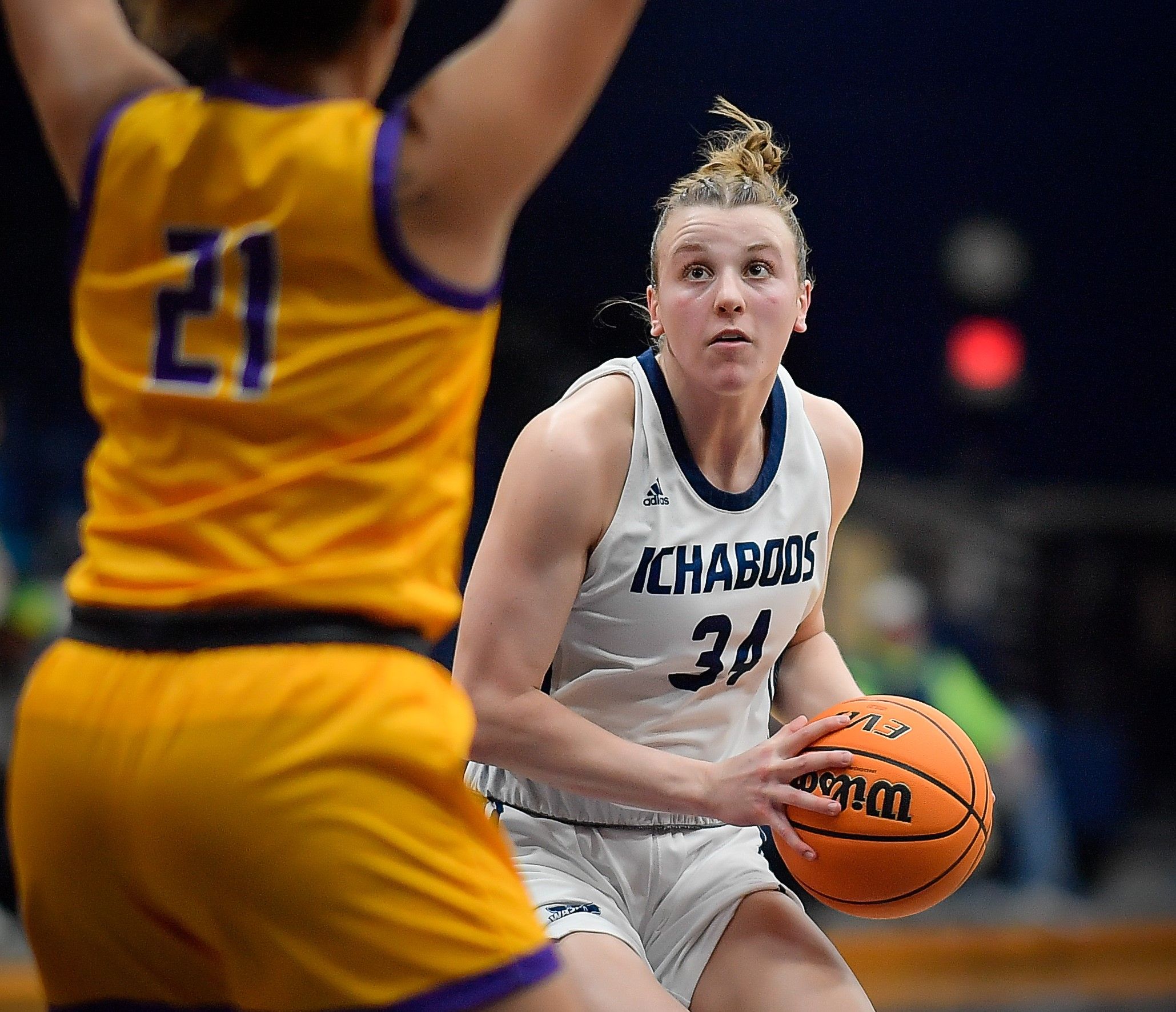 Westling found out at about 10:30 a.m. that Washburn's scheduled opponent, Central Christian College, would be unable to play Wednesday due to COVID protocols.

The Ichabods' two options were either to not play on Wednesday or find a fill-in opponent and Haskell answered the call to come to Topeka with seven available players.

"Our A.D., Loren (Ferre') told me at 10:30 and I said, 'Can I have 15 minutes just to see if we can find somebody?' '' Westling said. "There's a reason we really wanted to play it here. We had a lot of kids with family in town and it's a great last tuneup before we start conference play.

"It was just a really ideal time for us to play and fortunately Haskell was able to make the trip. We knew they were going to be pretty challenging but it's a lot of respect and we're really grateful that they made the trip.''

Coming off a 52-47 loss to Rockhurst last Saturday, junior Lauren Cassaday said it was important to be able to play and get a win on Wednesday.

"It was good to have a win, especially going into conference play,'' Cassaday. "It's good to be able to take some confidence in, but we still have a high ceiling that we've still got to fill. I think we have a lot of potential on this team and we've just got to find it.''

Bonebrake, a junior 132-pounder, posted a 35-11 record last season, won a United Kansas Conference championship and was a Class 5A state qualifier, earning All-Shawnee County honorable mention. Bonebrake is ranked No. 3 at 132 pounds in the Kansas Wrestling Coaches Association preseason 5A state rankings.

Washburn Rural's Easton Broxterman is one of Shawnee County's top returners, placing second in Class 6A at 106 pounds as a freshman. [File photo/TSN]

A sophomore, Broxterman advanced to the 6A state championship match at 106 pounds as a freshman, finishing second for the state-champion Junior Blues and posting a 39-6 record. Broxterman, a Centennial League champion, was named the Shawnee County newcomer of the year and was a first-team all-county pick. He is currently ranked No. 2 at 106 pounds in the KWCA's 6A and All-Class preseason rankings.

Buce is being counted on to be an immediate contributor as a freshman for Shawnee Heights at 106 pounds. Buce has extensive Kids Wrestling experience, placing in multiple state tournaments.

Byrne, a junior, won a Centennial League championship last season and was a first-team All-Shawnee County selection after posting a 27-14 record. Byrne is No. 6-ranked in the KWCA preseason 6A state rankings at 157 pounds. 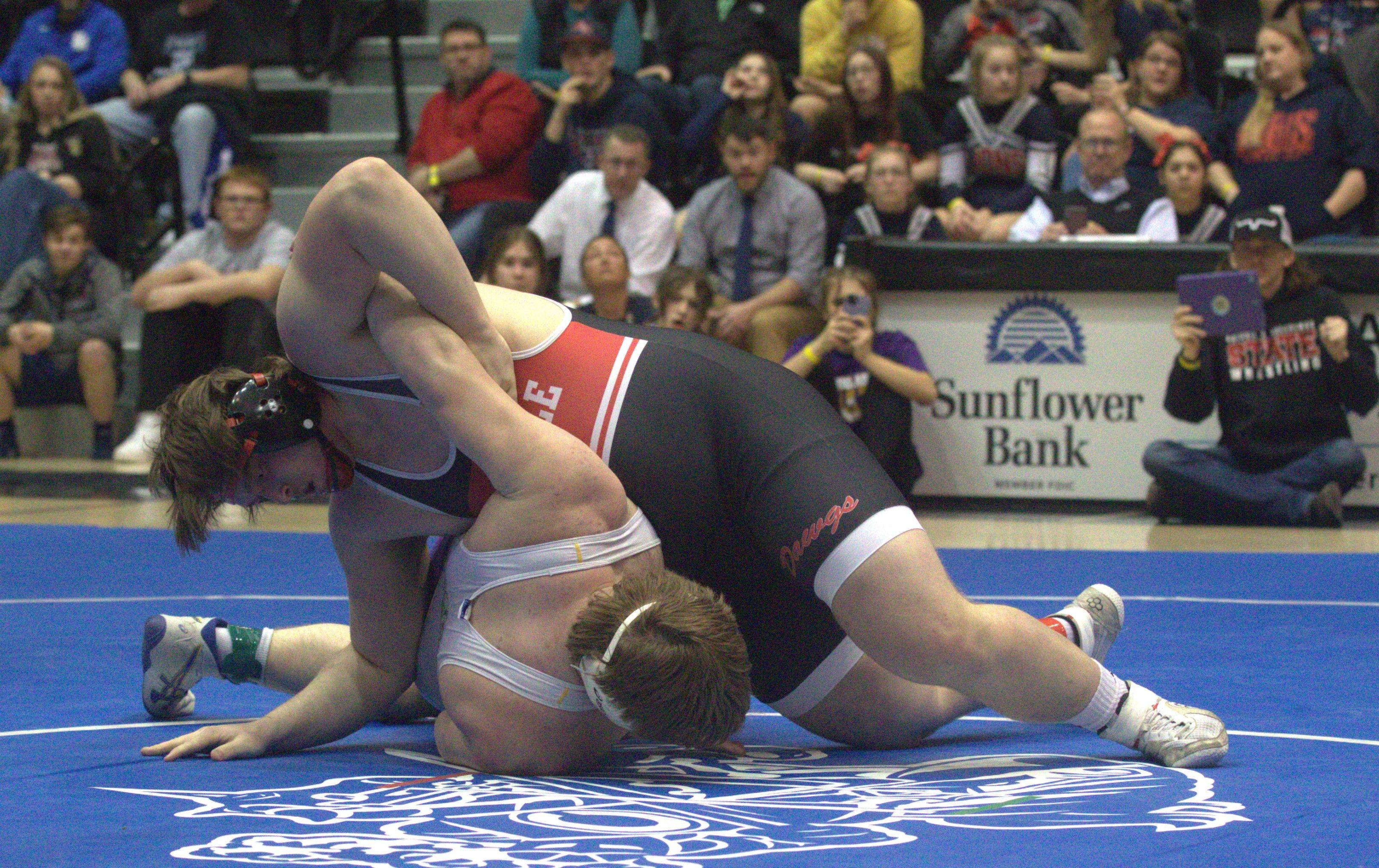 Carver, a 285-pound junior, was a United Kansas Conference champion and a 5A state qualifier last seaon while posting a 17-11 record. Carver received All-Shawnee County honorable mention last season and is ranked No. 3 at 285 in the KWCA's 5A preseason rankings.

Freeland, a senior 150-pounder, was a United Kansas Conference champion and a 5A state qualifier last season, posting a 35-15 record. Freeland was a second-team All-Shawnee County selection as a junior. 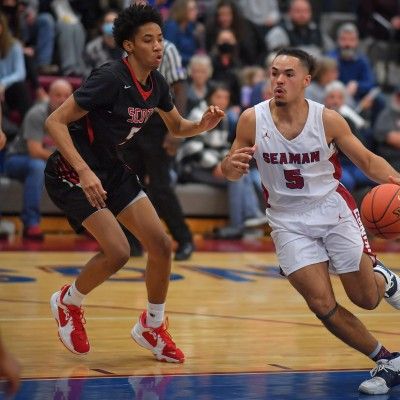