Topeka High rolled to a 69-34 first-round win over Wichita Northwest Thursday night at Free State, advancing to a Friday semifinal in the Firebird Classic. Senior Kiki Smith scored 21 points in Topeka High's 69-34 win over Wichita Northwest Thursday in the first round of the Firebird Classic. [File photo/TSN]

Topeka High used a 24-10 third quarter to take a 63-26 lead and force a running clock throughout the fourth quarter.

Topeka High will face 8-2 Eisenhower in a 7:30 p.m. Friday semifinal, with the Tigers advancing with a 54-14 first-round win over Free State.

HAYDEN GIRLS 47, NEMAHA CENTRAL 40 -- No. 10-ranked (Class 4A) Hayden posted its third straight victory Thursday night in the Wellsville Top Gun Tournament, taking a 47-40 win over No. 3-ranked (3A) and previously-unbeaten Nemaha Central.

The Washburn bench came through with 31 points, including 18 in the fourth quarter, as the Ichabod women defeated Rogers State on Thursday evening at Lee Arena, 60-53, to snap a four-game losing streak.

Nine of the 10 Ichabods who saw action Thursday night cracked the scoring column. 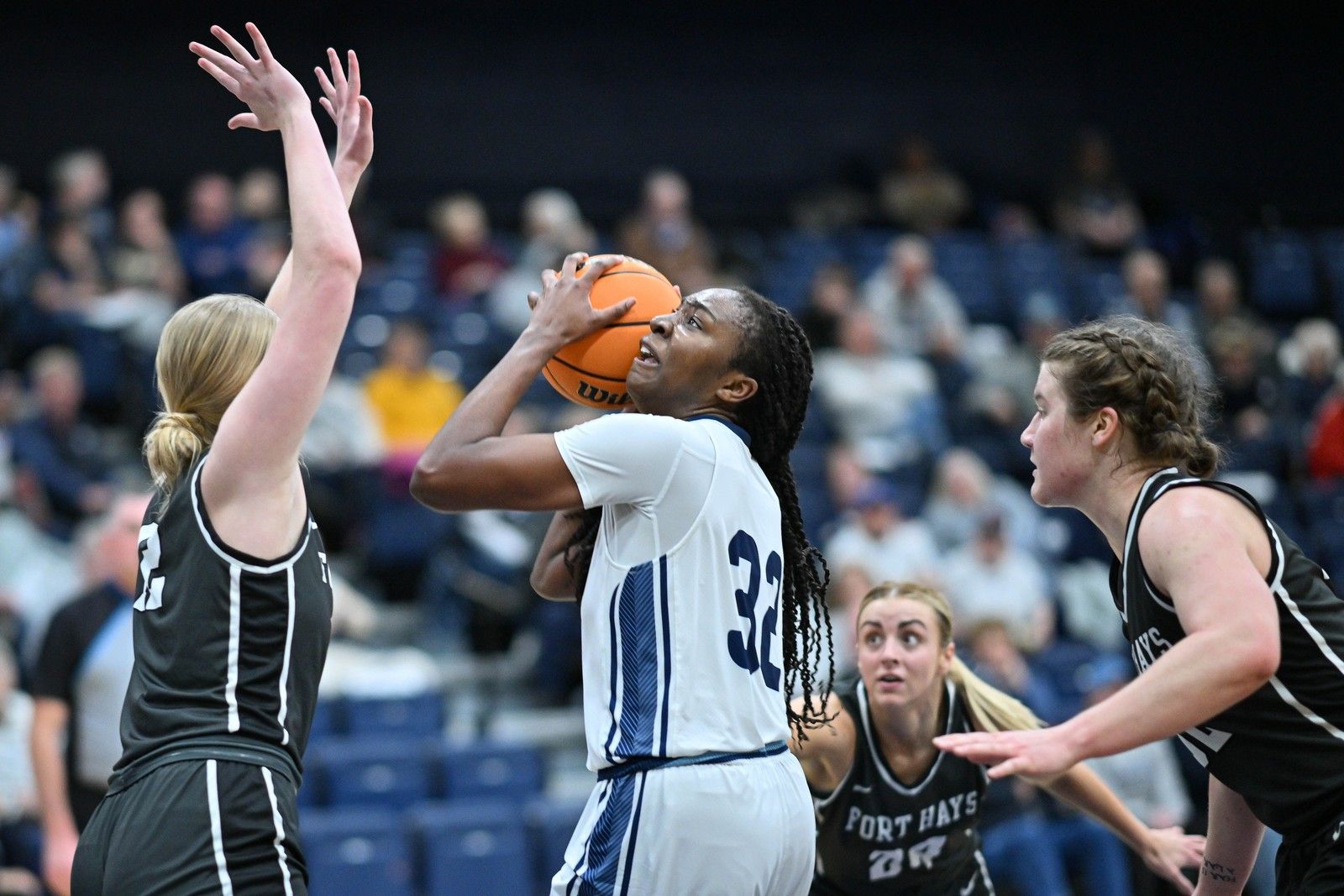 Freshman Yibari Nwidadah came off the bench to notch her second double-double of the season with a career-high 13 points and tied a career-best with 13 rebounds.

Macy Doebele came off the bench to hit four of six shots from the field and four for five from the free throw line to add 12 points.

Emma Chapman went two for two at the free throw line with 19 seconds to go in the period to level the score at 8-all.

The Hillcats made a layup early in the second quarter to go back in front, but the Ichabods put together an 8-2 run over the course of three and a half minutes to lead to take a 16-12 advantage.