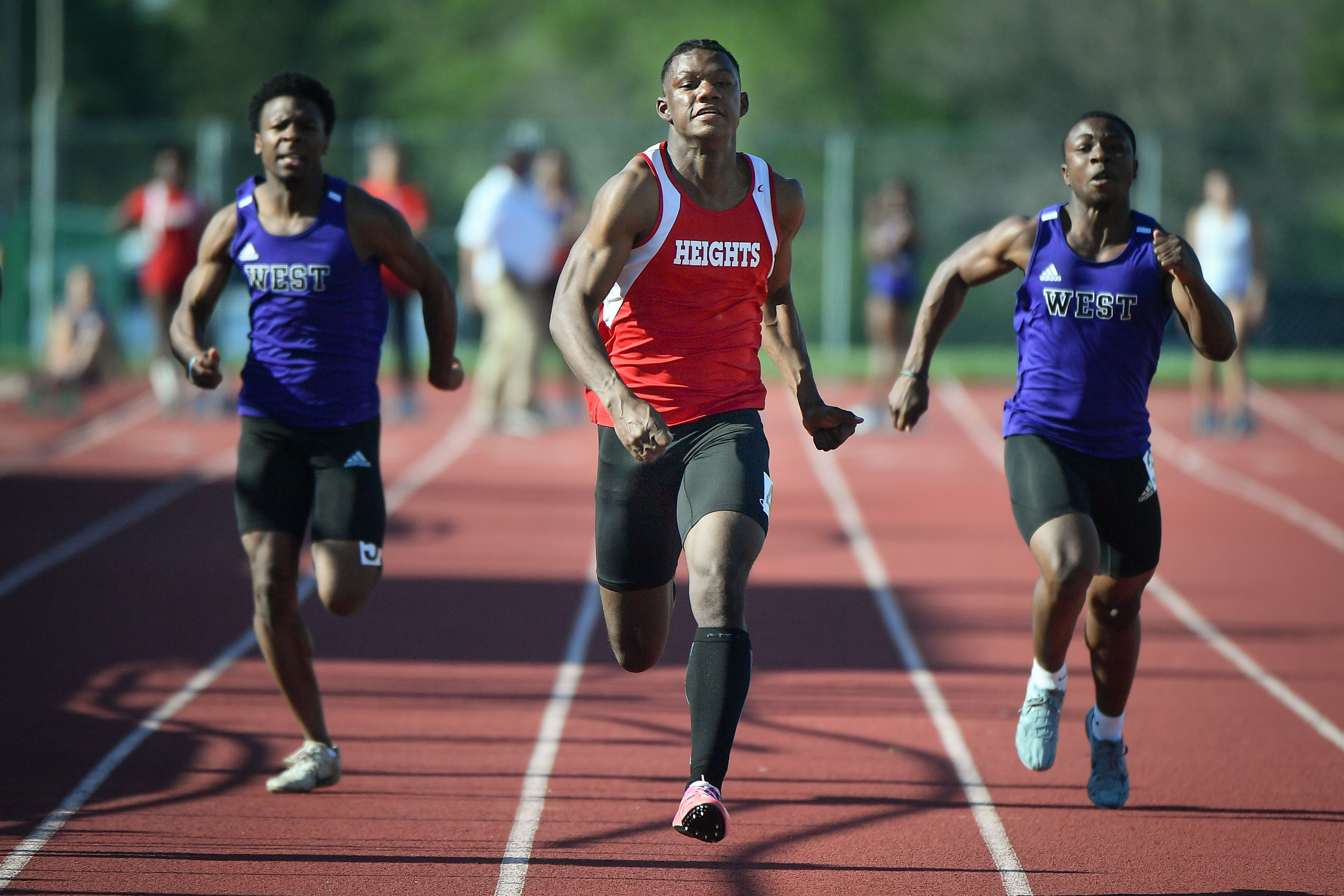 Shawnee Heights sophomore Jeremiah Smith is the Shawnee County boys leader in the 100 and 200-meter dashes and the 110 hurdles. [Photo by Rex Wolf/TSN]

NOTE: TopSports.news plans to compile a weekly track and field honor roll for Shawnee County high schools throughout the 2021 season. Coaches are asked to email updated times and marks or any corrections to Rick Peterson at This email address is being protected from spambots. You need JavaScript enabled to view it.. Coaches should designate whether times were fully automatic (FAT) or hand-timed. FAT times for individual sprints are considered .024 of a second faster than hand times.

Anyone who has a sibling knows it's nearly impossible to get along ALL the time, especially when you're together ALL the time, and Topeka West twin brothers Ian and Miles Cusick admit there's been instances where they haven't always necessarily been on the same page this spring as doubles partners for West's tennis team.

But those times have been far outweighed by an impressive run of success by the sophomore pair, who rolled to the No. 1 doubles championship in last Thursday's city meet at the Kossover Tennis Center, helping lead Kurt Davids' Chargers to their first city team crown.

Topeka West sophomore twin brothers Miles Cusick (left) and Ian Cusick have put together a banner season in doubles this season, winning the No. 1 city title and helping lead the Chargers to the team crown. [File photo/TSN]

"I think we try to get along well,'' Miles Cusick said. "There's some times it's a little bit tougher than others, but I think we definitely manage it very well. That's obviously one of the things we've worked on is making sure we're communicating with each other.

"If we get mad it doesn't help the team and there's nothing you can really do about it. Just get rid of it.''

Ian Cusick agreed there are challenges at times, but he said he feels he and Miles are growing as a doubles team, and brothers.

"Sometimes it's actually really hard to play with him because we're brothers and we have that bond, but you're more comfortable so it's easier to get mad at him,'' Ian Cusick explained. "You can't brush it off like you would with someone you're not as close with.

"We have lost a couple of hard matches this season and you get a little upset, but we're definitely getting closer.''