The Washburn University Athletic Department has announced its six-member 2021 Hall of Fame class, which will be enshrined on Oct. 9 in a morning ceremony prior to the Ichabods' MIAA football game against Fort Hays State.

The Hall of Fame class of six accumulated nine All-America awards earned during their combined 29 years competing for Washburn teams. The induction class Kate Hampson, Matt Cahill, Joe Hastings, Zach Watkins, Sam Sissom and Logan Stutz will join the 149 former student-athletes, coaches and administrators who have been honored for their contributions to Washburn Athletics.

The six former Washburn greats will also be recognized at halftime of the Oct. 9 football game against the Tigers.

Matt Cahill – Football – 1979-82Matt Cahill finished his career as WU's all-time leader in total tackles and assisted tackles on the Ichabod charts. In 1982 his 120 total tackles were the highest single-season tally in school history and his 69 assisted tackles were second that same season. He had a career-high 16 tackles against Nebraska-Kearney on Nov. 13, 1982. As a sophomore in 1980, he was fifth on the team in tackles with 65 total stops adding a fumble recovery. His junior season he recorded 64 tackles which was the second-highest total on the team, leading to his outstanding senior campaign. 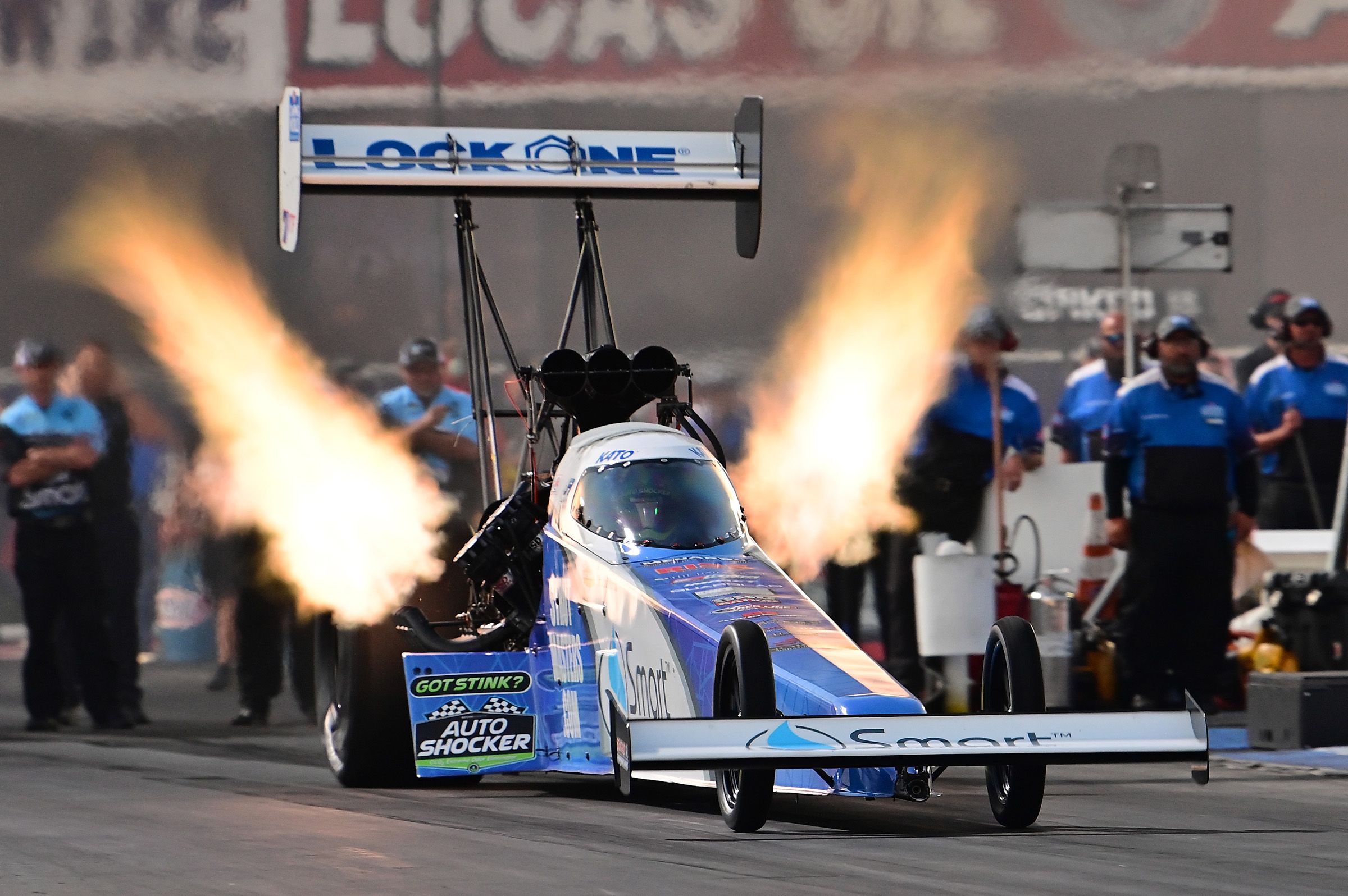 NHRA Top Fuel driver Justin Ashley, the 2020 Rookie of the Year, will compete in the Menards NHRA Nationals Friday through Sunday at Heartland Motorsports Park. [Photos by Ron Lewis Photography]

The 2020 NHRA Rookie of the Year advanced to his second career final in the NHRA Winternationals nearly two weeks ago, but an extremely hot day in Pomona, Calif. took a toll on the 26-year-old Ashley, who had to be pulled from his SmartSanitizer Top Fuel dragster powered by Strutmasters.com before the final run after suffering symptoms of severe heat exhaustion.

Ashley is back in tip-top condition as he prepares to compete in this weekend's Menards NHRA Nationals at Heartland Motorsports Park and looks back at the scary situation in Pomona as a learning experience.

"I was feeling fine the next morning,'' Ashley told TopSports.news. "I definitely had to sleep on it and it and obviously it was kind of a crazy situation, one that I'll definitely be able to learn from. But by the time it was all said and done I just had to sleep on it and wake up the next morning and at that point I just felt so much better. And then the following day, almost two days later, I felt like I was finally back to full strength.''