After advancing to the state tournament in one sport, claiming a state title in another and compiling a 4.11 grade point average, recent Seaman graduate JahnAsia Anderson was honored Wednesday night as TopSports.news' Topeka Shawnee County Most Inspiratonal Female Athlete.

Anderson went out for track and field for the first time as a senior and became a Class 5A state champion in the shot put and also was a starter for the Vikings' state qualifying basketball team.

"JahnAsia's work ethic is second to none,'' Seaman girls track coach Rick Brading said. "On most days she was the last one to come in from practice. For JahnAsia to win a state championship after being slowed by (an) elbow injury is just amazing.''

Anderson was also a four-year member of a Seaman basketball team that qualified for three straight state tournaments.

"Although undersized as a post player, she wasn't afraid to bang around and do the dirty work,'' Viking baksetball coach Matt Tinsley said.

Other Most Inspirational Female nominees: 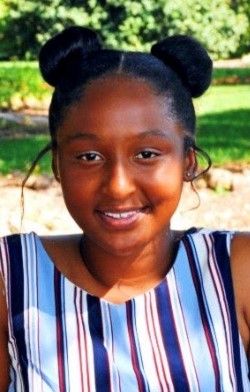 The Trojans' point guard, Hendricks helped Topeka High post a pair of second-place finishes in the Class 6A basketball tournament as well as a semifinal berth in 2020 before the state tournament was canceled. "She is a true leader on and off the floor,'' Topeka High coach Hannah Alexander said. "She leads by example and is an amazing floor leader. Her stats are usually overlooked, but this girl makes everyone around her better. She has a knack for making passes that do not look like they should be there or be open.'' Hendricks, who averaged 4.5 assists her senior season, plans to attend Tabor College and play basketball for the Bluejays.

Rossville's Sherer honored as Spring Male Athlete of the Year

Sherer got his first opportunity to play high school tennis as a senior, playing for Hayden as a co-op player during the regular season before representing Rossville in the postseason, with his father, Jesse, serving as his coach.

Sherer made the most of his opportunity, winning the Class 3A-1A state singles title to give Rossville its first-ever state tennis champion.

He posted a 36-2 record on the season and will play college tennis at Kansas Wesleyan University.

Sherer was also the "Voice of the Bulldawgs,'' broadcasting many Rossville sports events.