Basehor-Linwood might have bested Class 5A No. 9-ranked Topeka West the first time the two schools met, but in the second meeting between the United Kansas Conference foes, Topeka West evened it up with a 65-59 overtime win. 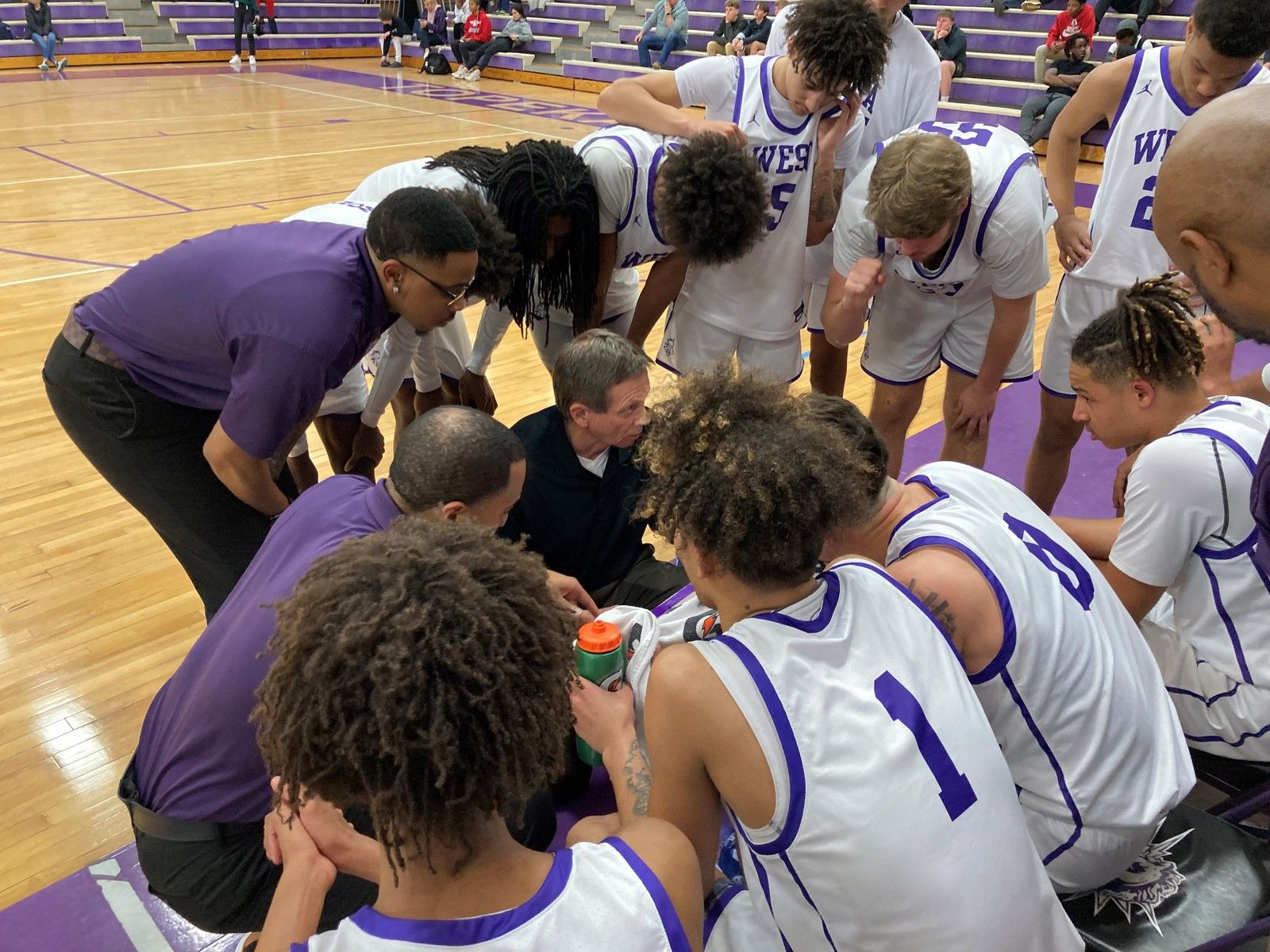 The Chargers and the Bobcats first met in the 2022-2023 opener, where Basehor-Linwood defeated Topeka West, 58-52. West coach Rick Bloomquist said the difference between then and now is chemistry and maturity.

Bloomquist admits that he has to coach this team like he's 35 years old again, but he knows good teams find ways to win and Topeka West had to scratch and claw for the victory in overtime after giving up a double-digit lead.

"We had more positives in that game than negatives," Bloomquist said. "The best thing about the game is that we won in overtime. We haven't played an overtime game in three or four years. I was a little concerned about how we were going to react. We showed more poise in overtime than we did in the last four minutes of the fourth quarter."

Topeka West had to put its hard hat on defensively down the stretch to lock up Basehor-Linwood's 6-foot-5 guard, Tyson Ruud. The Washburn basketball commit was practically unguardable in the first and fourth quarters.

"Number 2, unbelievable," Bloomquist said. "That might've been the best shooting display I've seen in a long time. I was his fan in the first quarter, and then I realized I had to change cycles and coach against him. I was amazed."

Berg's 10-point first quarter kept up with Basehor-Linwood's tempo, primarily led by Ruud, who had 75 percent of the Bobcat points in the opening quarter.

Topeka West owned the second quarte as Xavier Alexander gave Topeka West a spark off of the bench. Alexander hit a pair of quick 3-point shots in the quarter. Austin, Paul and Berg combined for 11 points in the 20-8 second-quarter run.

"I thought our second quarter was really good," Bloomquist said. "I thought we got aggressive. Defensively, we were where we wanted to be in terms of spacing. We got hands on the ball and got in the passing lanes."

Topeka West would go into the locker room at halftime with a 39-28 lead over an imposing Basehor-Linwood squad.

Like the first quarter, the third quarter was back and forth, with both teams playing superb defense. Topeka West didn't allow a Bobcat player more than one field goal in the quarter and locked up Ruud better.

"I thought the third quarter was decent," Bloomquist said. "We had some momentum-busters. We had momentum, and then it got busted by silly things that shouldn't have happened. Our kids were euphoric. The kids don't understand that a 13 or 14-point lead doesn't mean the game is over. They felt too good.

Basehor-Linwood played better basketball than Topeka West in the fourth quarter. The Bobcats were riding a wave of momentum that couldn't be stopped. Basehor-Linwood's 18-6 run was capped off by Ruud banking in a 3-point shot with 1.4 seconds to go in the contest, tying the game up 57-57 and sending the game into overtime.

Berg got back to his first-half form in overtime. Topeka West aggressively fed Berg in the paint, and the senior didn't disappoint. Coming up with four points in the four-minute overtime period was substantial.

Defensively, Topeka West held Basehor-Linwood to just two points in overtime, and Topeka West pulled away with the 65-59 home victory.

Topeka West (9-3, 6-2) will hit the road for a United Kansas Conference matchup against Leavenworth on Friday.