Hayden girls hold on for 35-31 upset win over No. 7 Shawnee Heights

With the game hanging by a thread, Hayden guard Norma Greco hit two final free throws with minimal time remaining in the fourth quarter to help the Wilcats upset Class 5A No. 7-ranked Shawnee Heights, 35-31, Friday night at Heights.

Although Greco missed the previous free throws in the the extremely tight game, the sophomore settled down and won the game for the Lady Wildcats. 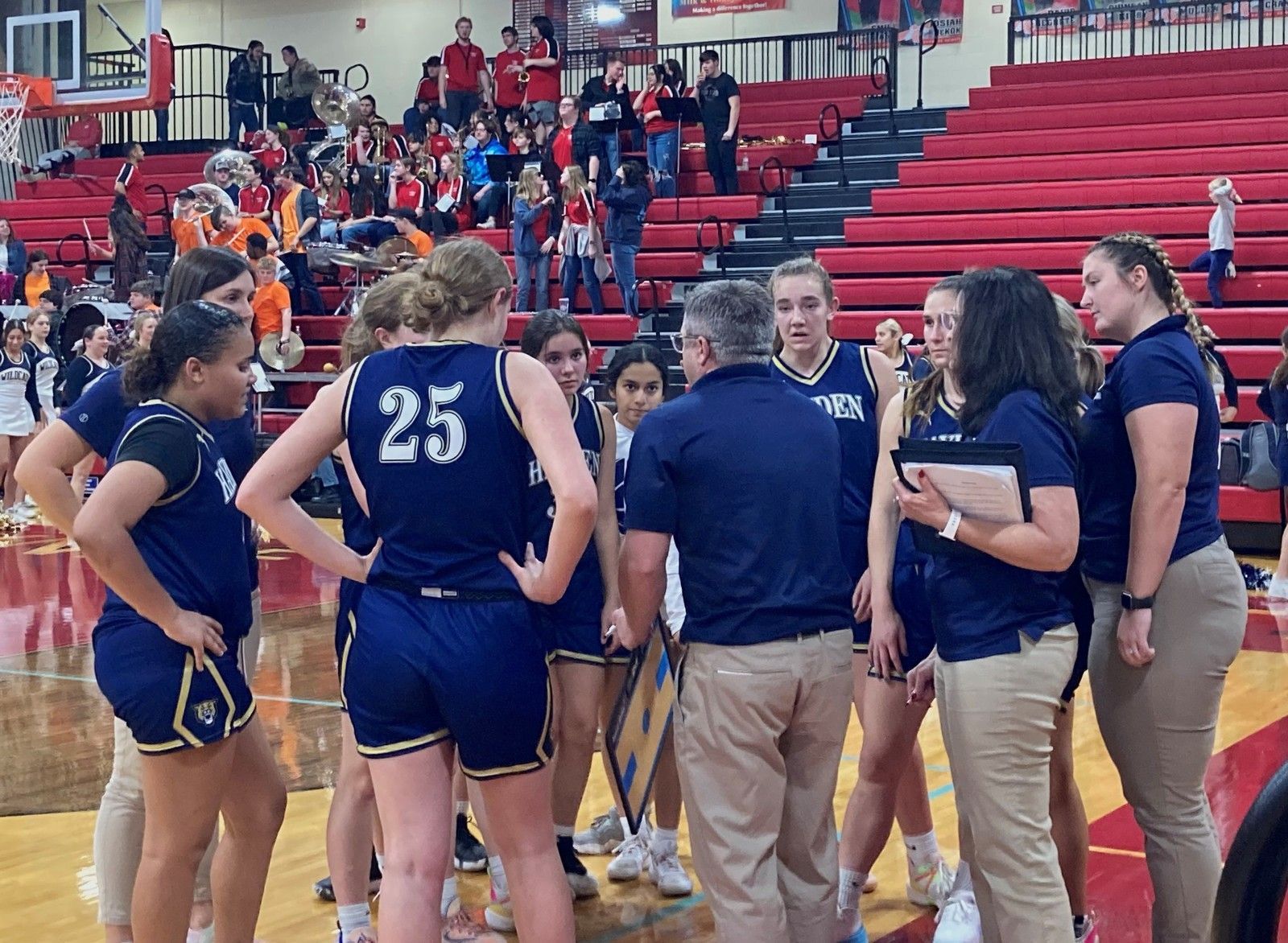 "Norma is a really good free throw shooter," Reynoldson said. "When she missed those two, I think she was just jacked up a bit. When she went back to the line, I had total confidence because we do lots of free throws at practice. She's always 21 out of 25 or 23 out of 25 with her free throws.

"With her missing those two earlier, I was glad she was able to get a second chance."

You could classify Hayden's win over Shawnee Heights as an upset, but Hayden is putting the pieces to its puzzle together.

A team lacking veterans desperately needed a victory such as the one on the road against the Lady Thunderbirds on Friday night.

"That was a big win because we played a great team," Reynoldson said. "(Shawnee Heights) is ranked seventh in 5A, and I think they may be better than that. They got so much talent, quickness and athleticism. I thought our young guards handled the pressure really well. I'm really proud of them for that."

Shawnee Heights had come into Friday night's game scorching hot. The Lady Thunderbirds had previously won seven out of eight games but lost their last contest against 5A No. 3-ranked Seaman.

"I thought after a highly emotionally charged week that we had last week that they needed to gear themselves up for this game," Shawnee Heights coach Bob Wells said. "Hayden was going to come in here and try to outwork us. I think that's what they did. Hayden flat-out outworked us. I thought we did a great job of breaking down their defense from time to time, but when we weren't able to score from three feet, it didn't do us any good."

Winning a 35-31 defensive clinic against Shawnee Heights snapped Hayden's cold stretch. Before Friday night, Hayden had lost three of its last four games. All three teams (Emporia, Washburn Rural and Topeka High) are ranked in the top 10 in their respective classes.

Hayden jumped out to an early 8-0 run in the first quarter. Post player, 6-foot sophomore Brylee Meier was the catalyst for the run. Meier drilled two 3-pointers and was responsible for most of the offense throughout the half.

Shawnee Heights bounced back early in the second quarter offensively after slumping in the opening quarter. The Lady Thunderbirds took control with its 8-2 offensive run.

Hayden nudged back with a 6-0 run, including a 3-point buzzer-beater from Kaliya Fulton to give the Lady Wildcats an 18-10 lead at the halftime break.

Meier nearly had a double-double before the break with eight points and eight rebounds. Meier would finish the game with an 11-point, 16-rebound double-double.

"You know you're a great rebounder if it looks like they have no business getting it, and that's what Brylee did," Reynoldson said. "There were times late in the game where (Shawnee Heights) would miss, and it looked like they would have a great rebounding opportunity, but with Brylee's long arms and great hands swiped them out of the air. She was huge for us. Her fight, help on defense and challenging shots was great."

For Shawnee Heights, ten points in the first half were troublesome. The Lady Thunderbirds knew the remainder of the game would be an uphill battle. Finding a rhythm was tricky, and they'd have to reset at halftime.

"We just hit a bump on offense," Wells said. "We had ten points at halftime, and you're not going to win any games. You won't even win a junior high game with ten points at the half. So we have to get back to the flow and back to where they are really working together."

The second half was back-and-forth, with Shawnee Heights even gaining an advantage on the board. But Hayden was able to out-rebound, secure more 50-50 balls and get some better shots down.

Hayden pulled away with the victory holding off Shawnee Heights 35-31.

Besides Meier's 11 points for Hayden, nobody for either team had double-digit scoring. Rottinghaus led Shawnee Heights with nine points. Emari Doby led the Thunderbirds in rebounding with 16.