Of course, Rick Bloomquist never likes to lose, but two things that happened at the end of Friday night's 45-43 loss to Lawrence in the semifinals of the Topeka Invitational Tournament left the veteran Topeka West coach livid. 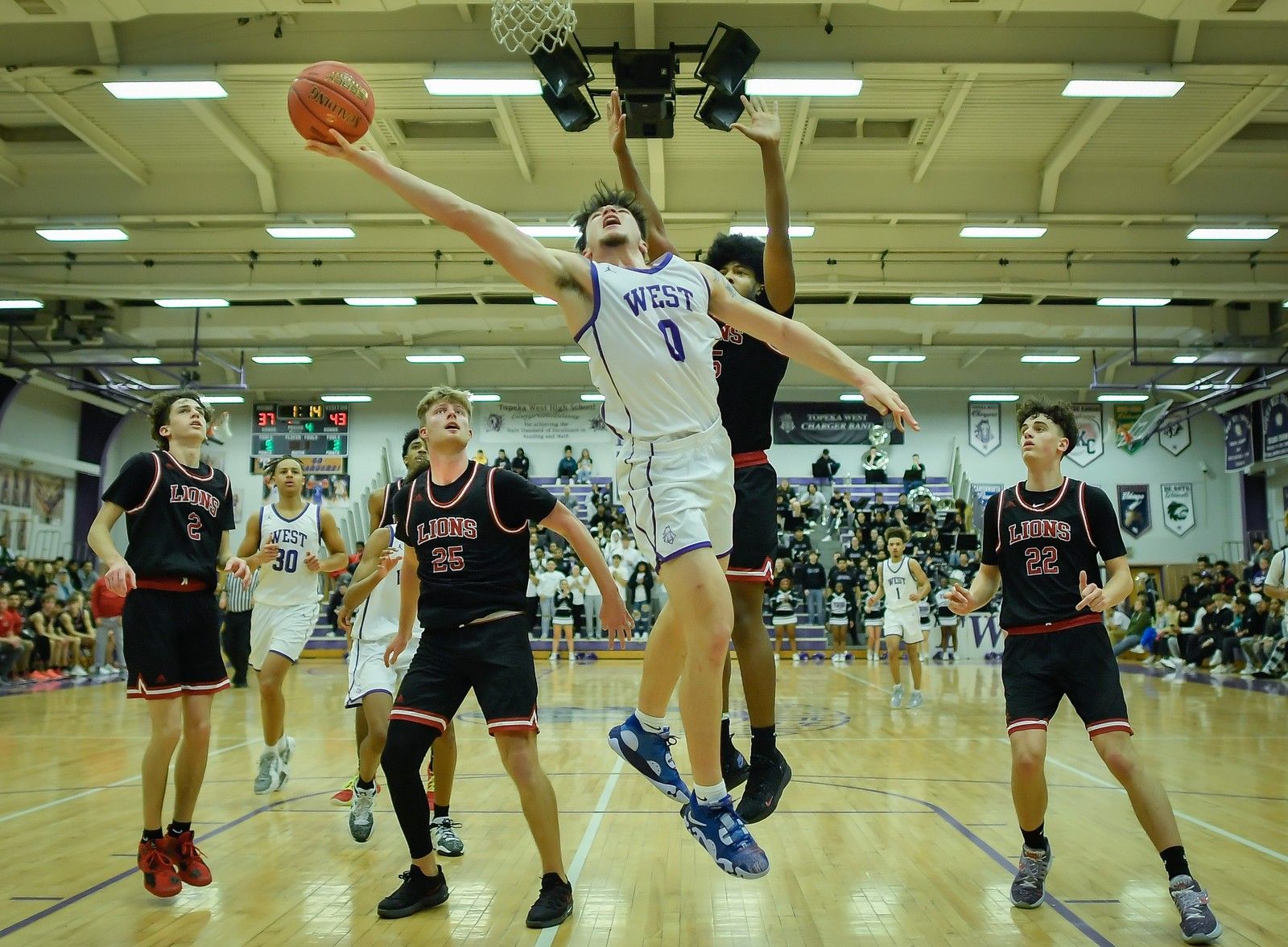 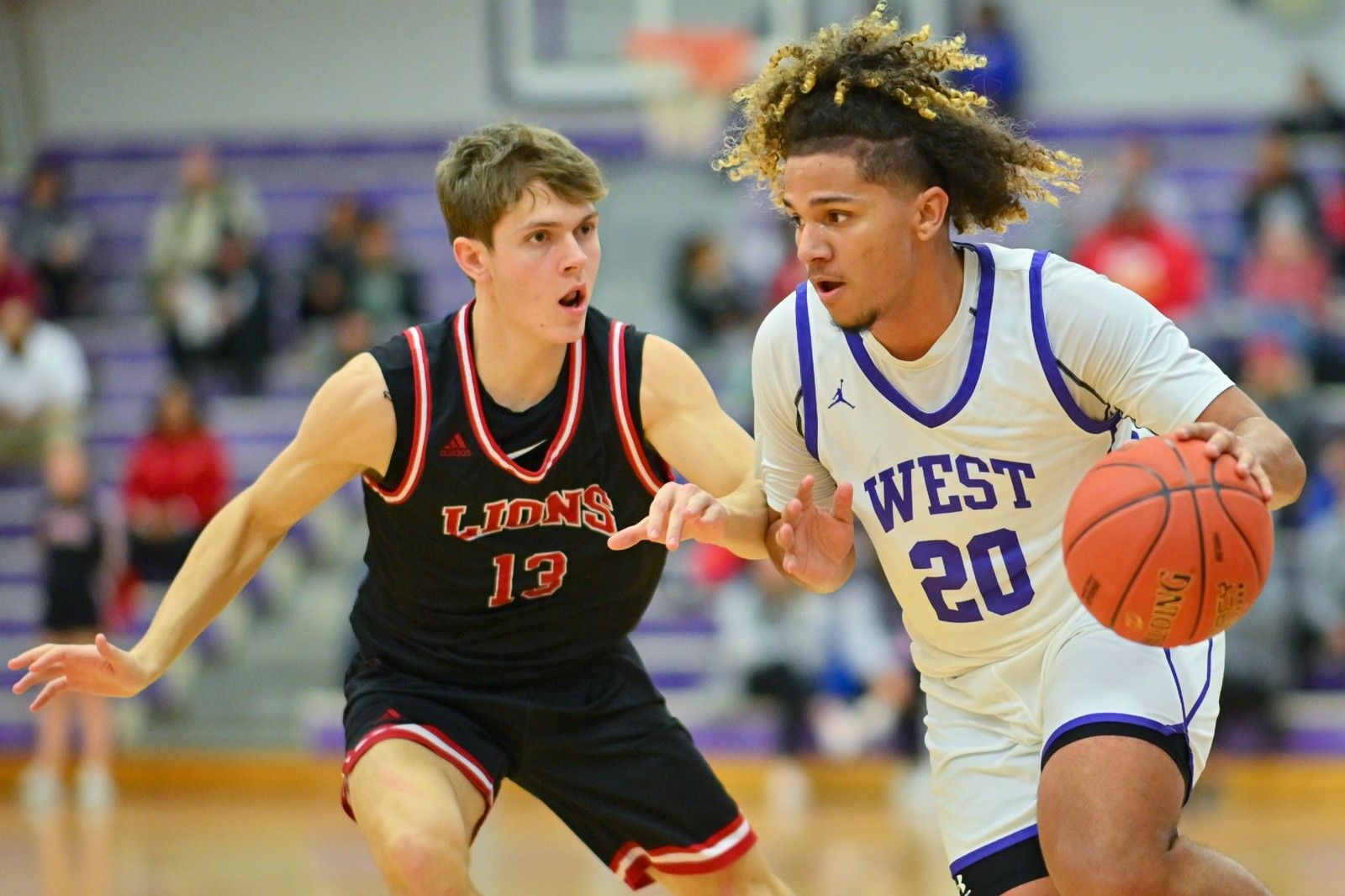 With the game tied at 43 in the final seconds and West on defense, the Chargers had the Lions trapped for several seconds but the pleas for a five-second call from the West bench went unheeded and Lawrence star Zaxton King eventually broke away to score the game-winning basket on a driving layup with about two seconds remaining.

West managed to get a desperation 3-point attempt from Sincere Austin but the shot bounced off as time ran out, giving the eighth-ranked (Class 6A) Lions a spot in Saturday's 1:45 p.m. championship game against Highland Park while sixth-ranked (5A) West will play Wichita Southeast for third place at 12 p.m.

"Those are college officials,'' Bloomquist said of the five-second no call. "I mean they offficiate college basketball and I know we made some mistakes and got behind and so on and so forth, but that doesn't matter. You call the game the way it's supposed to be called and we had not just a five-second call, but an eight to 10-second call that wasn't called and that made a difference in the last-second shot. Let the (game) go to overtime and do the right thing.

"Sure, there's things we've got to fix and things I'm disappointed in. I told the kids, 'We'll use this to jumpstart you for the playoffs.' We've still got a lot to play for and we can't let this identify our season, but boy you talk about frustration when you have a game of this caliber and you can't get officials to make the simple, fundamental call.

"If we lose in overtime, I'm fine, I'm OK. I mean I'm not fine, but I'll handle that. That's my fault, that's my kids' fault. If we miss a free thow that costs us a game, that's our fault. But to have a game lost because of a fundamental officials' call is really hurtful.''

Something that happened immediately after the game added to Bloomquist's frustration, with a Lawrence player making physical contact with a West player while celebrating the win.

Bloomquist and Lawrence coach Mike Lewis exchanged words over the incident, with Bloomquist clearly agitated, before the coaches headed to their locker rooms.

"There was a situation, and I'm not going to go into what the whole deal was, but a situation happened in the line that was uncalled for and it should be taken care of,'' Bloomquist said. "We've got it on tape. But for (Lewis) to not address it and say that it's out fault, too, that's baloney.

"I respect him, but I lost a lot of value about how (Lewis) handles things right now because it was blatantly bad. They had a kid that physically bumped one of my kids and started pointing at us and yelling at us and screaming at us. I'm not very happy about that. That was blatantly uncalled for. My top hasn't gone off very much the last few years, but that hit a nerve. A nerve got hit twice. There were back-to-back nerve-hitters and I got it right in the face.''

Lawrence's Lewis said that the emotions of a very close game played into the post-game incident.

"Basketball's an emotional game,'' Lewis said. "I talk with our guys that there's probably not a sport as emotional. What I mean by that is everybody sees all the emotions. Coach, his perspective was that our player was acting unsportsmanlike after the game.

"I had three of our assistant coaches give me some feedback on what they saw and it was emotional but nothing that was really out of control where it was demeaning to Topeka West. It was almost accidental in a way. He had turned and bumped into the player and wasn't purposely running at him to collide. Coach Bloomquist let me know about it and then I informed  him of a few things that maybe his players could improve on also and he didn't like that.

"Sometimes it does take two different opinions and perspectives.and it's two coaches sharing their opinions and then we move on. It's really an opportunity to learn as all of these games are within the high school world. It's a big-time learning experience and a great game.''

Lawence built a 43-37 game inside the final two minutes but Malachi Berg converted a three-point play to cut the Lions' lead to 43-40 with 1:13 left and Berg hit a free throw and Xavier Alexander scored on a follow shot with 23 seconds left to tie the game at 43.

That set the stage for the eventful ending. 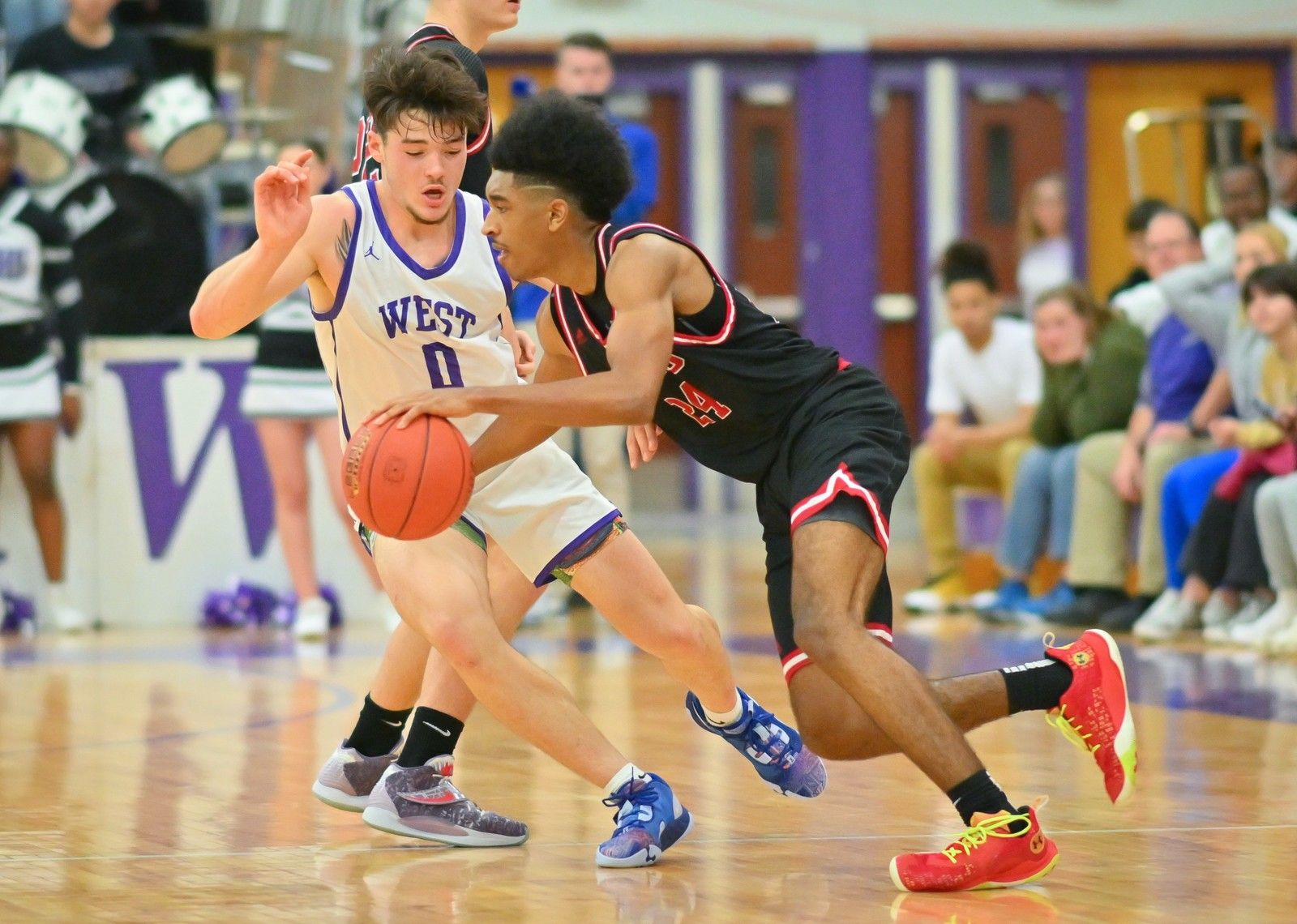 King, a junior, led all scorers with 23 points, the only Lion in double figures.

Berg and Alexander both scored 15 points for Topeka West.