It's been quite a while since Washburn Rural stars Emmerson Cope and Brooklyn DeLeye made their college choices.

On Thursday morning at Rural, Cope and DeLeye made those choices official, signing their national letters of intent. 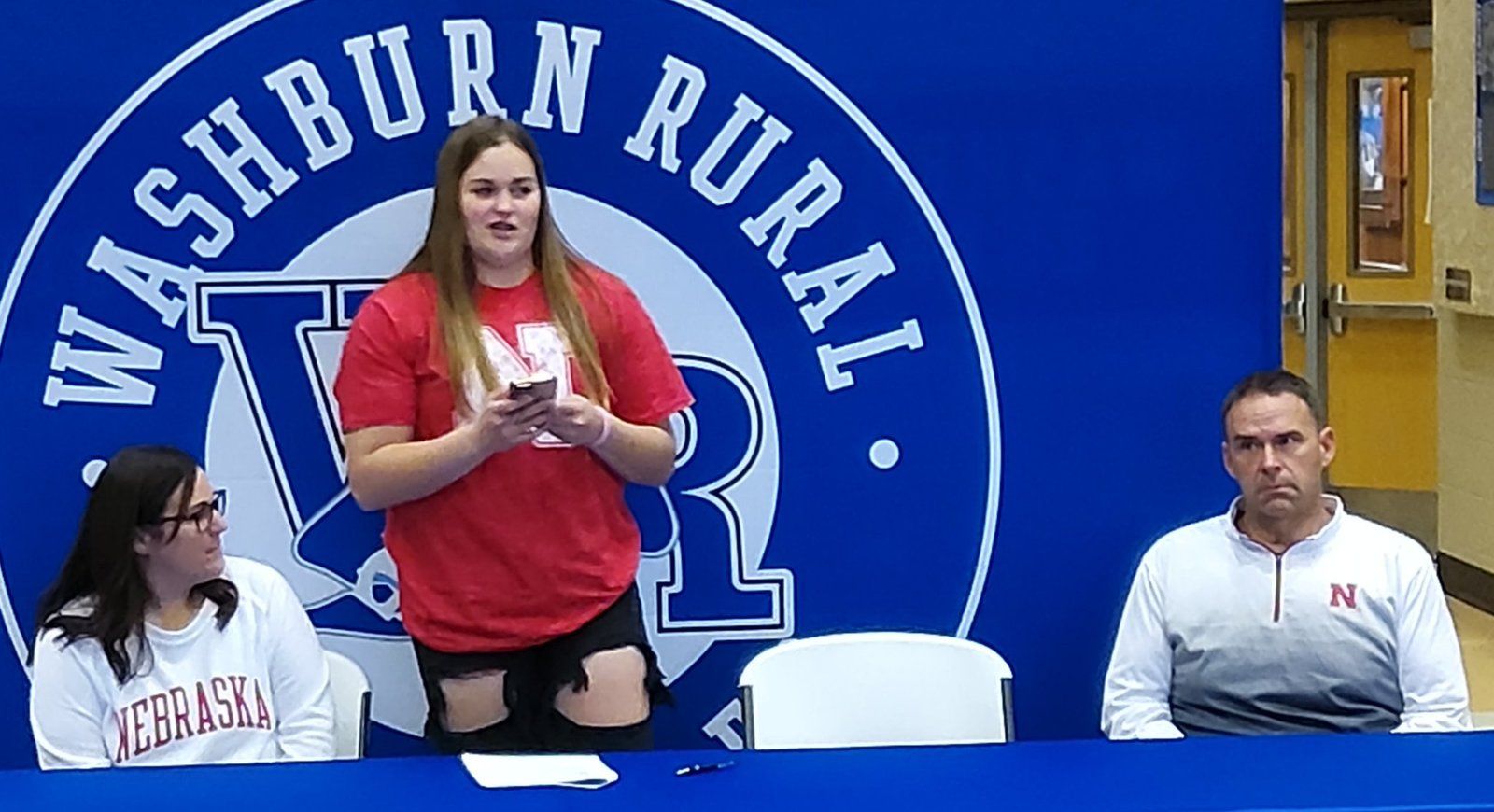 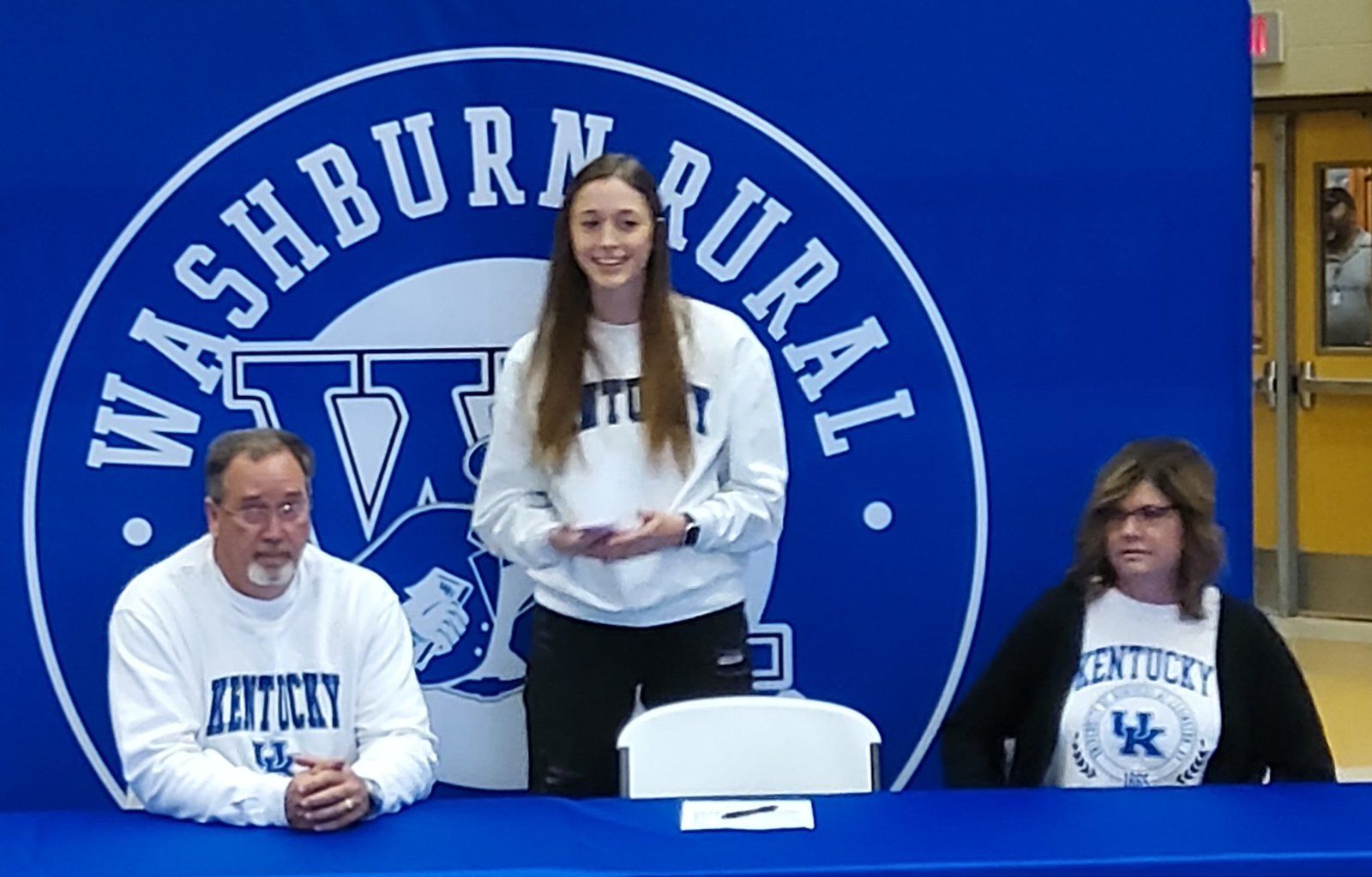 Cope signed to play softball at Nebraska while DeLeye signed a volleyball letter with Kentucky.

Cope made her commitment to Nebraska in July and said that the Huskers made her choice an easy one.

"I love the coaching staff,'' Cope said. "As soon as I stepped on campus they made me feel like family. They're another role model for me. Their academics are awesome. It's the Big 10 Conference, you can't get any better, the facilities are great and they really care for their athletes. I know that I'm not just going to become a better softball player but become a better person as well.''

DeLeye made her oral commitment to Kentucky in the summer between her sophomore and junior seasons at Rural and said it was nice to make it official with Thursday's signing.

"It's just a really cool place and kind of far from home but I'm excited for the new start,'' DeLeye said. "(The recruiting process) was a stressful time for me and when I went there for their camp and to visit I just kind of knew it was the place for me and there was really no other question, just get it done with and move on to the next step.''

DeLeye led Washburn Rural to the Class 6A volleyball title this past fall after helping lead the Junior Blues to the 6A state basketball title and a state runner-up finish in soccer as a junior.

The two-time Gatorade Kansas and 6A player of the year, DeLeye registered 457 kills with 341 hit efficiency and 21 block kills as a senior. DeLeye had 91 percent serving efficiency with 64 aces and had a 2.67 serve receive rating with 324 digs.

DeLeye helped her team post a 161-15 record in her four seasons, with the Junior Blues finishing first, second, third and fourth at state during her career.

DeLeye said she has relished her opportunity be a three-sport athlete for Washburn Rural.

"It's just a really great way to have fun and support your school and show off your school colors,'' DeLeye said.

Cope was named the Centennial League Player of the Year as a junior after helping lead the Junior Blues to a runner-up finish in the Class 6A state tournament.

Cope was a finalist for the 2022 Kansas Gatorade Player of the Year.

"I think softball's a nice way to show my leadership and how do I get other people to have one goal?''