After being held to a season-low 50 points in a Thursday night 20-point loss at Missouri Southern, the Washburn men's basketball team put up 46 points in the first half en route to a wire-to-wire 93-63 MIAA road win over Pittsburg State on Saturday in John Lance Arena. 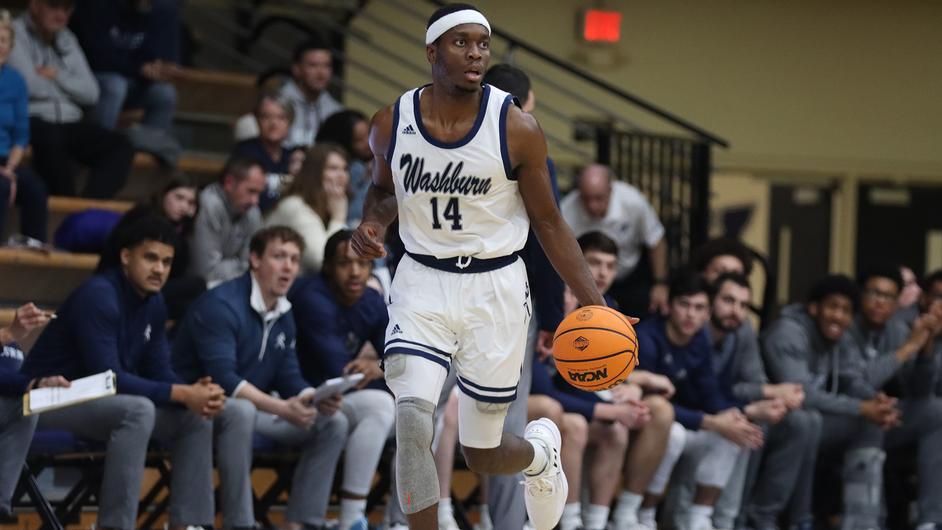 Junior Tyler Nelson scored 23 points, 18 in the second half, as Washburn rolled to a 93-63 MIAA win at Pittsburg State on Saturday. [Photo courtesy of Washburn Athletics] 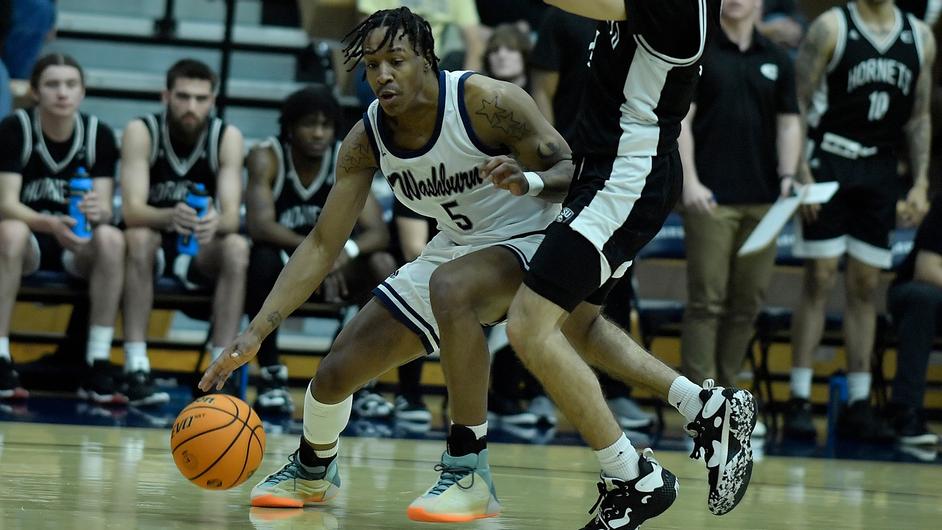 Freshman Jarmell Johnson scored a career-high 16 points, including 14 points and four 3-pointers in the first half, in WU's 93-83 at Pittsburg State. [Photo courtesy of Washburn Athletics]

The Ichabods, who improvex\d to 6-9 overall and 3-6 in the MIAA, took a season-high 21-point halftime lead as they shot a blistering 64 percent in the first 20 minutes, hitting nine of 14 attempts from 3-point range and making 16 of 32 field goal attempts overall.

"I do think it is more important for this team so that was good to see us come out and really play well to start the game and throughout the first half our offense was as good as it's been all year.''

Using a 23-5 run midway through the half, Washburn was eight of eight from the field, including a five of five showing from deep, as freshman Jarmell Johnson scored nine points during the Ichabod spurt.

Washburn pushed its lead to 21 on a 3-pointer by Nelson, part of a 19-2 Ichabod run that included 14 points from Nelson and five by Hayden product Levi Braun. The Ichabods, who won their seventh in a row over Pitt State and fourth in a row in Pittsburg, were led by Nelson with 23 points, 18 in the second half.

Johnson finished with a career-high 16 points off the bench while hitting four of fiv 3-pointers, while sophomore Jaden Monday had 15 with a career-high tying six assists and three steals and Braun had 13 points, with three 3-pointers. Deshaun English II led the Gorillas with 15 points.

Washburn's defense limited Pittsburg State (13-4 overall, 8-3 MIAA) to 24 percent shooting in the opening half, but the Gorillas found their groove and shot a blistering 58.8 percent from the field in the second half to defeat the Ichabods, 74-55, on Saturday afternoon in Pittsburg. 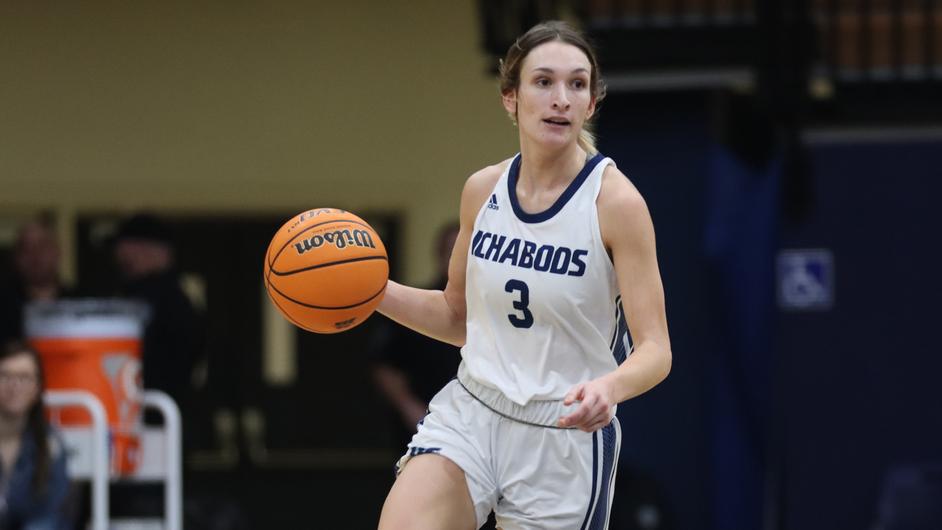 Lakyn Schieferecke hit a shot to cut the Gorillas' lead to a point early in the fourth quarter but Pittsburg State used a 13-0 run over the next three and a half minutes to put the Ichabods away.

The Pittsburg State offense was on fire in the final quarter, making 13 out of 17 field goal attempts for a 76.5 percentage to finish off the 19-point comeback win.

Freshman Natalia Figueroa had 11 points, all in the first half, and went three of seven from 3-point range. Freshman Yibari Nwidadah had five points and tied Schieferecke for the team high with six rebounds.

The Ichabods will host Fort Hays State at 5:30 p.m. on Wednesday.