Topeka West, which improved to 6-1 overall and 5-1 in the UKC, trailed De Soto (6-2. 4-1) 44-36 at the start of the fourth quarter but fought back for the victory, getting the game-winning free throw from senior Malachi Berg with 1.6 seconds remaining. Senior Sincere Austin led the Chargers to their sixth straight victory with 21 points.

With Friday's win Topeka West is now part of a three-way tie for the league lead in the loss column with De Soto and Piper while Shawnee Heights and Basehor-Linwood are a game back.

DE SOTO GIRLS 58, TOPEKA WEST 38 -- Topeka West, which picked up its first win of the season in its final game before the holiday break, played state-ranked De Soto tough through three quarters before the Wildcats put the game away with a 19-7 fourth quarter. 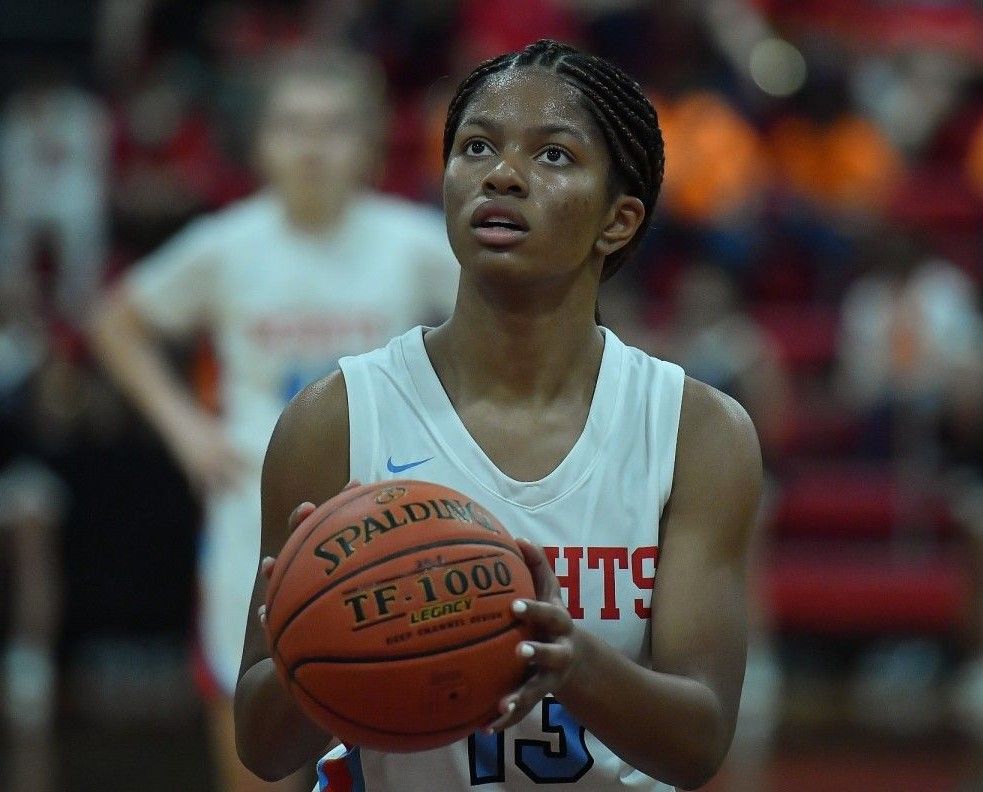 SHAWNEE HEIGHTS GIRLS 49, LANSING 23 -- Shawnee Heights continued its hot streak in Friday night's United Kansas Conference road win at Lansing, with the T-Birds improving to 5-1 overall and in the UKC with their fifth straight victory.

Shawnee Heights has not lost since a four-point decision against De Soto in its season-opener and the T-Birds are tied for second with De Soto in the UKC race, a game behind undefeated Seaman.

With Friday's win the T-Birds remained a game out of the UKC lead. 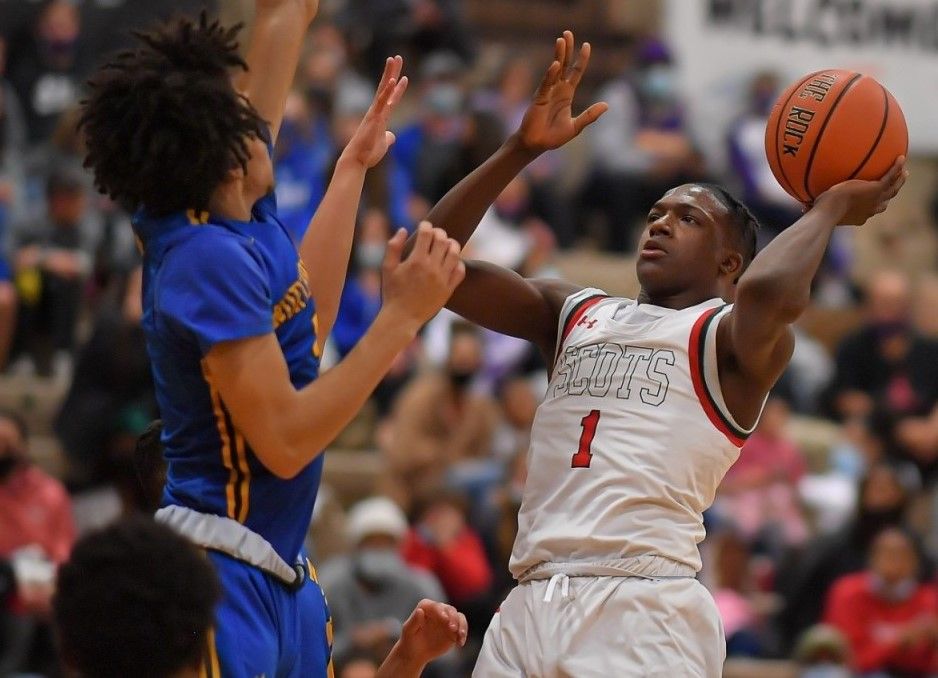 Highland Park, which improved to 4-0 overall and 2-0 in the Meadowlark Conference, got 18 points from senior Bo Aldridge, 14 from senior Tre Richardson and 13 points from sophomore Jacorey Robinson.

Atchison fell to 5-1 overall and 1-1 in the conference.

Highland Park is a perfect 2-0 in the Meadowlark Conference standings.

The Scots got a lift from Seonna Gowan-Britt, who had 16 points on the night, including 14 in the third quarter with four 3-pointers. 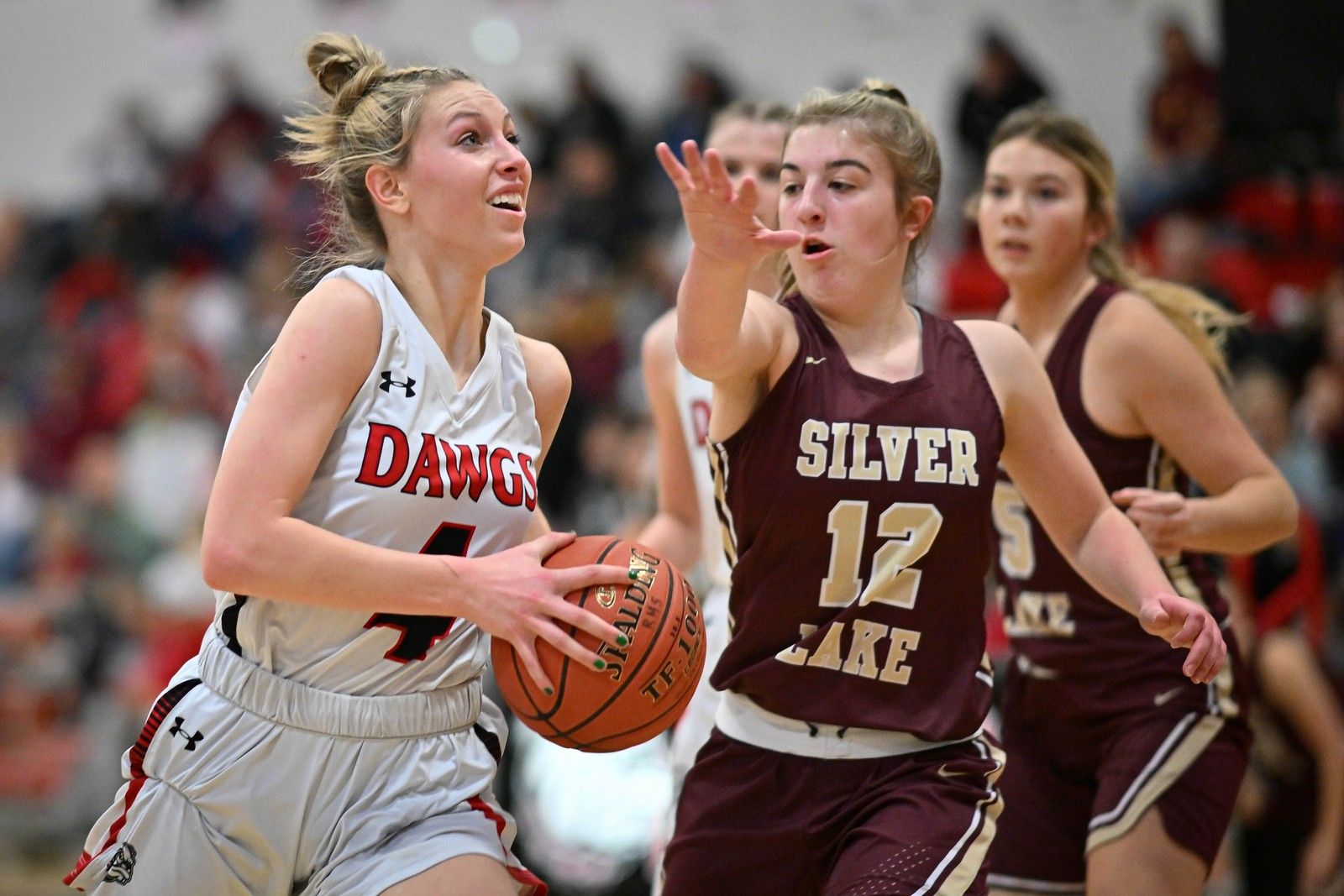 ROSSVILLE GIRLS 52, RILEY COUNTY 36 -- Rossville, ranked No. 9 in Class 3A by the KBCA, bounced back from its first loss of the season with a decisive 52-36 Mid-East League win over Riley County.

Rossville, which dropped a 63-50 league decision to No. 2-ranked Silver Lake on Tuesday, improved to 6-1 overall and 1-1 in the Mid-East League.

Friday's win was the Eagles' second straight over a previously undefeate team on the week, with Silver Lake handing Rossville in its first loss in a 63-50 decision on Tuesday.

ROCK CREEK BOYS 52, SILVER LAKE 33 -- Silver Lake was in the hunt for most of Friday night's Mid-East League contest before Rock Creek outscored the Eagles' 17-2 over the final four minutes to pull away for the 52-33 win.

Rock Creek lead 21-19 at the half and 27-19 at the start of the fourth quarter before the Mustangs outscored the Eagles 25-14 in te final period.

Rock Creek improved to 5-2 overall and 3-1 in the league.

Kansas City Christian and Cair Paravel were knotted at 25-25 at the half and 51-51 at the end of regulation.

Kansas City Christian improved to 2-4 overall and 1-1 in the Kaw Valley Conference while Cair Paravel, which was playing its first game since Dec. 8, fell to 1-5 and 0-1.

KANSAS CITY CHRISTIAN GIRLS 40, CAIR PARAVEL LATIN 26 -- Cair Paravel trailed by only a 14-10 margin at halftime but Kansas City Christian was able to pull away for the 40-26 Kaw Valley Conference win in the second half.

Kansas City Christian improved to 2-5 overall and 1-1 in the Kaw Valley Conference while Cair Paravel fell to 2-4, 0-1.