Topekan Tyrell Brown knew he was stepping into a special opportunity when he joined the Texas Christian University football staff a year ago.

But the Topeka West and Washburn University product couldn't have envisioned just how special his first season with the Horned Frogs would be, with TCU set to play Georgia for the national championship Monday night in Inglewood, Calif. 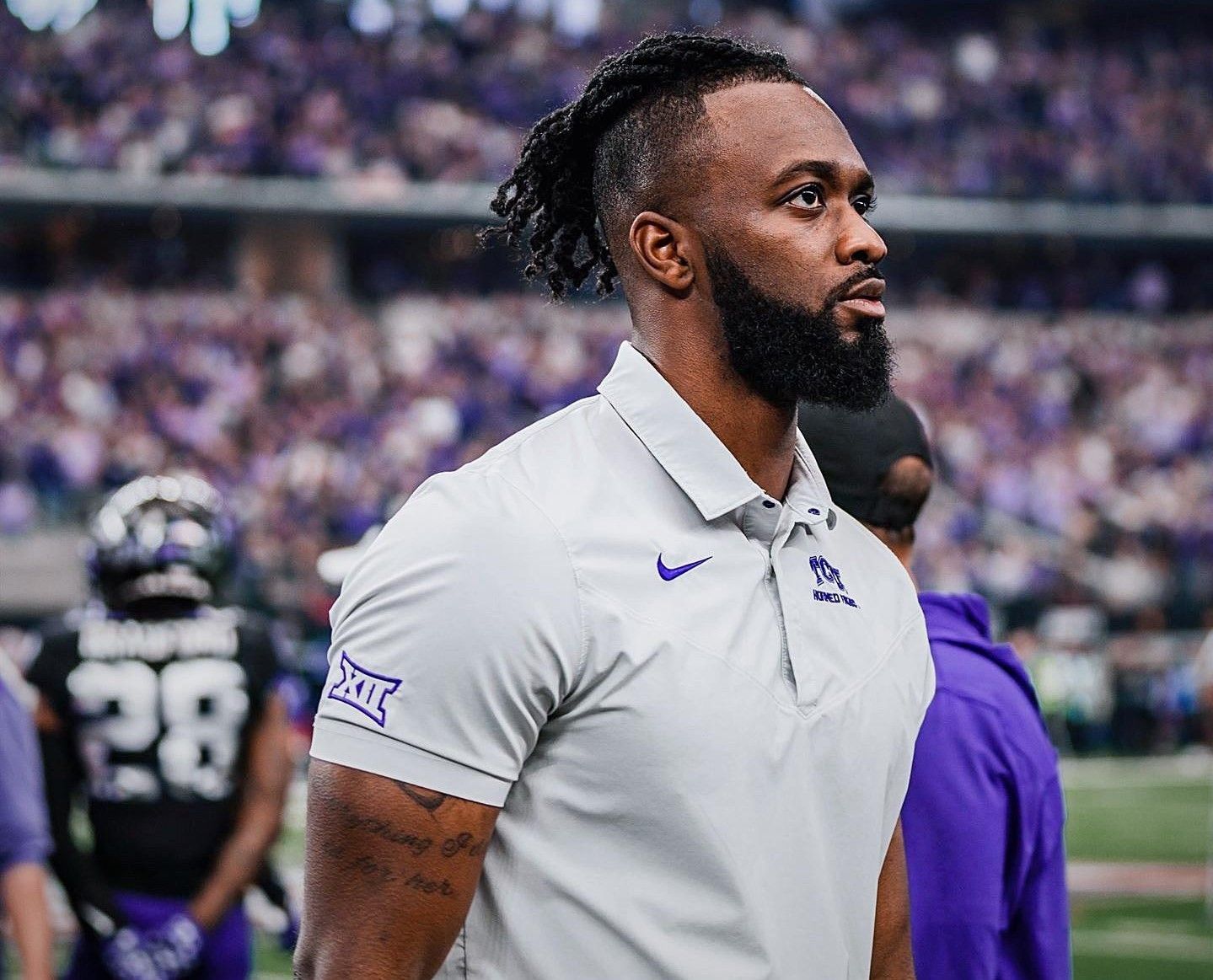 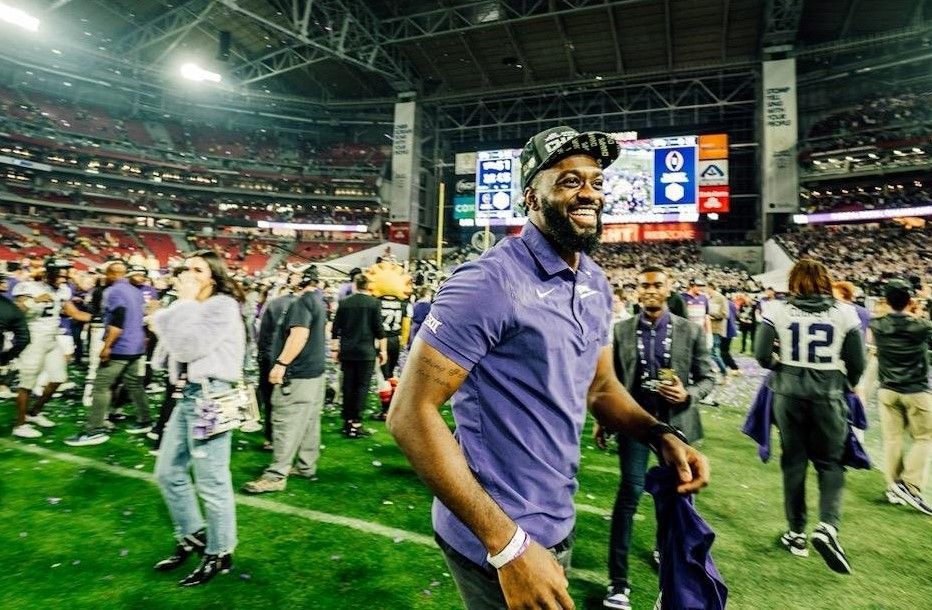 The Horned Frogs, whose only loss in a 13-1 season came against Kansas State in the Big 12 Conference championship game, earned their chance to play for the national championship with a 51-45 win over Michigan and Brown said he's been overwhelmed with the response from his friends and former teammates back home in Topeka, which started as soon as the College Football Playoff semifinal game ended.

"Oh yeah, my phone started blowing up,'' Brown said. "I told my girlfriend I had over 200 texts when I eventually got back to the locker room. I’ve appreciated all the love from everyone back home in Topeka -- the texts, calls, messages.

"They’ve all meant so much to me because those are the people who supported me from Day One, so thank you to everyone who has reached out and know that I appreciate it.''

Brown, who played football and basketball at West, graduating in 2010, and wide receiver at Washburn, landed his position as assistant director of  human performance at TCU after stints on the strength and conditioning staffs at Washburn, the University of Kansas, Troy and Middle Tennessee State.

"I had gone to a Hammer Strength Conference in Atlanta during 2019 while I was a graduate assistant at Troy University, which is where I was fortunate enough to first meet coach Kaz Kazadi who I now work under here at TCU. We developed a relationship and stayed in touch, so when he was hired by TCU he had an opportunity available on his staff and he called me up and offered it to me . I said, 'Yes sir,' and left Middle Tennessee State and moved to Forth Worth a year ago this week.''

Like most young athletes, Brown grew up dreaming of playing pro football, but a string of injuries at Topeka West and Washburn eventually changed his career path.

"I always aspired to play football professionally, but suffering numerous injuries as a player forced me to shift my thinking from playing toward what realistically would work for my career long term,'' he said. "Injuries were very hard on me mentally, but that adversity ultimately provided me with direction and shaped me into who I am today.

"I had to think about what was realistic for me career-wise that was still in the football space. Being around football is what makes me happy, and my goal is to always enjoy what I’m doing so leaving football wasn’t an option I considered. Being a strength and conditioning coach perfectly balances what I love with what I’m good at.''

Brown said his first year at TCU has been everything he hoped it could be.

"I’m involved in a number of different facets of our program and work hands-on with all of the players on a daily basis, but my main areas of focus are to serve as our movement specialist, assist with tracking data for all of our technology that we use whether it’s GPS data or recovery usage, and to develop and guide our developmental group so that their potential is maximized,'' Brown said. "I also work closely with Coach Kaz on our Sports Psychology/Lifestyle presentations for our athletes.''

Obviously, getting the chance to play for a national title is a highlight for everybody associated with the TCU progam, but Brown said the Horned Frogs are preparing this week  like they have all season.

"It’s been an incredible opportunity that I feel so blessed to be a part of,'' Brown said. "There are people who won’t ever get the chance to do this, and while the significance of what we’re competing for isn’t lost on me, at TCU we stress the importance of being emotionally flexible – ability to handle different situations in a balanced or non-defensive manner – not getting too high and not getting too low. We tend to practice the skill of Thinking Right.

Personally, Brown is thankful for how far he's progressed in his career in a relatively short period of time after finishing his career at Washburn in 2016.

"I’m appreciative of where I am, and so thankful for every stop I’ve had along the way,'' Brown said. "I just know that God has a plan for me and all I need to do is have faith in it and follow it. He’s led me to Kansas, to Troy, to Middle Tennessee, and now to TCU, so I know that as long as I keep working hard and keep God first that my steps are ordered and I’ll continue taking them and being guided where I am meant to be.

"I would love the opportunity to run my own program at a Power Five school or even in the NFL. Ultimately, I want to continue doing what I love and being happy while I do it, because I think enjoying what you do is a significant part of being successful. So as long as you enjoy it, then your career can never be considered work, but just a dream you get to live out every day.''