EDITOR'S NOTE: Over the coming weeks, TopSports.news will recognize hundreds of Shawnee County's all-time greats in 25 sports/categories as part of our Best of the Best project. Readers will have the opportunity to vote through July, with the Top 25 in all categories announced in August. To cast a vote for the Best of the Best, click on: https://linkto.run/p/4XB1UK5F. Email votes/nominations will also be accepted at This email address is being protected from spambots. You need JavaScript enabled to view it..

Shawnee County has been a hotbed for outstanding women's volleyball, with county high schools combining for 24 state championships while a long list of local products have gone on to achieve success at the collegiate level.

That makes picking the top player in county history a formidable task.

Shawnee Heights products Jazz Sweet, Megan Cooney and Faith Rottinghaus teamed up to help lead the T-Birds to a Class 5A state championship before Sweet went on to help Nebraska win a NCAA national championship, Cooney made it to the NCAA Final Four for Illninos and Rottinghaus has earned All-MIAA honors for Division II power Washburn. 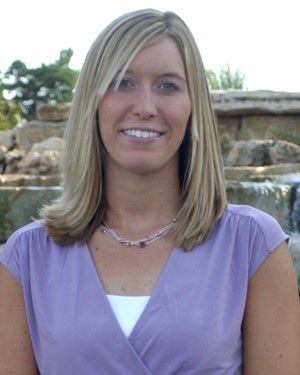 Another former T-Bird, Dani McHenry, won a pair of state high school titles and was an All-American at Washburn while Heights' Stefine Pease put together a Hall of Fame career at Lipscomb and Erica Cowhick was a standout at Washburn.

Rural, which has won seven Class 6A state championships, is well-represented on the list of top candidates to be named the Best of the Best, with former Junior Blues Alexa Bordewick, Kelsey Lewis, Alyssa Carney, Erika Lane, Sarah Vicory and Carly Bachelor and current star Brooklyn DeLeye joining Manns, Chipman and Gergen on the list.

Seaman product Breanna Lewis was an All-American at WU and the late Arica Shepard an All-American for Emporia State while Silver Lake's Alyssa Schultejans and Cair Paravel Latin's Peyton Williams were standouts for Kansas State and Hayden's Amanda Desch a mainstay for Central Oklahoma and Corrinne Stringer playing for Kansas, Pittsburg State and Washburn.

Seaman's Camryn Turner will launch her career at KU this fall after earning city and Centennial League player of the year honors the past two seasons and earning All-5A recognition.

There are 25 candidates listed to pick from at https://linkto.run/p/4XB1UK5F while readers are encouraged to write in the names of their favorites.