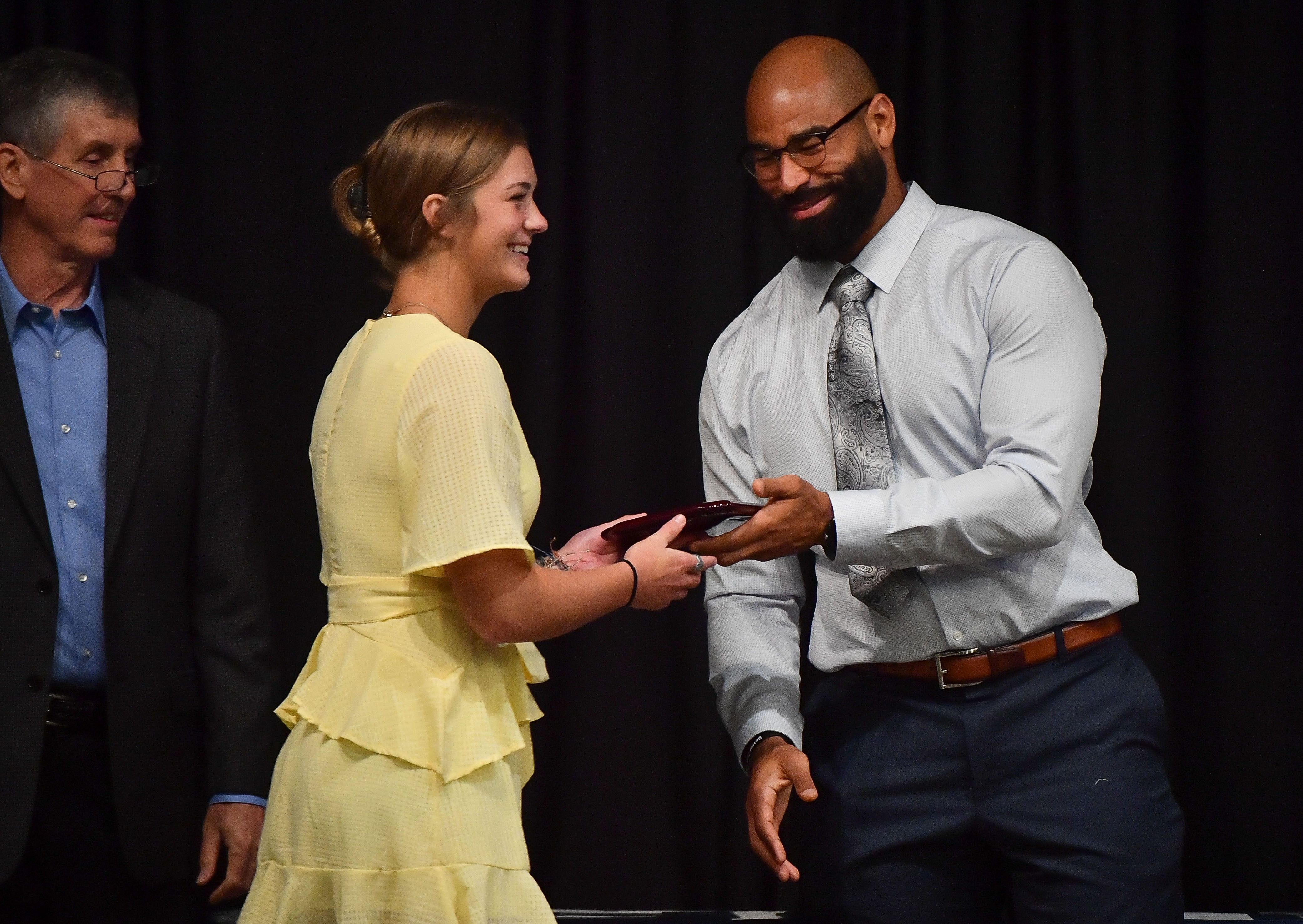 Hogle was a four-year varsity letter-winner in softball and earned All-Mid-East and All-Class 3A All-State honors all three seasons of her high school career.

Hogle also received All-3A recognition in volleyball and was a state medalist in wrestling while also being one of the valedictorians of her graduating class.

"Ellington was able to achieve these large feats because of a hard work ethic and attention to details that helps separate her from other athletes in our area,'' Silver Lake Nick Hamilton said.

Purnell was a four-year varsity letterman in football and also played basketball and baseball during his high school career.

Purnell was a two-time All-City Top 11 selection and earned All-Class 3A honors as a senior while being named the Wildcats' Most Valuable Player and picked to play in the Kansas Shrine Bowl.

"Desmond Purnell is a natural athlete with a team-oriented attitude that makes everyone around him better,'' Hayden football coach Bill Arnold said. "He's not only an outstanding athlete, but an even better person with a good heart.''

Purnell will play his college football at Kansas State and is currently involved in preseason preparations for the Wildcats.