Legendary Silver Lake football coach C.J. Hamilton, who just completed his 46th year with the Eagles, has been selected to receive the Lifetime Achievement Award from the Coach Bill Snyder Family/Sunflower Chapter of the National Football Foundation. 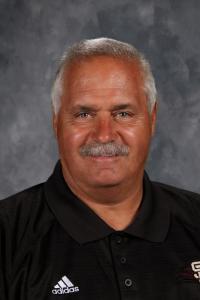 Andale football coach Dylan Schmidt will also be honored by the Snyder/Sunflower Chapter of the NFF, receiving the Don Fambrough Coach of the Year award for the 2020-21 academic year.

“Coach Schmidt and Coach Hamilton are most deserving of this recognition,” chapter president Gerry McGuire said. “They are well respected by their peers and they produce winners on and off the field. We congratulate them on their success.”

Hamilton’s 46-year tenure at Silver Lake began in 1973, and after spending the 1977-78 seasons at Washburn University as the defensive backs coach, he returned to coach the Eagles in 1979.

Hamilton has won 82 percent of his games with the Eagles, posting a 438-95 record.

Schmidt is 48-2 in four years at Andale and 51-8 overall and will receive an award honoring the legendary late Kansas head football coach, Fambrough, who was also a member of the Jayhawks’ 1947 Orange Bowl team.

An Andale alumnus, he was an NCAA Division I track and field athlete, first at Kansas State and then Wichita State, where he earned two undergraduate degrees and a master’s degree.