WICHITA -- Shawnee Heights sophomore star Jeremiah Smith established himself as one of the state's premier track performers right out of the gate this spring and, except for being forced to nurse a midseason injury, never looked back.

Still, the T-Bird star sprinter/hurdler wasn't necessarily expecting the kind of day he had Thursday in the Class 5A state track and field championships at Cessna Stadium.

Smith started his big day with a win in the 110-meter high hurdles and then edged Hays standout Jaren Kanak in both the 100 and 200-meter dashes to go three for three in his state track debut.

"I'm a bit surprised," said Smith, who returned to action the final two weeks of the 2021 season after recovering from a slight groin injury. "It does mean a lot, especially going against the best in the state.'' 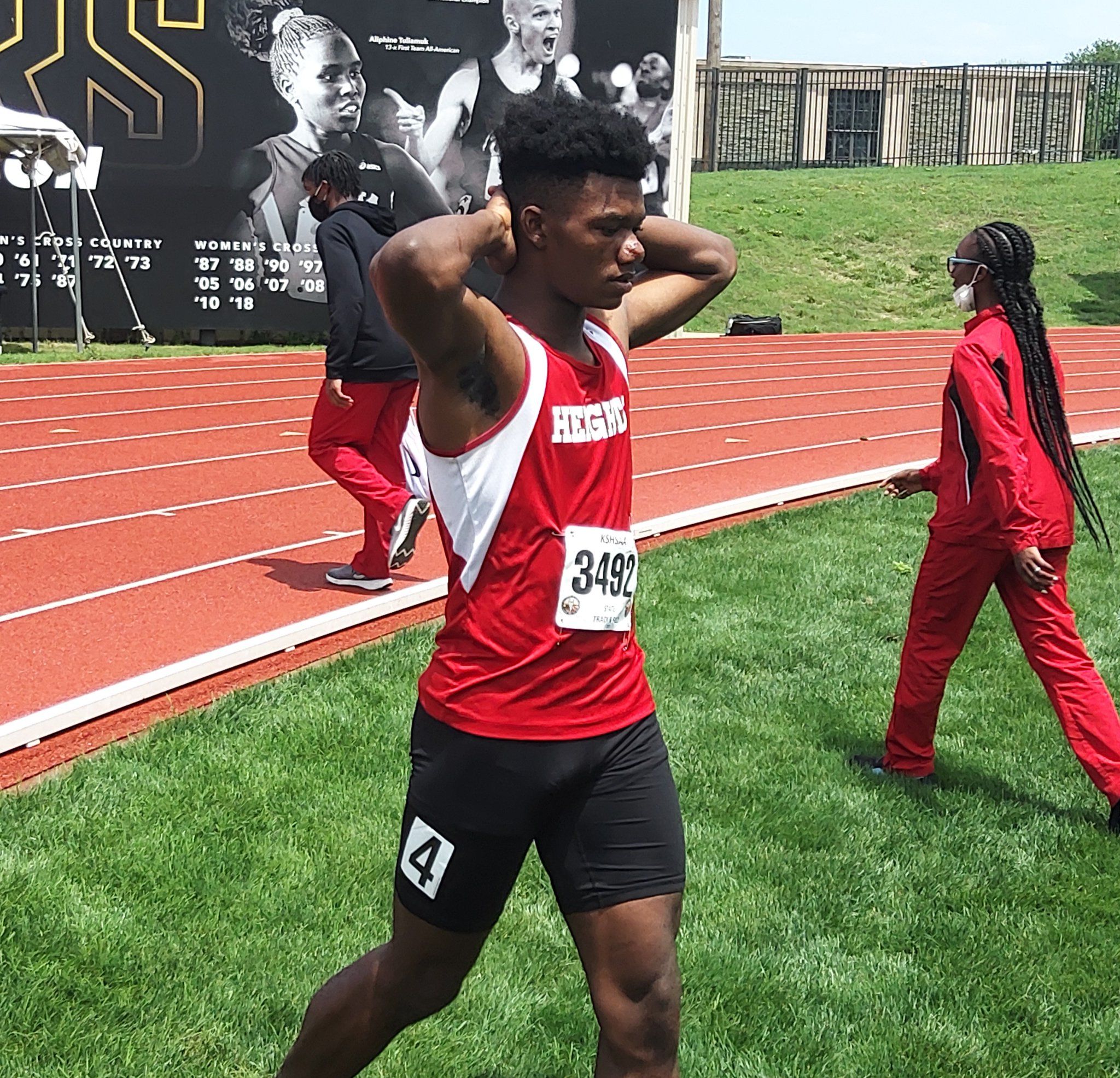 Shawnee Heights sophomore Jeremiah Smith cools off after one of his six race wins (preliminaries and finals) in Thursday's Class 5A state meet at Wichita. [Photo by Rick Peterson/TSN]

Dream matchups in the 100 and 200 between Smith, Kanak and Lansing's Malik Benson lost some of their lustre when Benson was scratched from the state meet due to a school-related issue, but Smith and Kanak still put on a show in their head-to-head matchups, with Smith rallying to edge Kanak in the 100 by a 10.52-10.58 margin and using the same late-race surge to win the 200 in 21.92, with Kanak second in 22.06.

"I thought I was going to get second or third," Smith said. "I do this thing where I lower my head and start over kind of, a mental thing. I think it gives me a little more drive to keep going. Like a re-charge." 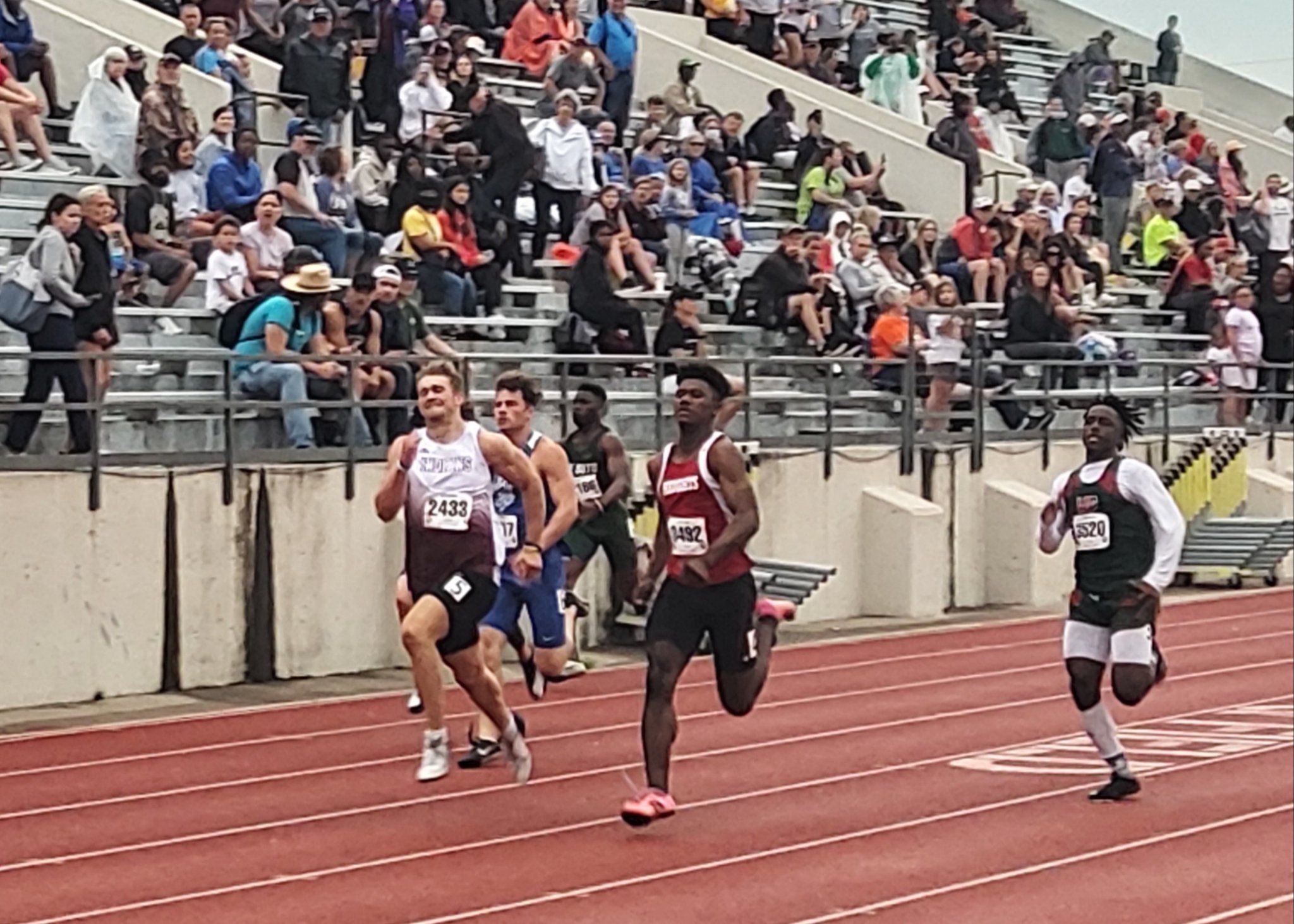 Smith's win in the 110 highs was his most decisive of the day, with Smith winning in 14.74 seconds while Spring Hill's Otto Knittel finished second in 14.93.

Topeka West sophomore Tyrell Reed finished third in the 100 in 10.74 with a career-best time.

Highland Park sophomore Tre Richardson also turned in a breakout performance in his first state meet, placing third in the triple jump at 45-4 and placing fourth in the 200 in 22.37.

Richardson, who split time between baseball and track this spring, said he's already looking forward to next track season.

"I'm not even in track shape," Richardson said. "I just wanted to make finals in everything and I did. I think I could do a little better with more stamina." 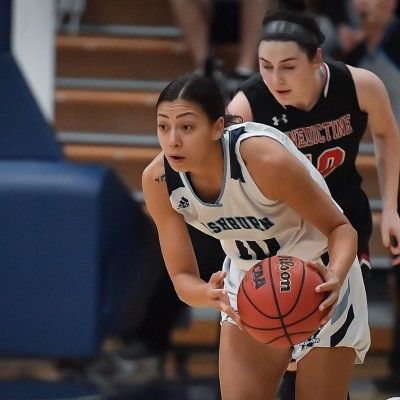