Silver Lake's softball team stared elimination in the face in Tuesday's Class 3A regional tournament at Gahnstrom Field and lived to play another week.

The Eagles needed a last-inning rally to pull out an 11-10 semifinal victory over Santa Fe Trail before punching their ticket to next week's state tournament at Manhattan with an 11-6 championship-game over Oskalosa.

The semifinal went back and forth before Silver Lake, now 20-3, took the walkoff victory and the Eagles also fell behind 1-0 in the championship game before taking control with nine runs over their first three at-bats and holding off the Bears (18-5) the rest of the way.

"The first game put things into perspective that the season can end any time and we have to work for everything,'' Silver Lake senior shorstop Ellington Hogle said. "It was a little bit scary thinking that we were one out away from the season ending but we fought back.'' Silver Lake senior Ellington Hogle, (15) who had a three-run homer and a run-scoring double, is congratulated by freshman Hailey Horton during Tuesday's 11-6 win over Oskaloosa Tuesday at Washburn. [Photo by Rex Wolf/TSN]

Silver Lake also trailed in the championship game after Oskaloosa senior Regan Curry hit a one-out solo homer in the top of the first, but the Eagles answered with two runs in the bottom of the first, three runs in the second and four in the third to take a 9-1 advantage.

"We definitely knew that no matter what was thrown at us we were going to fight back,'' said Hogle, who had a three-run home run and a run-scoring double for the Eagles. "If they threw one punch we were going to throw two.''

"If anybody's followed us all year we've kind of played from behind a little bit, but I asked these girls at the beginning of the year to trust the process and trust themselves and they have trusted each other and they'll play to the end,'' Hamilton said. "They don't know any better, they don't look at that scoreboard.''

In addition to Hogle's big game against Oskaloosa, freshman first baseman Makenzie McDaniel hit a two-run homer and had a run-scoring singles while junior left-fielder Taryn Burkhardt had three hits, including a double, and two RBI and freshman center-fielder Kaibryn Kruger had three hits, with a double.

Silver Lake freshman Makenzie McDaniel, who had a two-run homer and three RBI against Oskaloosa, watches the flight of the ball Tuesday. [Photo by Rex Wolf/TSN] 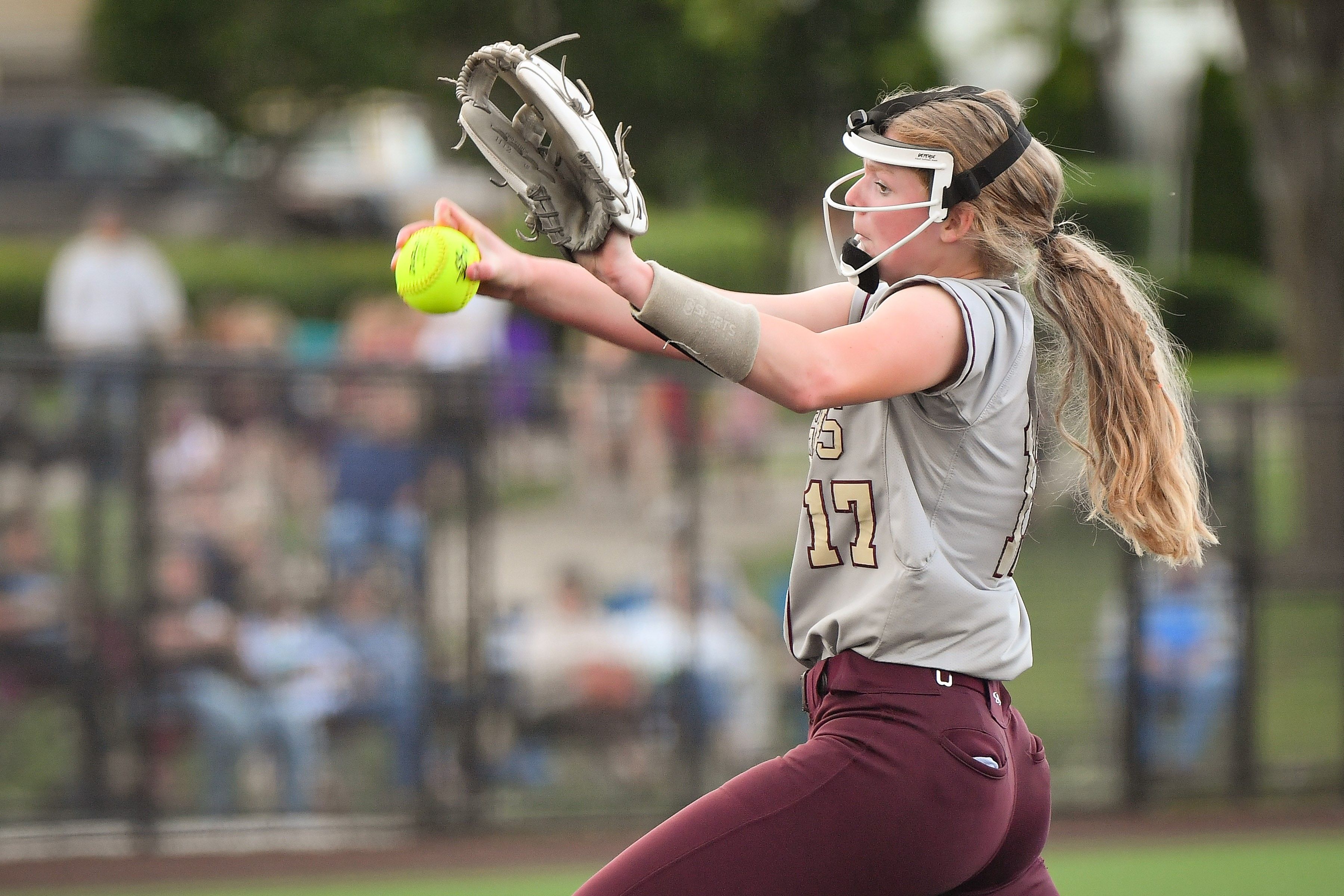 Oskaloosa senior catcher Sophia Rockhold had a three-run homer and a triple.

The 3A state tournament is scheduled for next Thursday and Friday (May 27-28) at Manhattan's Twin Oaka Complex.