Topeka High's boys basketball program will be led by its third head coach in four seasons in 2021-22 after the resignation of Trojan coach Eric King.

King confirmed to TopSports.news Monday that he was leaving his coaching post after two seasons and plans to retire from coaching, but intends to remain at Topeka High as a physical education teacher.

"I've had a great career and I want to retire with grace,'' King said. "I love being inTopeka, I love my school and hopefully they still want me to stick around and be a P.E. teacher. I'll support from the back.'' 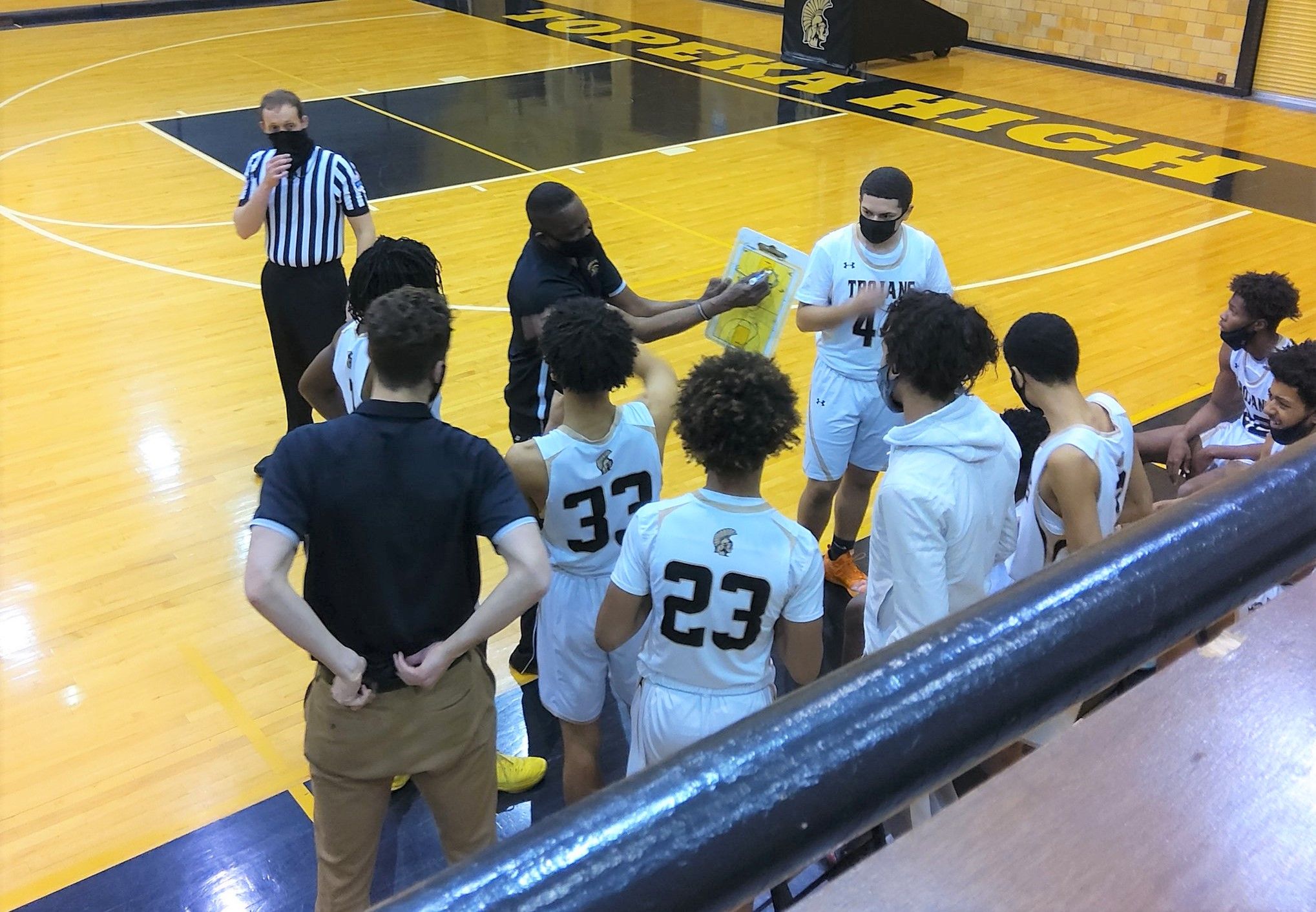 King replaced Pat Denney as Topeka High's head coach after the 2018-19 season and led the Trojans to a 16-6 record and a share of the Centennial League championship in '19-'20 before High slumped to 3-17 this past season.

King, 51, came to High after a successful 15-year career at Kansas City-Washington, leading the Wildcats to multiple state tournament appearances, including a berth in the Class 5A state championship game in 2011 and back-to-back state tournament berths in ’15 and ’16. The Wildcats placed third in ’16.

After a solid first season at High, the Trojans fought through injuries this winter while King also had to deal with a leg ailment of his own.

"I've won nine league championships altogether and been to the state tournament six or seven times and played for a state championship, so I've had a great career and I'm just to go ahead and fade on out with glory,'' King said.