Ichabod baseball bounces back to take series from Hornets

Comebacks were the theme of the day in Saturday's Washburn University-Emporia State MIAA baseball twinbill at Falley Field, with both the Ichabods and Hornets rallying for victories.

After letting a 10-1 lead get away in a 13-10 first-game loss, the Ichabods rebounded from a 4-0 deficit to take a 5-4 victory over Emporia State in the series finale and win the series two games to one. 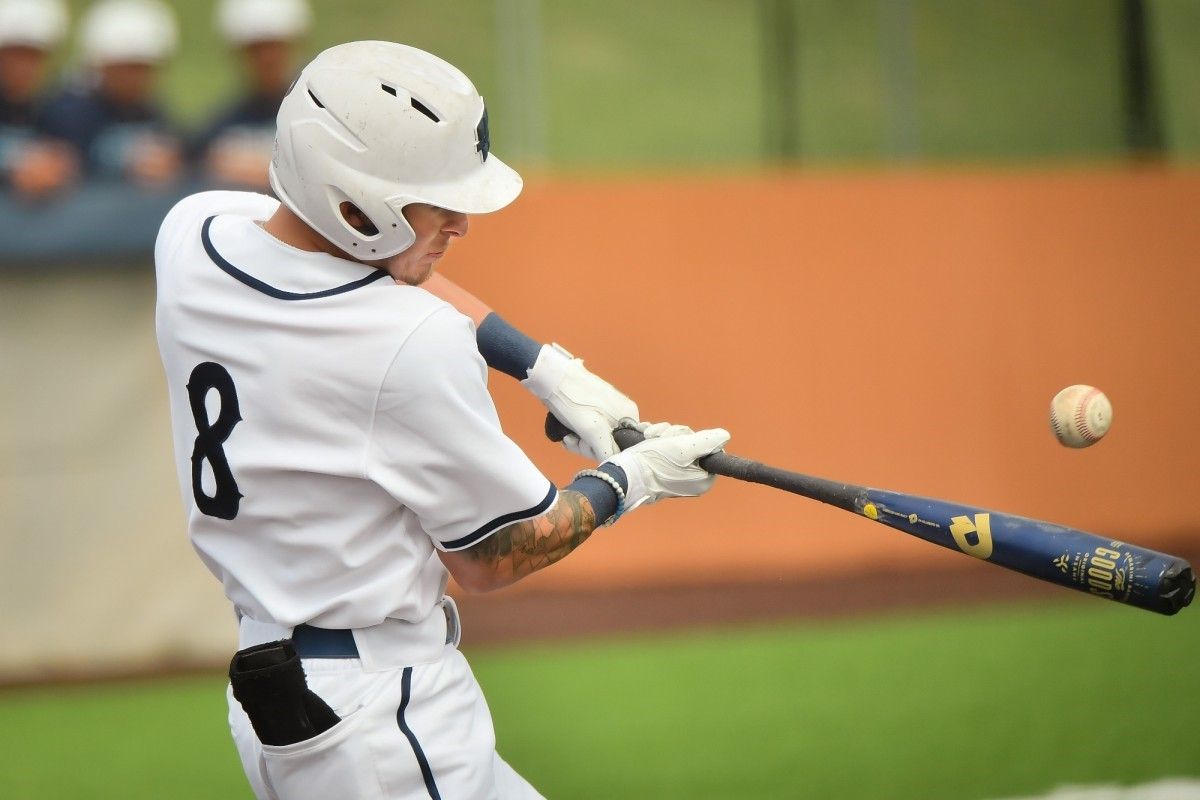 Washburn's Tyler Clark-Chiapparelli drove in the tying and game-winning runs in the Ichabods' 5-4 second-game win over Emporia State Saturday at Falley Field. [Photo by Rex Wolf/TSN]

The Hornets (11-16 overall, 7-14 in the MIAA) scored eight runs in the top of the ninth to take the first game, but Washburn (10-17, 9-12) turned the tables in Game 2, with Tyler Clark-Chiapparelli driving in the tying run with a sacrifice fly in the sixth inning and plating the game-winning run in the bottom of the eighth with a run-scoring single.

Washburn was in control for most of the opener, tying the game at 1-1 with a first-inning home run from Eric Hinostroza and then scoring three times in the bottom of the second on run-scoring doubles from Clark-Chiapparelli, Shawnee Heights product Cole Emerson and Xavier De Leon.

The Ichabods tacked on six runs on six hits in the fourth to take a 10-1 advantage, getting a two-run home run from Peter Shearer, a three-run homer from Parker Dunn and a run-scoring single from Kros Bay. 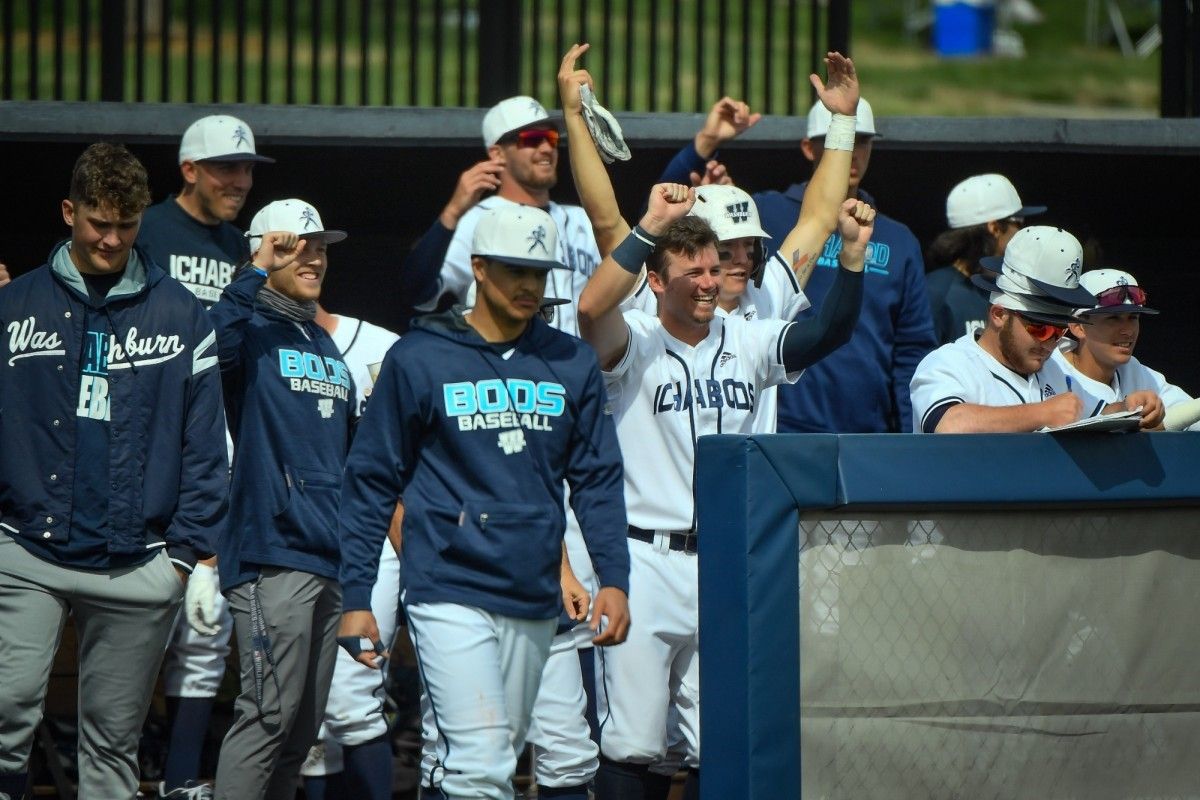 Emporia State got back in the game with two runs in the fifth and two in the eighth before the Hornets erupted for eight runs on five hits in the top of the ninth while also capitalizing on three Ichabod errors.

Hinostroza and Clark-Chiapparelli both had two first-game hits for the Ichabods and scored twice.

Emporia State drew first blood in the second game with a run in the first and the Hornets went up 3-0 in the fourth and 4-0 in the fifth on a solo home run from Chanler Bloomer.

The remainder of the game belonged to the Ichabods, however.

Washburn cut its deficit to 4-2 in the bottom of the fifth on back-to-back sacrifice flies from Emerson and De Leon before Shearer got the Ichabods within a run with a home run and Clark-Chiapparelli's sac fly scoring Zion Bowlin, who had walked, with the tying run.

With two outs in the bottom of the eighth, Bowlin and Bay both drew walks to put runners on first and second before Clark-Chiapparelli's single up the middle scored Bowlin with the game-winning run.

Zach Philbin turned in two strong innings of relief pitching for WU after taking over for starter Sean McElwee in the seventh before Joel Casillas came on to close out the win,

Washburn's Carson Sader ended the game when he threw out the potential game-tying run at home plate.

Philbin picked up his first career Washburn victory while Casillias earned his first save.

Shawnee Heights product Drew Repp got the pitching start for Emporia State in the second game and worked five innings, but was not involved in the decision.

The Ichabods will host Rogers State next weekend at Falley Field.