Shawnee Heights star junior wrestler Maranda Bell, currently ranked No. 2 in the Division I girls state rankings, has suffered tough losses the past two weeks in matches that went down to the wire against top-ranked Washburn Rural senior Dajia Anderson.

But Bell thinks those defeats -- 4-2 on a last-second takedown at regionals and 8-7 last week at sub-state -- has actually raised her confidence level entering Thursday's Division I state tournament at Park City's Hartman Arena (12 p.m. start).

"I have gained confidence from them,'' said Bell, who will take a 28-4 record into the state meet. "I know what I can do and I know what I'm capable of and I think I can use that.''

Shawnee Heights' Maranda Bell (left) and Washburn Rural's Dajia Anderson could go head to head for a third straight week if both make it to the finals of the Division I state tournament at Hartman Arena. [Photo by Rex Wolf/TSN]

Heights coach Chad Parks also believes Bell is a better wrestler than she was just a couple of weeks ago.

"Absolutely,'' Parks said. "I think Maranda's definitely gained confidence. Maranda had to sit out for some (COVID-19) quarantine things for awhile and she wasn't quite in wrestling shape, so going into those battles has gotten her in the shape needs to be in. We feel great with her shape right now and when you're in shape you can open up and do more.''

Bell feels like she's back close to 100 percent for state after her forced hiatus.

"It was right before regionals,'' she said. "I was out for two weeks and went back the Wednesday before regionals. It hurt me quite a bit, just because my endurance was down, but I saw improvement at sub-state compared to regionals. I was a lot less tired in my matches.

"The harder I work it builds (my conditioning) back a lot faster than slacking off would of. Endurance-wise I think I'm probably about 95 percent and then my moves, I have them back pretty good.''

Bell and Anderson, last year's state champion at 235, are on opposite sides of the 191 bracket and would not meet until the state championship match.

And if that happens, Parks expects another monumental battle between the two stalwarts.

"They're just a good matchup,'' Parks said. "Both of those girls wrestle each other tough and I think they're both going to be motivated and we're excited about it.''

Bell is excited just to get the opportunity to wrestle at state after not qualifying for the inaugural KSHSAA girls state meet.

"I didn't go (to state) because I got knocked out at regionals because I had a shoulder injury right before,'' she said.

"I think overall I've really improved compared to last year and I think I'm where I need to be to challenge people at state.'' 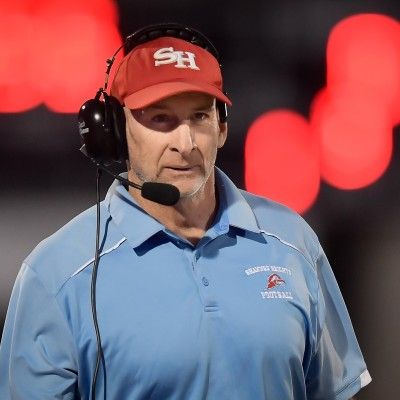