It’s been a full year, but Washburn Rural senior standout wrestler Rebekah Smith still hasn't got a heartbreaking loss at last year’s girls state tournament out of her mind.

But instead of sulking about that 4-3 loss to Abilene’s Lindsey Buechman in the 170-pound semifinals, Smith has used it as motivation as she takes aim on the 155-pound championship in Thursday’s Division I state tourney at Park City’s Hartman Arena.

“I was down by 1 point and there were 18 seconds left,’’ Smith said about her semifinal loss. “I was in neutral and I tried to get a takedown at the very end and they didn’t count the takedown, which cost me that match.

“Ever since that match I’ve been striving harder and harder. Every day and every competition that moment sticks in the back of my mind and that pushes me to keep going.’’ 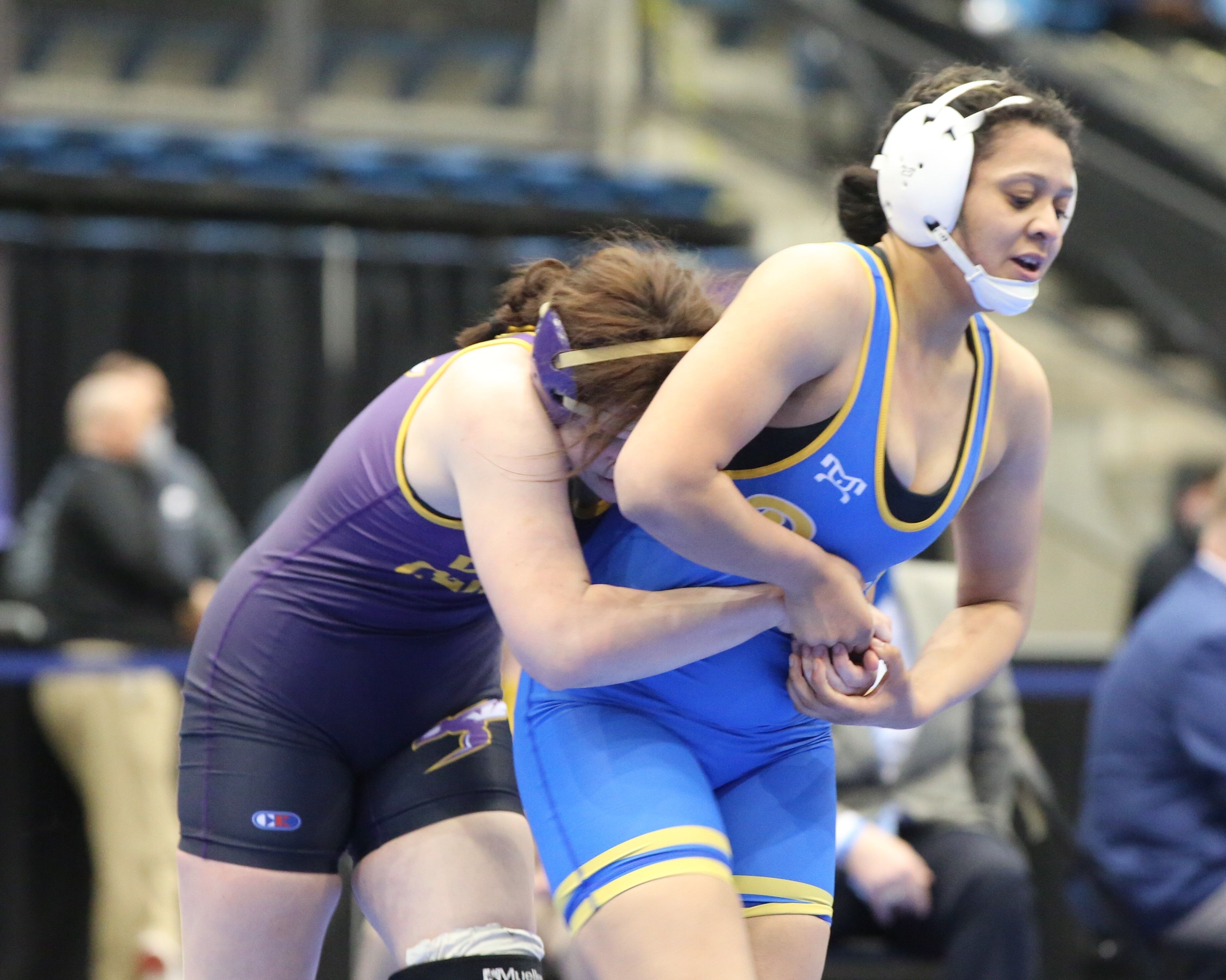 Washburn Rural senior wrestler Rebekah Smith has her sights set on the 155-pound state title after finishing 3rd as a junior. [Photo by Rex Wolf/TSN]

Smith bounced back to post a third-place finish in last year’s state meet to help Rural win the team title by an 84-80 margin over Great Bend and enters Thursday’s tournament No.1-ranked by the Kansas Wrestling Coaches Association at 155 pounds after moving down to that weight this season.

Smith is undefeated at 155, with her lone loss coming against Leavenworth’s Hannah Jackson (No. 2-ranked in 6A) in a 170-pound match, and is 17-1 on the season for a Washburn Rural team that will be looking to repeat its team title.

Washburn Rural has already won Centennial League, Division I regional and sub-state team titles and is No. 1 in the KWCA team rankings entering Thursday's tournament, which will begin with first-round matches at 12 p.m..

“It’s one of the best moments we’ve had and we don’t want to lose that title to anybody else.’’

Smith is one of six Rural wrestlers who are state-ranked entering Thursday’s state event, including her regular training partner, junior Jaliah Johnson, who is No. 3 at 170.

Smith credits Johnson for helping her continue to improve.

“She’s one beast,’’ Smith said of Johnson. “We scramble like crazy. It’s just back and forth with us.’’

And although Thursday will close out her high school wrestling career, Smith, who didn’t take up the sport until last season, plans to continue wrestling at the collegiate level. 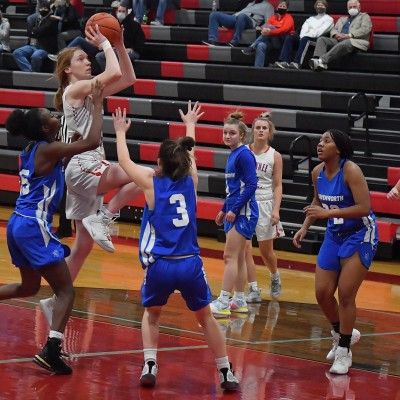