No. 5-ranked Ichabods set for return at Northeastern

Washburn University’s men’s basketball team has a lot to feel good about as the Ichabods prepare to open the 2021 portion of their schedule.

The Ichabods are a perfect 6-0 in the always-tough Mid-America Intercollegiate Athletics Association and have climbed to No. 5 in the most recent National Association of Basketball Coaches Poll, the Ichabods’ highest ranking since being ranked No. 2 in the 2012-13 season. 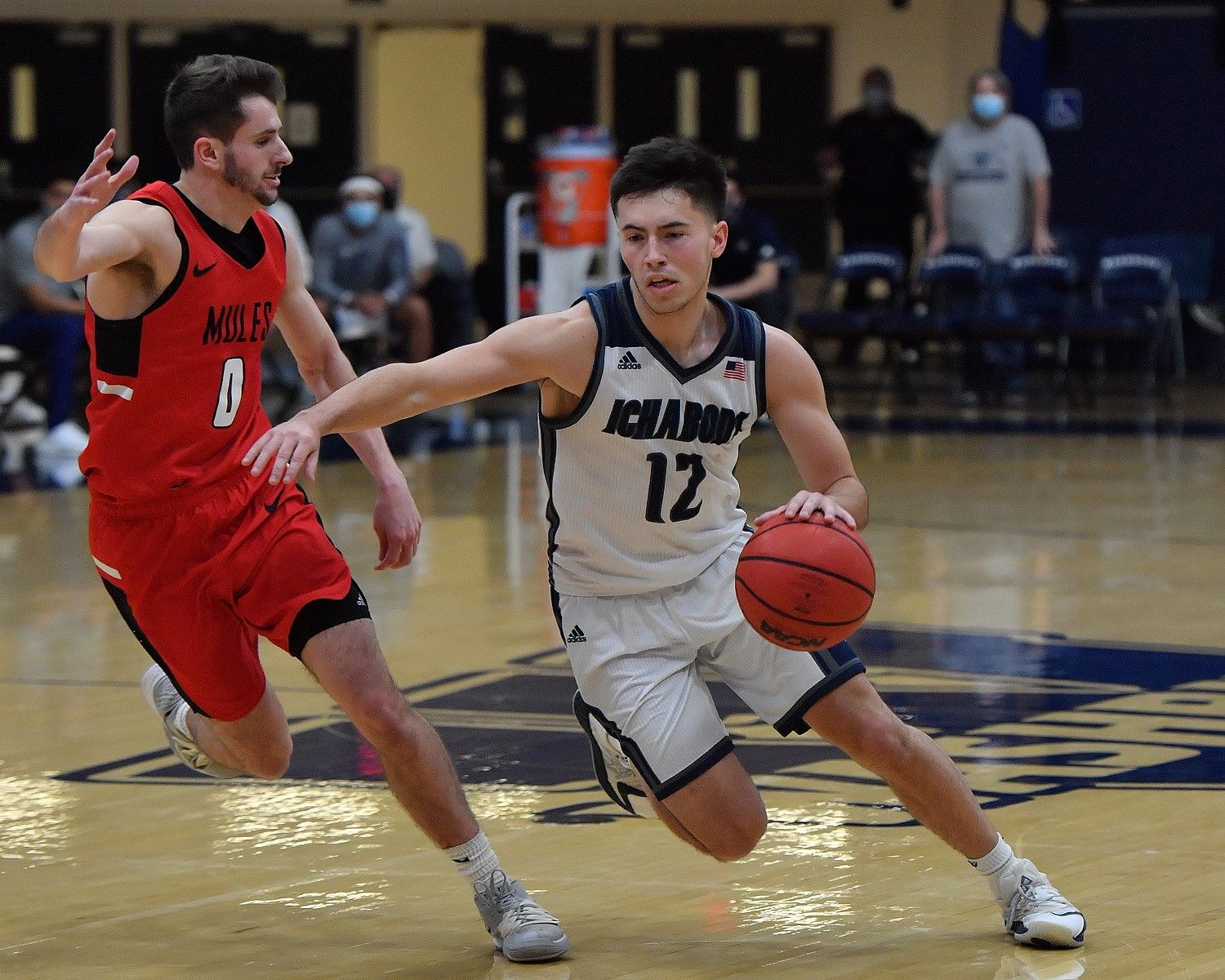 But while Washburn coach Brett Ballard, whose team is scheduled to return to action at 2 p.m. Saturday at Northeastern State (Okla.), is proud of what his team has accomplished thus far, he may be just as proud of the attitude the Ichabods have displayed throughout their early-season success.

“I think our guys are excited and proud of what they’ve done so far to a degree, but they understand the big picture and that we’ve got a lot left to go through and a lot left to accomplish,’’ Ballard said. “I certainly don’t think they’re puffing their chest out.’’

Of course, Ballard also knows that WU’s quick start, particularly while dealing with the major distractions due to the coronavirus, is nothing to take lightly.

“I told our guys I think they should feel a sense of accomplishment in what we’ve been able to do so far and feel good about it,’’ Ballard said. “I’m also thankful that we’ve been healthy enough to do this.

Senior Tyler Geiman, a first-team All-MIAA pick last season, is averaging 15.3 points and 6.3 rebounds for the balanced Ichabods while dishing out 40 assists and committing just 15 turnovers.

Ballard also mentioned sophomores Tyler Nelson and Connor Deffebaugh and redshirt freshman Levi Braun, a former Hayden standout, for the strides they have made and said the entire Ichabod team has shown improvement.

Washburn has used this week to shake the rust off after returning from what Ballard feels was a much-needed holiday break.

“At the Division I level some of those guys didn’t let their guys go home and I personally don’t understand that,’’ he said. “I get that sometimes the schedule dictates that, but I think that break is incredible. We went home Saturday (Dec.) 19th, so they got seven full days off and I think physically it’s obviously beneficial, but also mentally.

“Our guys, really since we got in here in August, haven’t had a break and just in general that’s tough on them, but obviously with all the COVID stuff going on, getting a mental break may be even more important. They’ve come back and you can tell mentally they’re excited and refreshed.’’

Washburn will need to get back in top form in a hurry, opening 2021 with three straight road games, two against nationally-ranked teams.

“Our league is really good and our schedule coming up is challenging,’’ Ballard said. “We go to Northeastern Oklahoma, to Northwest Missouri, which is ranked No. 1 in the country, and then to Missouri Western, which is in the top 25 (22nd).

“I loved the week off and I think it was great for our coaching staff and our players and we needed this week to get ready, but I think by Saturday we’ll be good to go and get rolling again. We’ve got two months to really lock in and we know this league will be a grind so we’ve got to be focused and together.’’

WU WOMEN’S GAME POSTPONED – Washburn’s women, 2-4 on the year, will have to wait a while longer to return to action, with Saturday’s game at Northeastern State postponed due to COVID-19 protocols on the Riverhawks’ squad.

Washhburn also had its final game of ’20 against Lincoln postponed and is now slated to return on Jan. 7 at Northwest Missouri.