Shawnee Heights looked like a defensive juggernaut in the first half, but the lack of made shots and non-offensive capitalization haunted the T-Birds at the end of a 59-46 loss to United Kansas Conference foe De Soto Friday night at Heights. 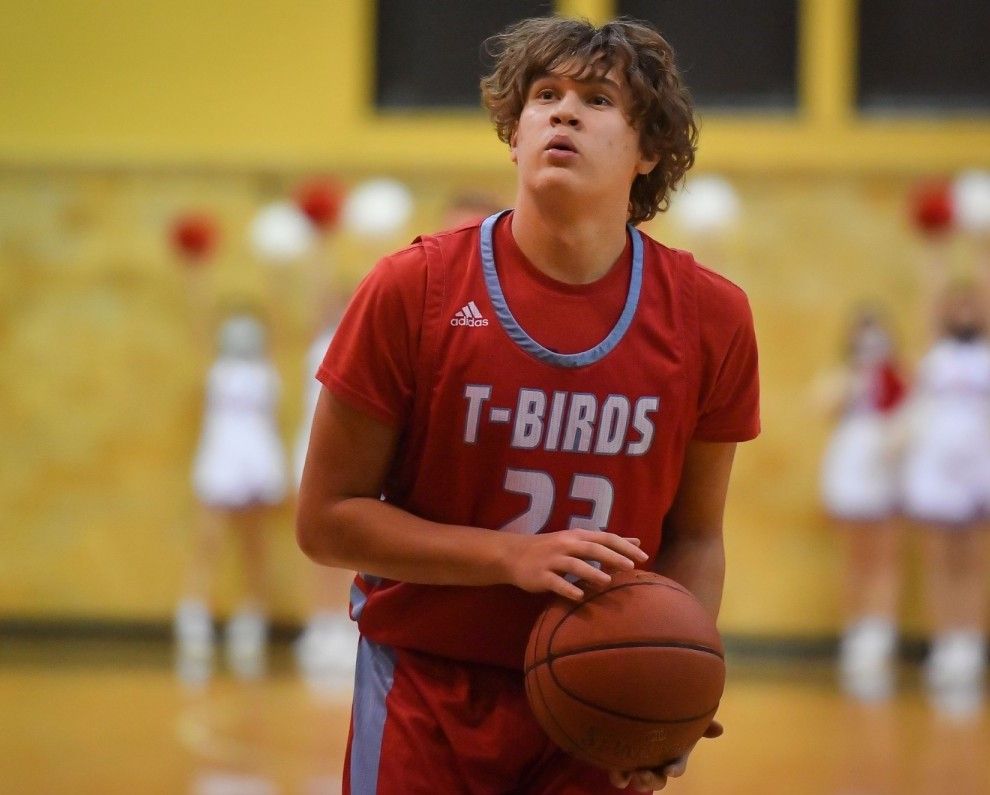 Class 5A No. 7-ranked De Soto was a tough opening draw for the Thunderbirds as De Soto made it to last year’s Class 5A State Championship game, losing to Seaman.

“When De Soto decided they needed to go get a bucket, they just went and got it, and we don’t have that,” Darting said. “That doesn’t bother me. You are what you are. We came out and just got in them. We held this team to 25 points in the first half tonight when they were the state runner-up last year. But we got 16. You’re not going to beat a state-level team when you only score 16 points in a half. We can’t score.”

Darting also acknowledged that some of his team competed how he wanted it to despite not being pleased with the overall performance.

“We had five or six kids that just broke their rear, and they’re dead tired,” Darting said. “But we had selfishness tonight. We wanted to fight with each other instead of the other team. It was not a good performance, and we must fix that.”

Although the Thunderbird defense was imposing, the Shawnee Heights offense was sluggish. Shawnee Heights could only score six points in the opening quarter, but luckily, the defense held De Soto to 10 points.

De Soto caught fire near the end of the second quarter. The Wildcats went on a 9-2 run to close out the half, giving the Wildcats the confidence they needed to exploit Shawnee Heights.

De Soto star junior point guard David Cobin had the hot hand in Friday night’s contest. Cobin, who would finish with 20 points on the night, was a spark plug for De Soto in that game-changing second quarter.

De Soto would jump out to big runs in the third and fourth quarters, making the game impossible for Shawnee Heights to mount a comeback in the loss.

Despite the offensive struggles, Shawnee Heights did see a good shooting night from its 6-foot-3 sophomore, Jaret Sanchez, who scored a team-high 14 points.