No. 15-ranked Washburn University volleyball, last season's national runnerup, will be looking to defend its NCAA Central Region title this weekend in Wayne, Neb. as the Ichabods make their 17th trip to the NCAA tournament.

Washburn, coming off its first-ever MIAA Tournament championship, will open this year's postseason bid against No. 6-ranked Minnesota Duluth in a 12 p.m. Friday quarterfinal. 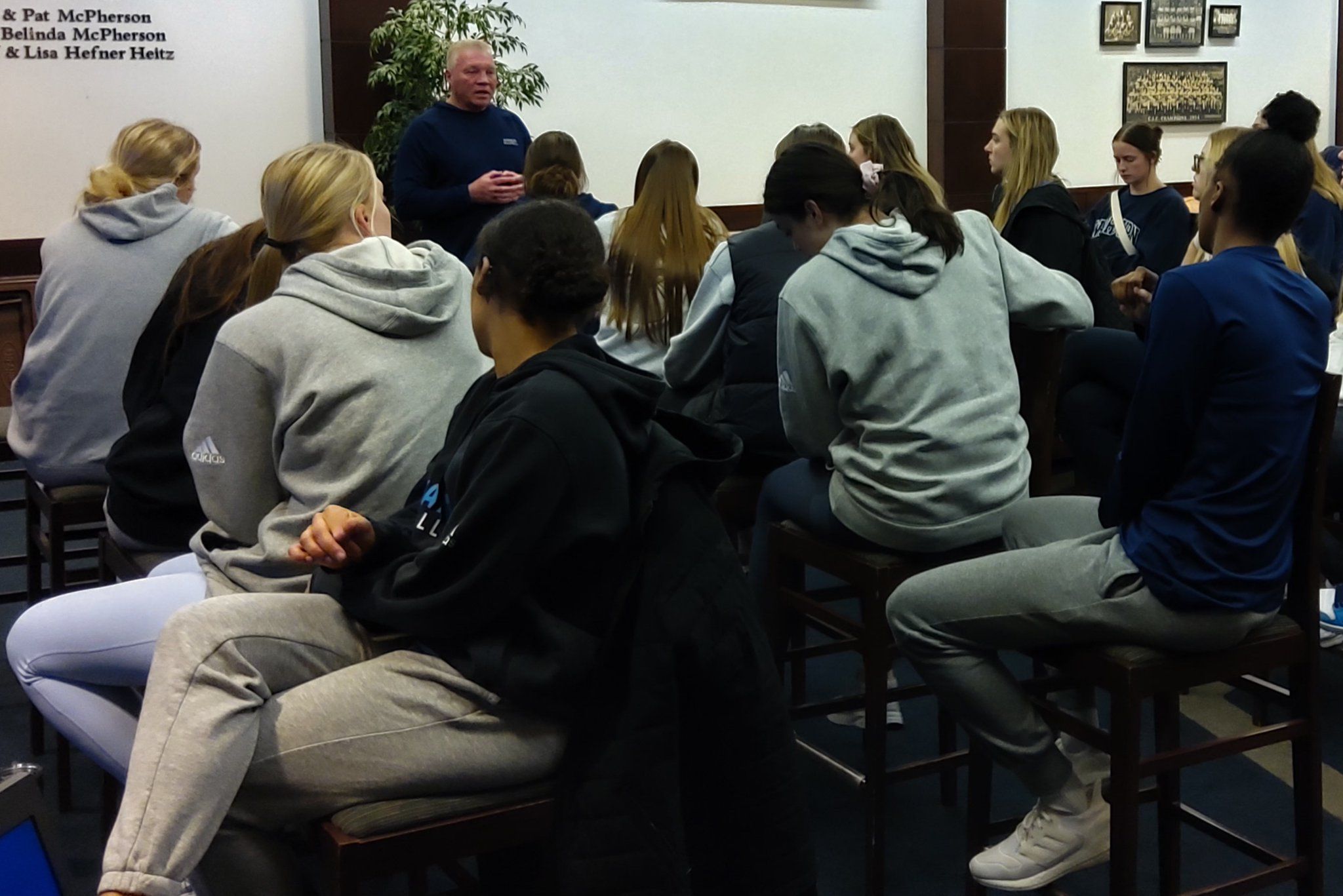 Washburn volleyball coach Chris Herron talks to his team Sunday night after the Ichabods were installed as the No. 6 seed in the NCAA Central Region. [Photo by Rick Peterson/TSN]

The Ichabods (24-7) are the regional tournament's No. 6 seed and will face No. 3 seed Minnesota Duluth (26-4). The Bulldogs fell in the NSIC semifinal against Concordia-St. Paul last week.

After losing their regular-season finale to Misouri Western, the Ichabods bounced back in a big way in the MIAA Tournament, defeating three straight nationally-ranked teams.

"We got an opportunity to show ourselves and show everybody that it wasn't necessarily about what happened in the past,'' Washburn libero Sydney Pullen said. "We had a new opportunity and we got to capitalize on that and it worked out well for us. We had a lot of fun.''

Washburn coach Chris Herron said his team did a great job of putting the pressure aside in the conference tournament and will try to do the same thing this week.

"We kept using the term, 'We're playing with house money here,' '' Herron said. "We played with no fear, we played loose. We danced a lot and there was lots of singing.

"Shayla (Conner, WU assistant) and the rest of our staff do an incredible job of keeping the team lose. They've done a really good job of keeping our kids ready.''

According to the regional seedings, Washburn is an underdog again this week, but Herron said the Ichabods can't worry about that.

"We're going to play really, really hard and then we're going to feel good about ourselves when we leave the building,'' he said.

"We have nothing to lose so we might as well give it our all,'' Pullen said.

Tournament host Wayne State earned the No. 1 regional seed and will play No. 8 Harding in the quarterfinals while.No. 2 seed Concordia-St. Paul will face No. 7 Nebraska-Kearney and No. 4 Northwest Missouri will face No. 5 St. Cloud State.

The semifinal matches will be played on Saturday at 5 p.m. and 7:30 p.m. and the championship will take place on Sunday at 4 p.m.

WU has played 36 matches in the NCAA Tournament in its previous 16 appearances and has an overall record of 20-16.

As a team, the Ichabods are hitting .227 and average 13.9 kills per set this season while holding opponents to a .164 attacking percentage.

Sophomore Jalyn Stevenson ranks fifth among MIAA hitters with 371 kills and is seventh in kills per set (3.20). Stevenson is also second on the team in aces (34) and third in digs (382). She has a streak of 16 consecutive matches with double-figure digs and has had 10 or more kills in eight of the last nine matches, including six in a row.

Senior Halle Meister leads all MIAA hitters with a .359 attacking percentage and has totaled 263 kills (2.27 kills per set). She has hit above .400 in 13 matches, including nine above .500. She also leads the Ichabods with 99 total blocks. Meister tied her career-high single-match total of blocks with eight in the MIAA championship match against UNK (Meister also had eight blocks against UNK on Sept. 10).

Freshman Kealy Kiviniemi is third on the team with 242 kills while redshirt freshman Austin Broadie started all three conference tournament matches and led the Ichabods with a career-high 18 kills in the championship match. She has 209 kills and has made 61 blocks.

Pullen has racked up a team-high 591 digs (4.51 digs per set) and had a career-high 30 digs in the MIAA quarterfinal against Central Oklahoma. She has also recorded 104 assists and 22 aces.

Sophia McMullen leads Washbun with 44 aces and is second with 463 digs and fifth with 157 kills to go with a .956 reception percentage after committing only 20 errors out of 451 total attempts.

Corinna McMullen is the only Ichabod to have played in all 119 sets this fall and has recorded 788 assists (6.62 assists/set) and achieved a career-high 42 assists in the five-set win over UCO. She also averages 2.38 digs per set and has achieved a team-best 14 double-doubles.

Meister and Stevenson both received All-MIAA first-team honors while Kiviniemi was a second-team pick.

Meister, Stevenson, Kiviniemi and Pullen were all named to the MIAA All-Tournament team.

The Ichabods dropped the opening semifinal set against Northwest Missouri, 26-24, before winning the next three (25-23, 26-24, and 29-27) to snap a five-match losing streak against the Bearcats.

Herron has guided Washburn to five MIAA titles, three NCAA Regional championships and to all 17 of its trips to the NCAA Tournament since taking over the program in 2002.

The Bulldogs of Minnesota Duluth hold a collective .258 attacking percentage and average 14.46 kills per set, which is the fifth-best in Division II.

Selbitschka leads the team with 3.33 kills per set for 313 total kills as well as a team-best 38 service aces while Paulsen has tallied 296 kills to go with 84 total blocks.

A win Friday would advance the Ichabods to a 5 p.m. semifinal on Saturday against the winner of the Concordia-St. Paul-Nebraska-Kearney quarterfinal. 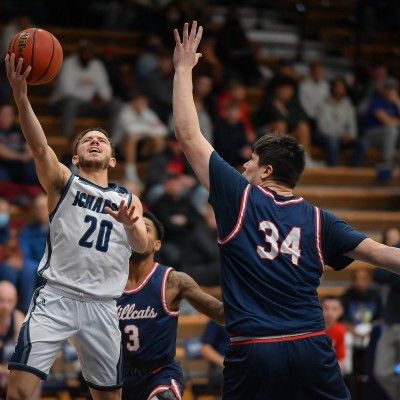