Editor's note: Additional pictures will be added at TopSports.news when they are received.

A senior point guard, Adams was a floor leader for a Highland Park team that posted a 18-5 record and advanced to the Class 5A tournament last season, averaging 6 points, 2.8 assists and 1.9 steals for the Scots, who begin their first season in the Meadowlark Conference this winter. Adams earned TopSports.news All-Shawnee County honorable mention last season.

Bachelor, a 6-2 senior, earned TSN All-Shawnee County Top 10 and All-Centennial League second-team honors as a junior for the 9-13 Junior Blues, averaging 13.8 points, 3.0 assists and 1.6 steals while connecting on 44 3-pointers and shooting 43 percent from outside the arc.

Also a football standout for a Junior Blue team that posted an 8-3 record, Conklin, a 6-2 senior, gained valuable experience last basketball season for a Rural team that posted a 9-13 record. Conklin shot 57 percent from 2-point field goal range a year ago and will be counted on to provide senior leadership for the Junior Blues this winter.

Everhart will be counted on to provide valuable leadership as a junior for a Cair Paravel Latin team that suffered heavy graduation losses from last season's 16-5 team. Everhart was one of the Lions' leading shot blockers as a sophomore.

Heiman, a senior, will be a key component for a Silver Lake team that will be looking to improve on last season's 7-14 record. Heiman earned All-Mid-East League first-team recognition a year ago while also earning TSN All-Shawnee County honorable mention.

Kingcannon, a senior, is a top returner for a Highland Park team that posted an 18-5 record and advanced to the 5A state tournament last season. Kingcannon earned All-Centennial League and All-Shawnee County honorable mention as a junior after averaging 10.1 points and 4.2 rebounds while connecting on 38 3-pointers and shooting 63 percent on 2-point field goal attempts.

Lyons, a 5-9 junior guard, will be counted on to provide floor leadership this season for the Trojans, who will be looking to take steps forward this season after two straight losing seasons, including a 4-17 record a year ago. Lyons hit 26 3-point field goals last season while shooting 78 percent from the free throw line.

Otting, a Notre Dame commit, may be best known as a football player, but the 6-5 senior played a huge role in basketball as a junior as the Wildcats finished fourth in the 4A state tournament. Otting was a TSN Top 10 selection last season and also earned second-team All-Centennial League recognition.

The multi-sport Highland Park senior star helped the Scots post an 18-5 record and advance to the 5A state tournament last season. Richardson, a 5A state track champ as a junior, earned TSN All-Shawnee County Second 10 and All-Centennial League second-team honors as a junior after averging 10.6 points, 3.3 rebounds and 2.5 steals while shooting 65 percent on the field on 2-point attempts.

Thrasher, a 5-11 junior, will be counted on to play a key role this season as Topeka High tries to rebound from back-to-back sub-.500 seasons, including a 4-17 mark a year ago. Thrasher finished in the top 15 in the city in free throw percentage at just under 70 percent.

Will, a junior, will be among several underclassmen new Cair Paravel Latin coach Trey Brown will be counting on for leadership after the Lions graduated several key players off last year's 16-5 team. Will shot 42 percent from 3-point range in limited opportunities last season. 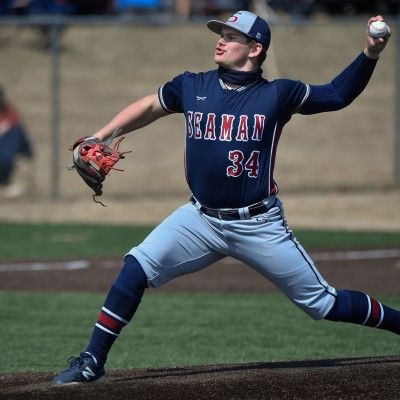