Geo Lyons and Brittney Redmond have spent a lot of time in Topeka High's gymnasium, affectionately known as "The Dungeon.''

But this year is different, with Lyons and Redmond running the show at their alma mater.

Lyons, a 1998 THS graduate, held his first official practice as the Trojans' boys basketball coach on Monday while Redmond, a 2011 grad, kicked off her tenure as the High girls coach as preseason practice got under way across the state in boys and girls basketball, boys and girls wrestling and boys swimming. 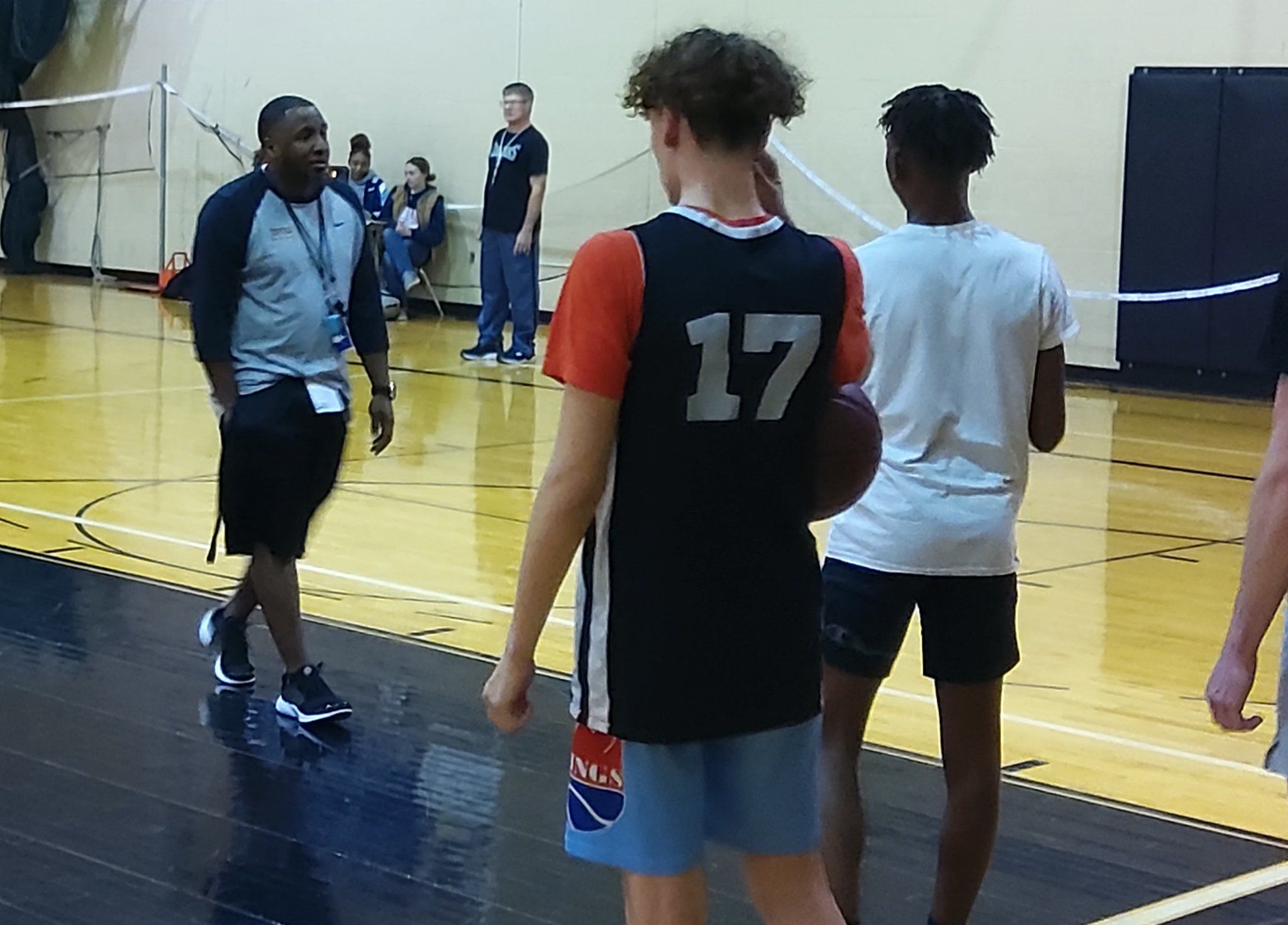 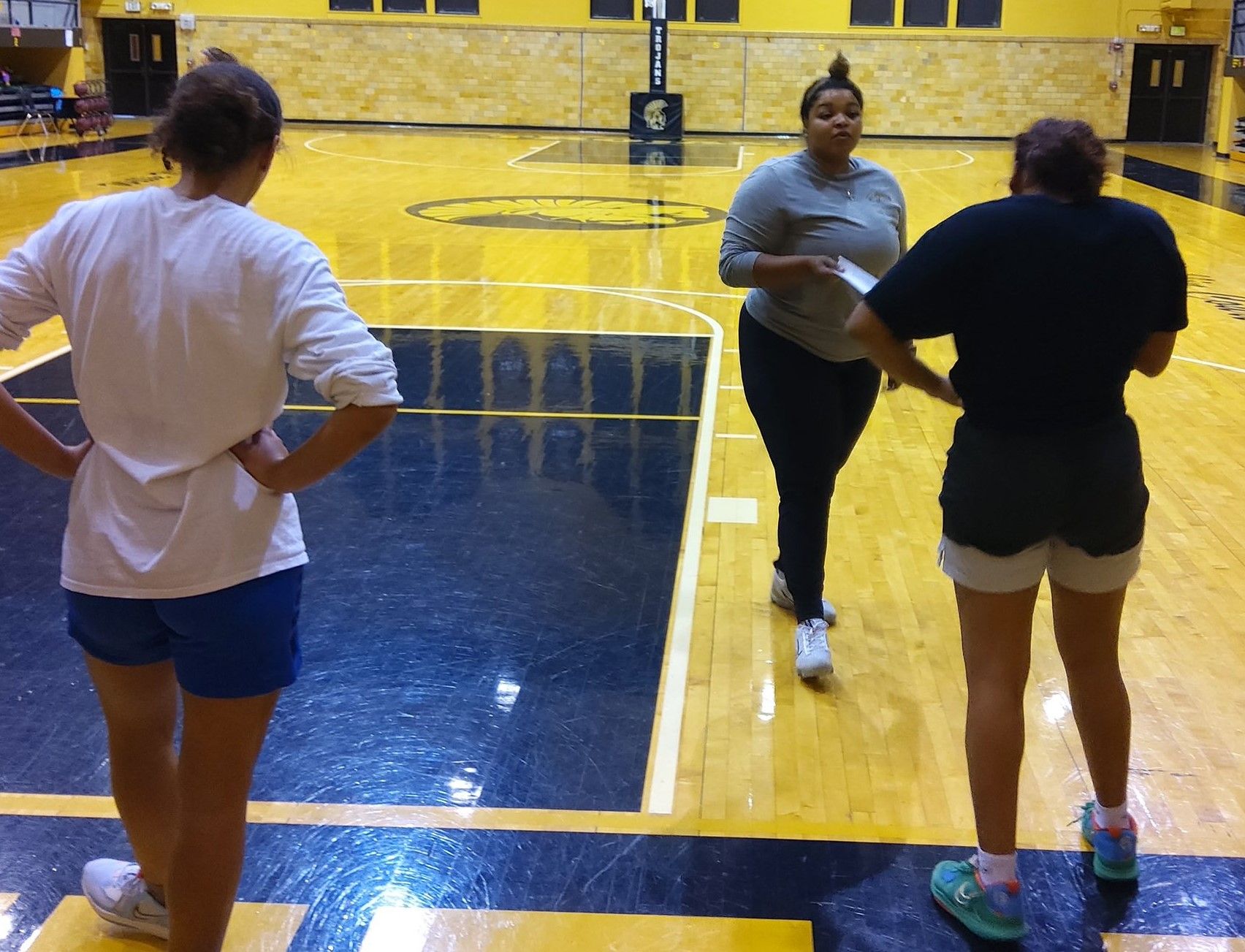 Brittney Redmond, a 2011 Topeka High graduate, was back in "The Dungeon'' on Monday for her first practice as the Trojans' head girls basketball coach. [Photo by Rick Peterson/TSN]

Redmond was named the Trojans' girls coach in May after stints as an assistant coach at four junior colleges while Lyons was named Topeka High's boys coach in June after four seasons as the head coach at Kansas City-Schlagle.

"I think it brought back some nastaligic memories but it also made it real that basketball is officially here,'' Redmond said about Monday's opening practice. "In college you jump right in it, but here you kind of have to wait a minute and then it's just the rush of trying to get a team ready in two weeks.''

Lyons, who had stints as an assistant at both High and Topeka West, said he was excited to get started in his new role of guiding the THS program.

"I'm looking at this as really a blank canvas,'' Lyons said. "We've got a whole new staff so everything's going to be new to these young men, but I like that I really get to come in and put my stamp on this thing.''

Redmond and Lyons face different challenges in the 2022-2023 campaign, with Redmond trying to help Topeka High continue a recent run as one of the state's most successful girls programs while Lyons will be trying to help the Trojans return to their once-storied status.

Topeka High's girls made four straight 6A state tournament berths under former coach Hannah Alexander (now at Andover), with a pair of second-place finishes and a semifinal berth in the shortened 2020 campaign, but Redmond said this season is a new start for everybody.

Redmond will build this year's team around senior Kiki Smith, last year's Centennial League and Shawnee County player of the year, as well as experienced seniors Adisyn Caryl and Faith Shields, who helped the Trojans post a 20-3 record a year ago.

Lyons, meanwhile, is the Trojans' third coach in as many years and will be trying to get High back on track after back-to-back losing seasons, including a 4-17 mark last year in Ty Baumgardner's only season at the helm.

Topeka High suffered a blow when it was determined that 6-foot-6 junior BJ Canady, a two-year starter, will miss the season due to an injury, but the Trojans do return several other players with varsity experience.

"We have a handful of returners coming back but our young guys did get some valuable time late in the season and I'm really big on our sophomore class,'' Lyons said. "Those guys are a tight-knit bunch. They were here this summer and those guys actually led the way during our preseason conditioning.

"Our numbers weren't too terribly high but our core group was here this summer and we scheduled for four days a week but those guys were on my line every day saying, 'Coach, can we get extra, can you open the gym up?' So even though we're young we do have some leadership.''

Lyons said the key is to make steady progress.

Hutchins was named as Washburn Rural's head coach after compiling a varsity record off 59-9 with three conference championships and two state tournament appearances in three seasons while being recognized twice as the Western Athletic Conference boys basketball coach of the year.

Prior to taking over at Hays, Hutchins served as head boys coach in Elizabeth, Colo. and Minneapolis.

Hutchins takes over for Kevin Muff, who coached the Junior Blues for five seasons and led Rural to the Class 6A state championship game in 2019.

McDonnell, a Topeka High grad, was named the head coach at Rossville, his first head coaching job, after a stint as an assistant coach on Rick Bloomquist's staff at Topeka West.

Brown, who helped lead Shawnee Heights to the 5A state championship in 2017 before playing point guard at Missouri Western and MidAmerica Nazarene, is also in his first season as a high school coach after finishing his playing career. 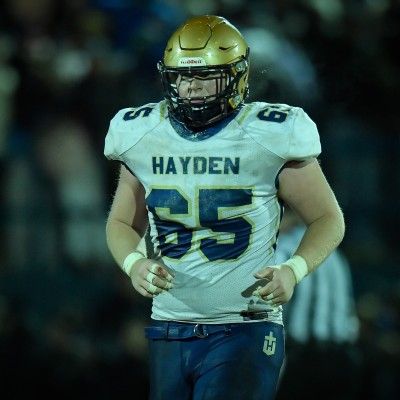