This season was a special one for the Highland Park community, with the Scots starting the season snapping a 65-game losing streak and ended it with hosting a playoff game. 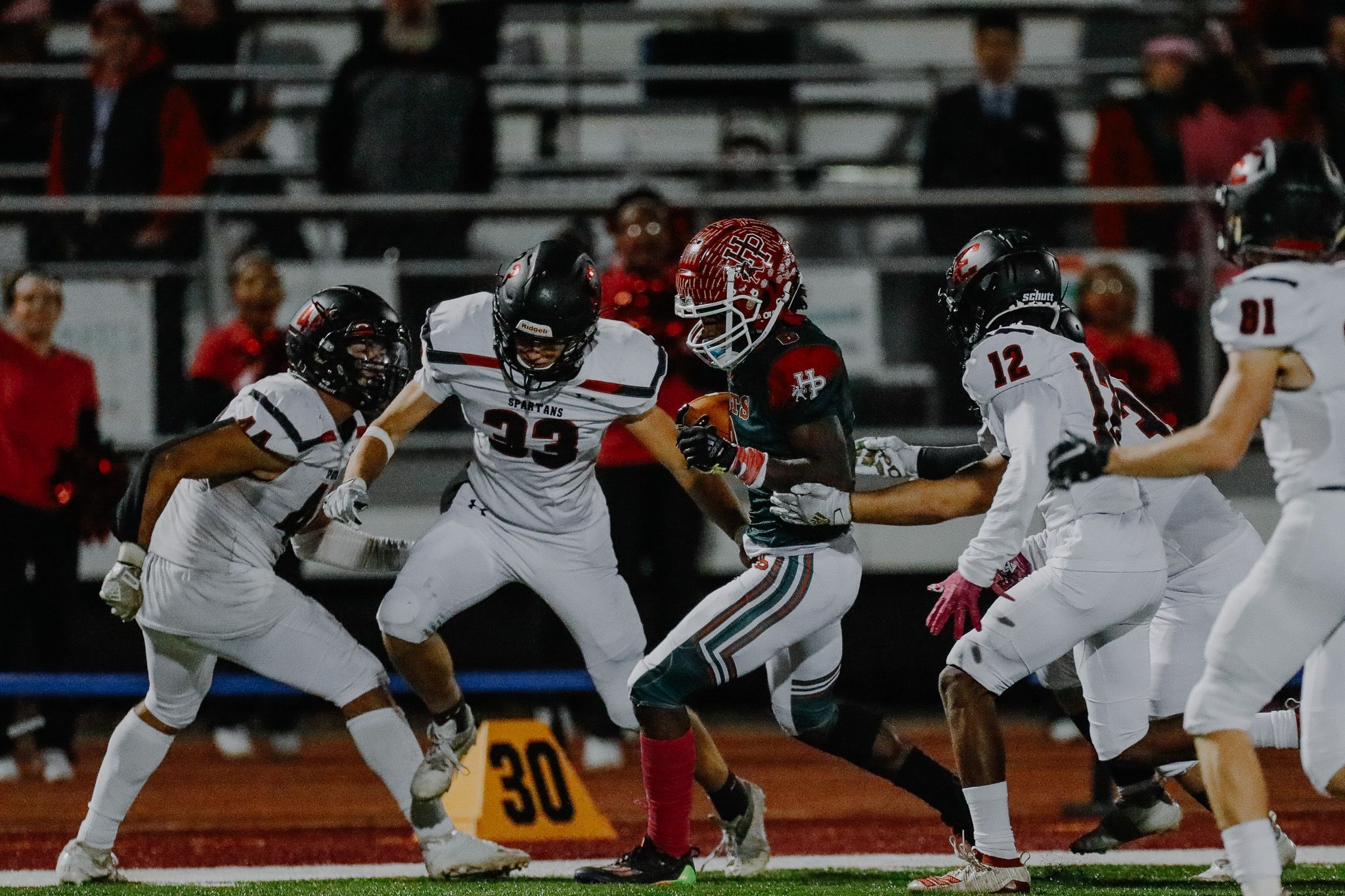 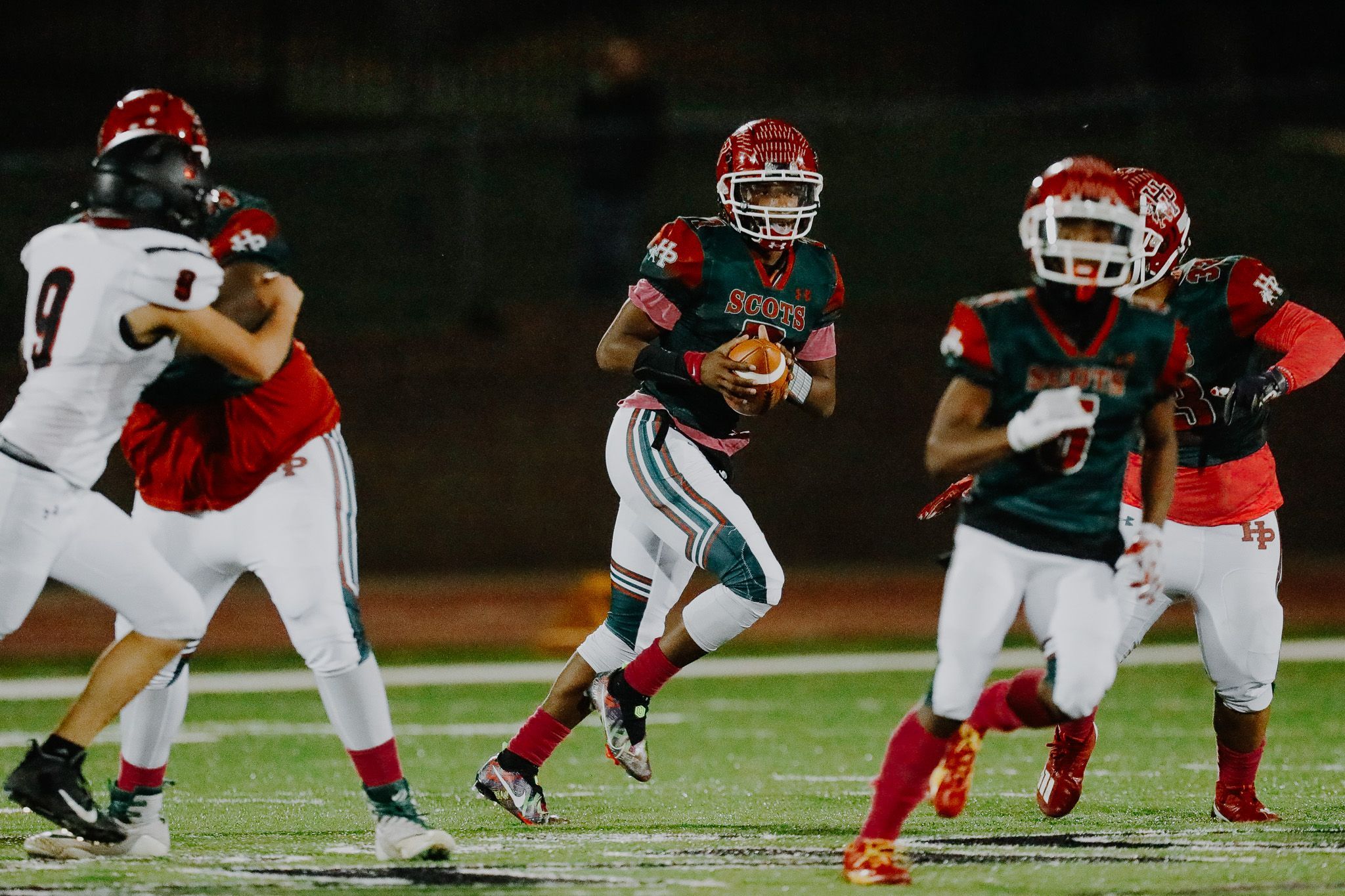 "I will never forget the team that started this all," Monroe said. "This (season) isn't just a trend. We have a lot of young guys that we will be able to build with. This is the season that our seniors made happen. I'm extremely proud of this group, and I know everyone around here is proud of them.

"I'm 100 percent confident in the younger guys coming up. For us to host a playoff game, that's huge. These young guys have been looking up to the older guys that have led them. They know exactly what our program and system is. Our young guys have found out what are weaknesses are and what we need to get better at. We can do nothing from here but keep growing."

Going into Friday night's opening round of postseason play, Highland Park entered with a significant dark cloud hanging above it. Since 1991, the Scots have been unable to be on the winning side of a playoff game.

Offensively, the Scots had more positive results on their drives than negatives. For example, Highland Park had only five first downs in the first half, but they put up 34 points on the scoreboard before the halftime break.

Star senior athlete Tre Richardson had a six-touchdown night. No matter what the Spartans were throwing at him defensively, the speed and shiftiness got him out of sticky situations. Besides his six touchdowns, Richardson had eight carries for 249 yards and seven receptions for 114 yards. Richardson had a kickoff return, two receptions and three rushes go for touchdowns.

Defensively, Highland Park's night was disastrous. Of course, it's overly challenging to earn a victory when the opposition hangs up 84 points on your home turf, but that's precisely what the Emporia Spartans did.

The last time the Spartans scored 84 or more points was in 2019 when they beat Highland Park by a score of 98-16. This wasn't the same Scots team from old, but this was a wholly motivated Emporia squad which hadn't won a game this year since September 2nd.

"Give a lot of credit to Highland Park; they had a fantastic year," Emporia coach Keaton Tuttle said. "To see a turnaround as we saw with (Highland Park) was incredible. It feels great to get this win on the road. We are excited to live another week."

Emporia got an enormous night from its bell cow at the halfback position, Bobby Trujillo, who had 28 carries for 301 yards and nine touchdowns. Highland Park didn't have an answer for the senior who toted the rock for 10.8 yards per attempt.

"I might have to take my (offensive line) somewhere to eat here in a couple of days," Trujillo said. "The way that they blocked was fantastic. The win was really big today. Gong into next week, we are going to need all of the motivation we can get. We are just going to have to work hard each day."

Although Trujillo's powerful running style and Jackson's consistency was an issue for the Scots' defensive unit, Highland Park never quit throughout the 48-minute affair.

Johnson had a stellar game. Despite having an interception, he was pin-point accuarate with his deep passes, throwing for four touchdowns with his 75-percent completion rate.

Highland Park trailed the entire game, but at one point was down by just one point. But whenever the pigskin was put into the hands of the Spartans, Highland Park couldn’t force a stop.

The 560 yards of total offense, pursuing to the ball effectively on defense and the Scots’ miscues with penalties and turnovers would give Emporia the golden ticket.

Highland Park’s 64 points and 527 total yards wouldn’t be enough as they would go home empty-handed in the 19-point defeat.

Highland Park won six games, more games than the Scots had won the previous 10 years combined. So a team that has had nothing but losing seasons since Nick Mcgrain's squad in 1995 would finally begin to create a new culture. 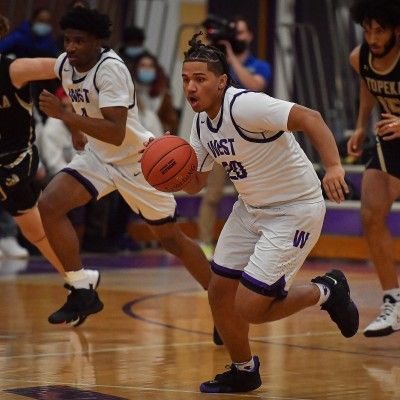