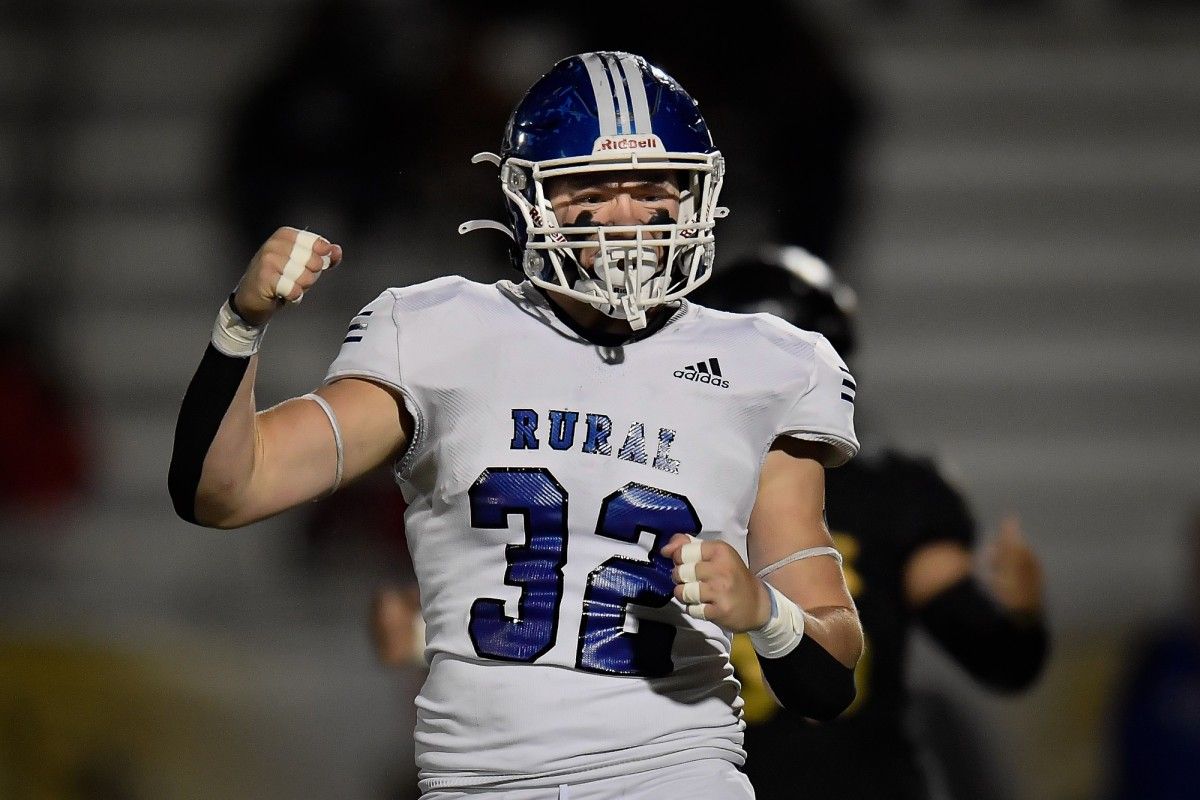 Washburn Rural, the No. 6 West seed, is coming off an 81-12 non-league romp past Topeka West while No. 11 seed Dodge City, coached by former Seaman coach Glenn O'Neil, beat Wichita Southeast 42-23 to snap a three-game losing streak.

Rural quarterback Branton DeWeese went 7 of 9 passing for 124 yards and a touchdown in limited playing time against Topeka West while senior Ma'kenttis Adams had 205 yards and four touchdowns on just five carries.

The Junior Blues picked off five passes and held Topeka West to negative rushing yards on the night.

The winner of Friday's Rural-Dodge City game will advance to face the first-round winner between 6-2 Garden City and 1-7 Campus.

Topeka High is the No. 15 West seed and will be facing perennial 6A power Derby, the No. 2 West seed and the winner of five state titles since 2015.

Topeka High dropped a 56-6 home non-league decision against Hays last Friday while Derby, led by Notre Dame commit Dylan Edwards, took a 49-20 win over Newton. The Panthers' two losses came against unbeaten Manhattan and Maize by a total of four points, including an overtime loss to Centennial League champ Manhattan.

The Topeka High-Derby winner advances to face the winner of the first-round game between Lawrence (5-3) and Wichita Heights (4-4). 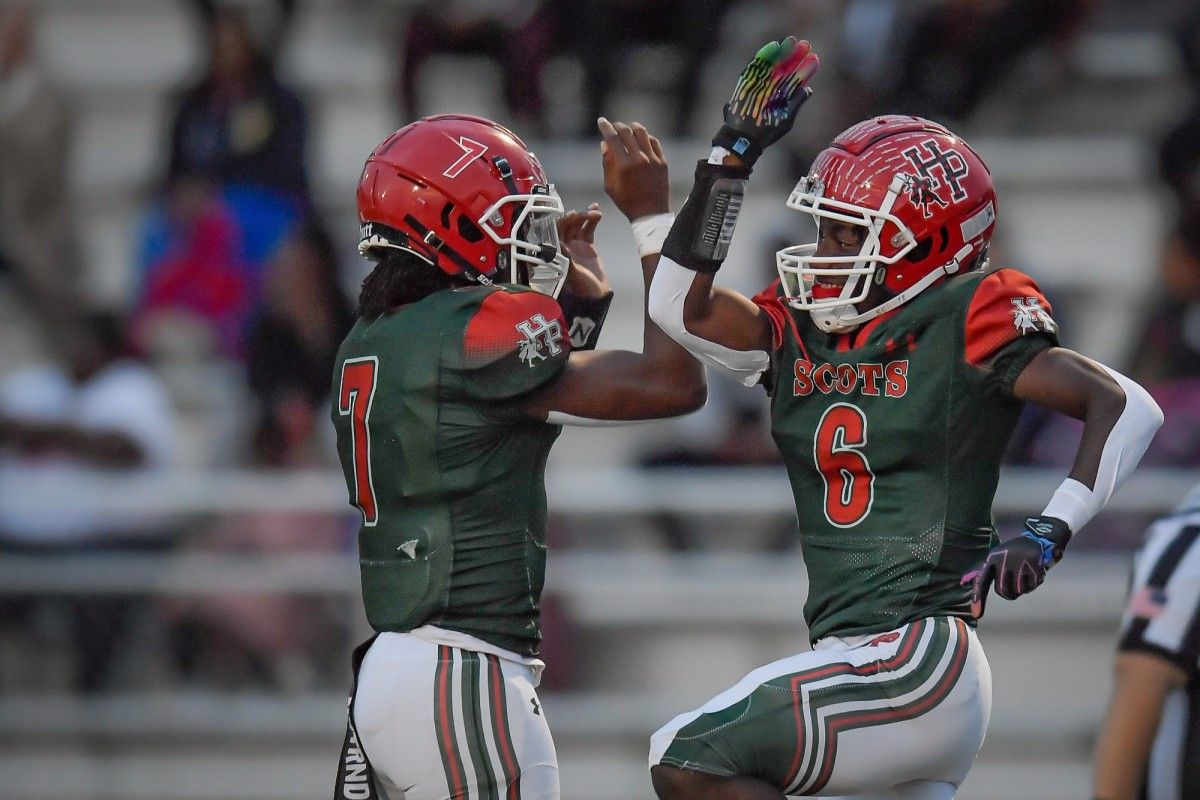 Kei'Juan Johnson (7) and Tre Richardson (6) have had big senior seasons for the 6-2 Highland Park football team, which will host Emporia Friday night in a Class 5A playoff opener. [File photo/TSN]

Highland Park will be looking for its first playoff win since 1991 in Friday's game against former Centennial League rival Emporia.

The Scots are coming off a 62-48 Meadowlark Conference victory over Kansas City-Washington while Emporia dropped a 53-36 Centennial League decision to Junction City.

The Spartans have lost seven straight games since a 28-22 overtime win over Pittsburg in their season-opener.

Highland Park senior star Tre Richardson has rushed for 1,715 yards and 24 touchdowns on 88 carries and has caught 32 passes for 950 yards an 13 TDs. Richardson has scored 44 total touchdowns.

Scot senior quarterback Kei'Juan Johnson has completed 57 of 80 passes for 1,244 yards and 12 TDs.

The Highland Park-Emporia winner will move on to face the first-round winner between Blue Valley Southwest (3-5) and Seaman (4-3).

Seaman is the No. 6 seed in the 5A East while Blue Valley Southwest is the No. 11 seed.

Seaman will be trying to snap a brief two-game losing steak, including a 31-13 United Kansas Conference loss to Piper last Friday. Blue Valley Southwest is coming off a 62-23 loss to state power St. Thomas Aquinas.

Viking sophomore quarterback Max Huston has completed 92 of 152 pass attempts for 1,146 yards and 10 touchdowns while junior Callen Barta has 39 pass receptions for 394 yards and three touchdowns.

The Seaman-Blue Valley Southwest winner will advance to the second round of the 5A playoffs to meet the winner of the Highland Park-Emporia game. 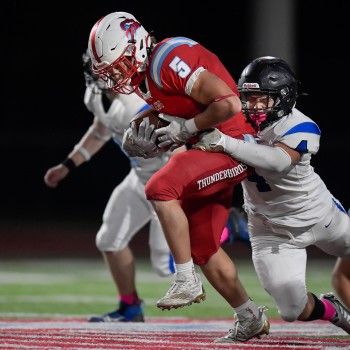 Shawnee Heights will be trying to bounce back from a 24-19 United Kansas Conference loss to Leavenworth last Friday.

The T-Birds took a 19-18 lead with 2:30 remaining but the Pioneers drove for the winning touchdown with 1:02 left.

Shawnee Heights is the No. 8 East seed while Lansing is the No. 9 seed. The T-Birds took a 46-23 UKC win over the Lions in Week 2. Lansing is coming off a 54-0 league win over Kansas City-Turner last Friday.

T-Bird junior Allen Baughman has rushed for 1,285 yards and 17 touchdowns on 175 attempts.

Senior Nick Freeland has completed 38 of 74 passes for 295 yards while junior Jayden Moore has caught 19 passes for 188 yards.

The Shawnee Heights-Lansing winner will advance to play the winner of the game between Mill Valley (7-1) and KC-Harmon (0-7).

West dropped an 81-12 non-league decision at Washburn Rural last Friday while Sumner is coming off a 38-0 win over Kansas City-East, Mo., the Sabres' fifth straight win.

Sumner senior Antonio Harrison has rushed for 1,428 yards and 17 touchdowns on 159 attempts while senior quarterback Camron Johnson has completed 65 of 116 passes for 906 yards and 11 TDs.

Topeka West senior quarterback Malachi Berg has led the Chargers all season and scored both West touchdowns againt Rural, on a long kickoff return and a pass from younger brother Elijah Berg.

The West-Sumner winner will player the winner of the game between Pittsburg (5-3) and KC-Washington (3-5).

Hayden finished second in 3A District 2 while Baldwin finished third in District 3.

The Wildcats bounced back from their loss to Holton with a 54-0 non-district win over Hiawatha last Friday while Baldwin ended its regular season with a 42-0 loss to undefeated Wellsville.

Sophomore quarterback Jett Wahlmeier and sophomore receiver Jensen Schrickel have been an effective passing combination for the Wildcats this season while junior Finn Dunshee and senior J.C. Cummigs have been keys to Hayden's rushing attack.

The Hayden-Baldwin winner will advance in the 3A playoffs to face the winner of an opening-round playoff game between Wellsville (8-0) and Royal Valley (2-6).

Silver Lake wrapped up the 2A District 3 championship with a 41-30 win over Atchison County last Friday.

The Eagles will be facing a Riley County team that finished fourth in District 4. Silver Lake took a 28-21 decision over Riley County in its season-opener.

Junior Blake Redmond scored four touchdowns and had a late interception against Atchison County, which led 30-28 at halftime before Silver Lake pitched a 13-0 shutout in the second half.

The Silver Lake-Riley County winner will advance to play the winner of the first-round playoff game between Sabetha (6-2) and Atchison County (6-2). 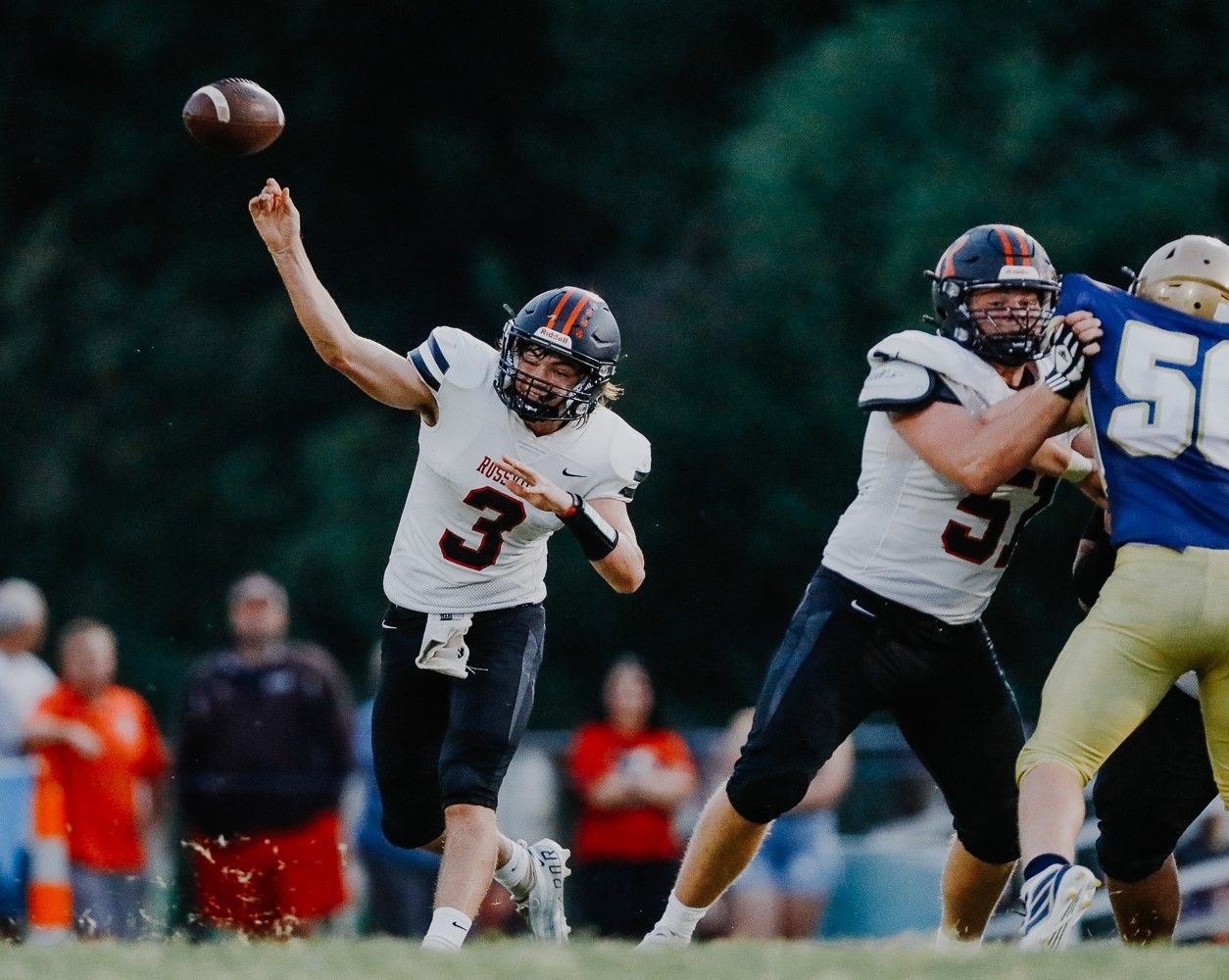 The two-time defending state-champion Bulldawgs finished second in 2A District 3, ending their regular season with a 50-6 win over Maur Hill-Mt. Academy.

Friday's win was Derick Hammes' 100th as Rossville's head coach in his 10th year at the school.

Rossville junior Camden Horak has completed 72 of 127 passes for 978 yards and nine touchdowns and has rushed for 718 yards and eight TDs on 122 attempts.

Senior Braiden Hensley has rushed for 424 yards and five touchdowns on 49 attempts and has caught 17 passes for 292 yards and six TDs.

The Rossville-Minneapolis winner will advance to face the winner of the playoff game between Nemaha Central (8-0) and Pleasant Ridge (2-6). 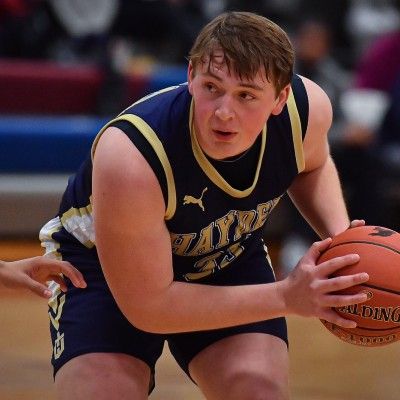