The rebuilding Cair Paravel Latin boys soccer team took a tough 10-1 loss at the hands of a solid Kansas City Christian team on Thursday evening at the Sunflower Soccer Complex.

It’s been a tough year for the Lions as Cair Paravel still hasn’t found the win column near the end of the 2022 campaign as its young and small roster has dealt with its fair share of challenges. 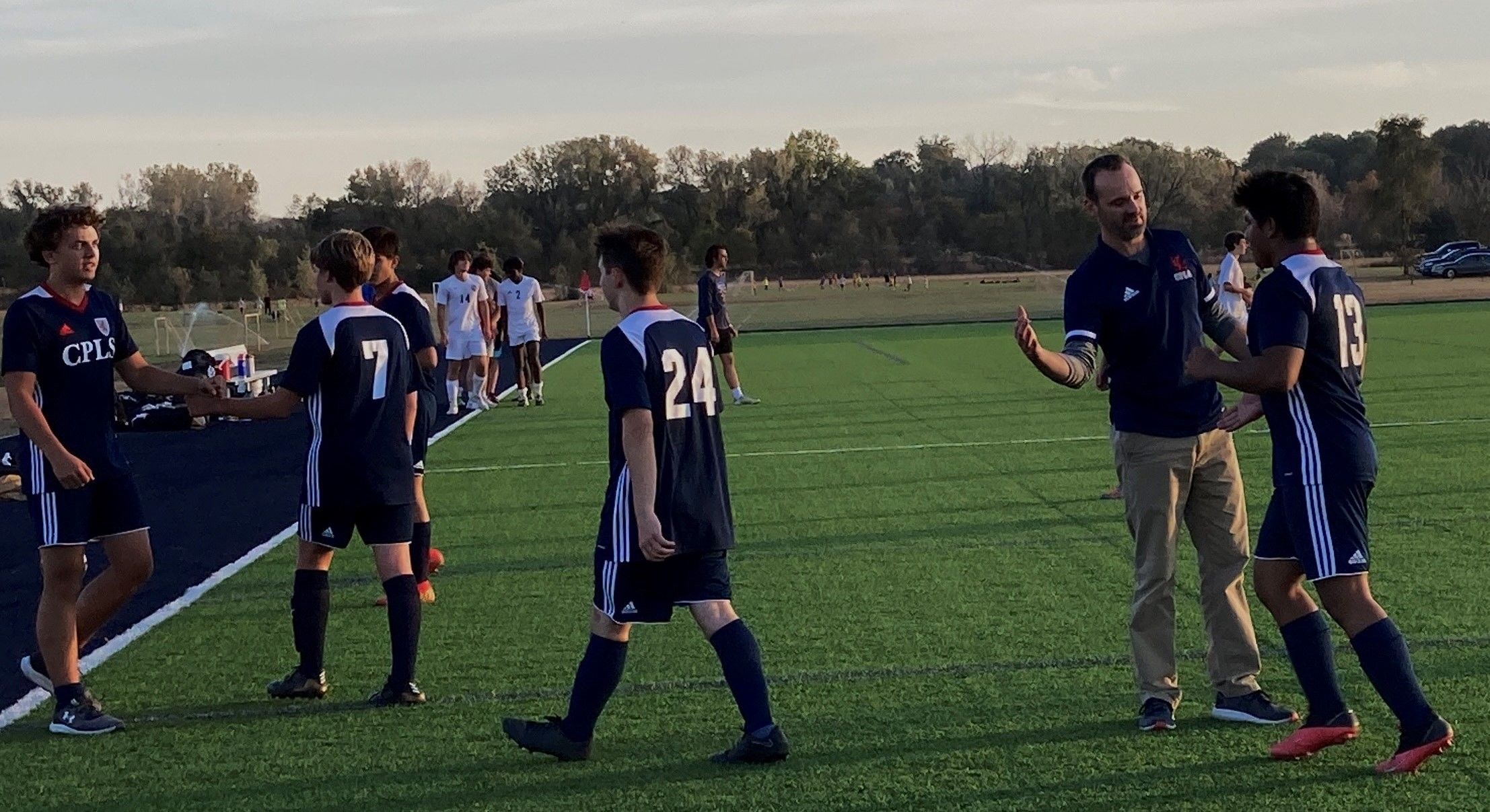 It doesn’t help the Lions that several contributors are dealing with injuries.

With a young group like the Lions have, CPLS coach Mark Congdon said it's essential to find different ways to evaluate the team, not just wins and losses.

“We were just lucky to be out here and playing today,” Congdon said. “Last night we almost lost a couple of guys and that would’ve put us in a bad spot. We have two or three nagging injuries within the team right now all with our 11 guys. A win for us right now is starting and finishing the game.

“The fact that we were able to play a game from start to finish was big for us. It’s great to allow our guys to go out there and compete as well as get some minutes. Even with the loss we had today, it was a good day for us.”

The Panthers had their way throughout the 80-minute contest, scoring four goals in the first half and six goals in the second half.

With its crushing loss to the Panthers behind them, what can they look forward too next? A young core that will be able to keep building their chemistry and learn from this season.

“I love that we have been able to keep a solid morale this season,” Congdon said. “With all of the ups and downs, our guys have been positive. Our six or seven freshmen we have have been getting a lot of quality time on the field this year. Experience is the best teacher and the best coach. Our guys are doing a great job handling it all.”

The Lions' lone goal came from freshman Nathan Keys. Keys booted in the goal, with a crowded box, in the top right corner of the net.

Cair Paravel will try and get its first win of the season when the Lions compete at regionals this upcoming Monday.

“We have to keep the faith,” Congdon said. “Good things will come if we keep working towards what we want to accomplish. Nobody ever regretted working hard on something and staying committed to it.”