Washburn Rural finished fourth in Class 6A and Seaman fifth in 5A a year ago and both the Junior Blues and Vikings are coming off league championships and sport top-three state rankings entering post-season.

All 10 county high schools will be vying for berths in state tournaments, which will be contested on Oct. 28 and 29.

Rural won the Centennial League tournament and is ranked No. 1 in 6A in the final Kansas Volleyball Association rankings with a 38-1 record while Seaman won the United Kansas Conference championship and is No. 3 in 5A with a 28-8 record.

Washburn Rural volleyball, 38-1 on the season, celebrates a point in the Junior Blues' recent match against state-ranked Seaman. [File photo/TSN]

Washburn Rural, which has advanced to 23 state tournaments under coach Kevin Bordewick, with seven state titles and 20 Final Four appearances, will be a heavy favorite in Saturday's 6A sub-state at Rural.

The top-ranked Junior Blues will play a semifinal match at approximately 2 p.m. against the winner of the play-in match between Dodge City (5-27) and Wichita South (2-33).

Manhattan (15-19) will face Derby (15-20) in the other semifinal match, with the semifinal winners playing for the sub-state title at approximately 4 o'clock.

The sub-state champion will advance to the state tournament at the Tony's Pizza Events Center in Salina on Oct. 28.

The Topeka High-Liberal winner will play the winner of the semifinal between Wichita North (16-13) and Campus (11-21) for the sub-state championship at approximately 4 p.m. 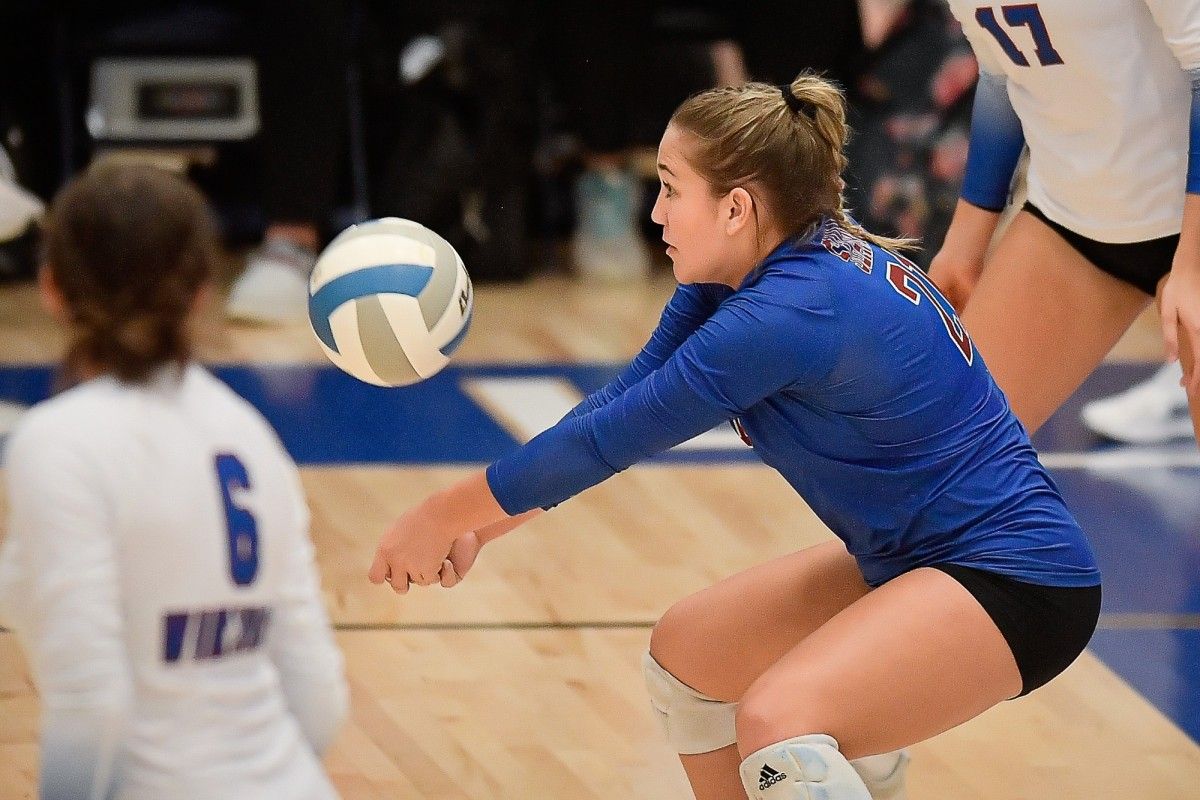 Senior Laynee Brown is a standout for Seaman's volleyball team, which will host a Class 5A sub-state on Saturday. [File photo/TSN]

Seaman, the No. 3 seed in the 5A East, will be at home on Saturday as it shoots for a third straight state tournament berth.

The Vikings will open their sub-state bid at 2 p.m. Saturday in a semifinal matchup against  De Soto (9-21).

The winner of the Seaman-De Soto match will play for the sub-state title at approximately 4 p.m. against the winner of the semifinal between Kansas City-Schlagle (11-6) and KC-Turner (11-20).

The sub-state champion will move on to the 5A state tournament at the Tony's Pizza Events Center in Salina on Oct. 28.

The sub-state final will be played at about 4 p.m., with the winner moving on to state.

The Chargers, the No. 7 seed in 5A West, will face Newton (21-15) in a semifinal at approximately 3 p.m., with the winner playing for the sub-state title at about 4 o'clock.

The winner of that match will face St. Thomas Aquinas (32-3) in a semifinal match about 2 p.m.

The title match will be played at approximately 4 p.m.

The two semifinal winners will face off at about 4 o'clock in the sub-state championship match, with the winner advancing to the 4A state tournament at the Hutchinson Sports Arena.

Rossville and Silver Lake have played four matches this season, including two last week, and the longtime rivals could face off again in Saturday's 3A sub-state tournament at Silver Lake.

Mid-East League champion Rossville (32-5) is the No. 1 seed while Silver Lake (24-11) is the No. 4 seed. With quarterfinal wins the Bulldawgs and Eagles, 2-2 on the year, would meet in the semifinals.

On the opposite court West Franklin (31-5) will face Perry-Lecompton (12-21) at 2 o'clock followed by Heritage Christian Academy (28-7) against Osage City (19-15), with the winner of those two matches playing a semifinal.

The championship match will be played about 5 p.m.

Ths sub-state champion will move on to the 3A state tournament at Hutchinson Sports Arena on Oct. 28.

Cair Paravel Latin (14-12) will make the short trip to St. Marys to compete in an eight-school 2A sub-state.

Cair Paravel, the No. 4 seed, will play a quarterfinal match at about 3 p.m. against Wabaunsee (17-19), with the winner advancing to the semifinals at approximately 4 o'clock  to face the winner of the 2 p.m. match between Maranatha Academy (25-11) and Kansas City Christian (5-27)

The winners of those two matches will play a semifinal at about 4 o'clock, with the championship to follow at about 5. 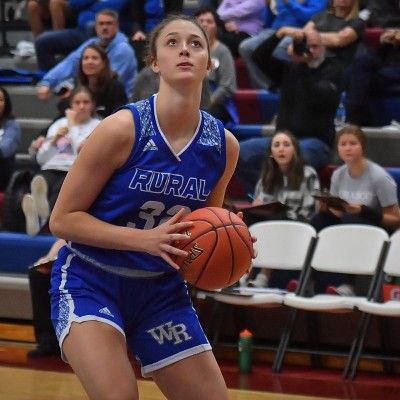