No. 12 Ichabod volleyball knocks off No. 5 Lopers in five-set road win

The No. 12-ranked Washburn volleyball team won its second five-set marathon of the season against No. 5-ranked Nebraska-Kearney on Tuesday evening to hand the Lopers their second loss of the year. No. 12-ranked Washburn volleyball outlasted No. 5 Nebraska-Kearney in five sets on the road Tuesday night, improving to 14-3 on the season. [Photo courtesy of Washburn Athletics] The Ichabods posted a 22-25, 25-19, 25-21, 19-25 and 15-12 victory to improve their record to 14-3 (6-3 MIAA) and Washburn has now won four in a row over Nebraska-Kearney, marking the first time that has happened in program history.

Washburn jumped out to an early 5-1 advantage in the opening set and held a 9-7 lead before Nebraska-Kearney put together a 6-1 run to go up, 13-10.

The Ichabods fought back and tied the set at 15 and 16, but another 6-1 run created some breathing room for the Lopers.

During that stint, Jalyn Stevenson registered three kills. Washburn held on to the lead for the remainder of the set and closed out the frame with 4 unanswered points to take the 6-point win and even the match at 1-1. Stevenson knocked down a team-high six kills with zero errors in the set. After dropping the first 2 points in the third set, Washburn came storming back and scored 10 of the next 12 to lead, 10-4.

A 9-3 run chiseled Washburn's lead down to 19-18, forcing an Ichabod timeout.

Washburn returned to the court after the timeout and won the next 3 points before Nebraska-Kearney responded with back-to-back points.

The Lopers initially pulled within one at 22-21 after a kill, but the call was challenged by Washburn and overturned to an attacking error ruling to put the Ichabods up, 23-20. Nebraska-Kearney couldn't get any closer as Washburn went up 2-1 in the match with a 25-21 decision in the third. Errors piled up for Washburn in the fourth set as the Ichabods hit a dismal .073 and Nebraska-Kearney never trailed in the game. The Ichabods used a late 4-0 rally to cut the deficit to three at 22-19, but the Lopers won the last 3 points to force the decisive fifth set. The fifth set was a back-and-forth battle with six lead changes and 10 tie scores.

The Lopers had a 3-2 lead and then three UNK errors pushed the Ichabods ahead, 5-3.

On the following play another Washburn challenge was successful after what was initially ruled a Washburn hitting error was later determined to be a Nebraska-Kearney blocking error that knotted the score at 7-all.

Behind the service line was Sydney Pullen, who kept the momentum going with a service ace. The Lopers tied the match at 8-8 and then regained the lead with a 3-1 run to make it 11-10.

The score was even at 11 after a UNK hitting error and Meister gave the Ichabods a 1-point advantage with a kill.

Broadie and Stevenson followed with back-to-back kills to make it match point. UNK spoiled 1 set point with a kill before Meister put the match away with her seventh kill of the evening. Washburn finished the match hitting .233 compared to Nebraska-Kearney's .160 clip. The Ichabods had the edge in kills (65-61), digs (85-82) and blocks (10-6) while the Lopers led in service aces (11-6). Stevenson turned in a career night as she knocked down a personal-best 19 kills and hit .366 while adding 14 digs and four blocks.

Kassidy Pfeiffer and Kealy Kiviniemi chipped in eight kills apiece. Freshman setter Corinna McMullen dished out a season-high 35 assists and scooped up 10 digs for her fifth double-double of the year.

In the backcourt, Sophie McMullen led all players in the match with 24 digs and Pullen racked up 21 digs. Three Nebraska-Kearney players registered double-figure kills, led by Emersen Cyza's 20. Bailee Sterling added a double-double with 16 kills and 10 digs.

The Ichabods will return home to take on Missouri Western and No. 23 Central Missouri Friday and Saturday at Lee Arena. 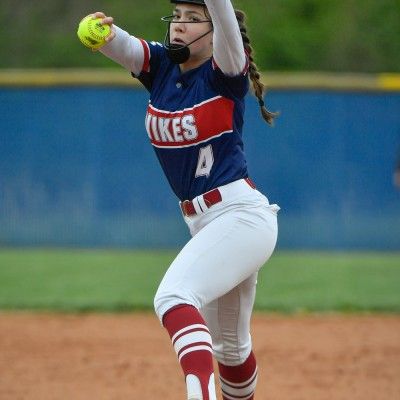