Topeka High’s 2-1 non-conference soccer win over Shawnee Heights Tuesday night at the Bettis Family Sports Complex may have been the most impressive win of the season for the Trojans. 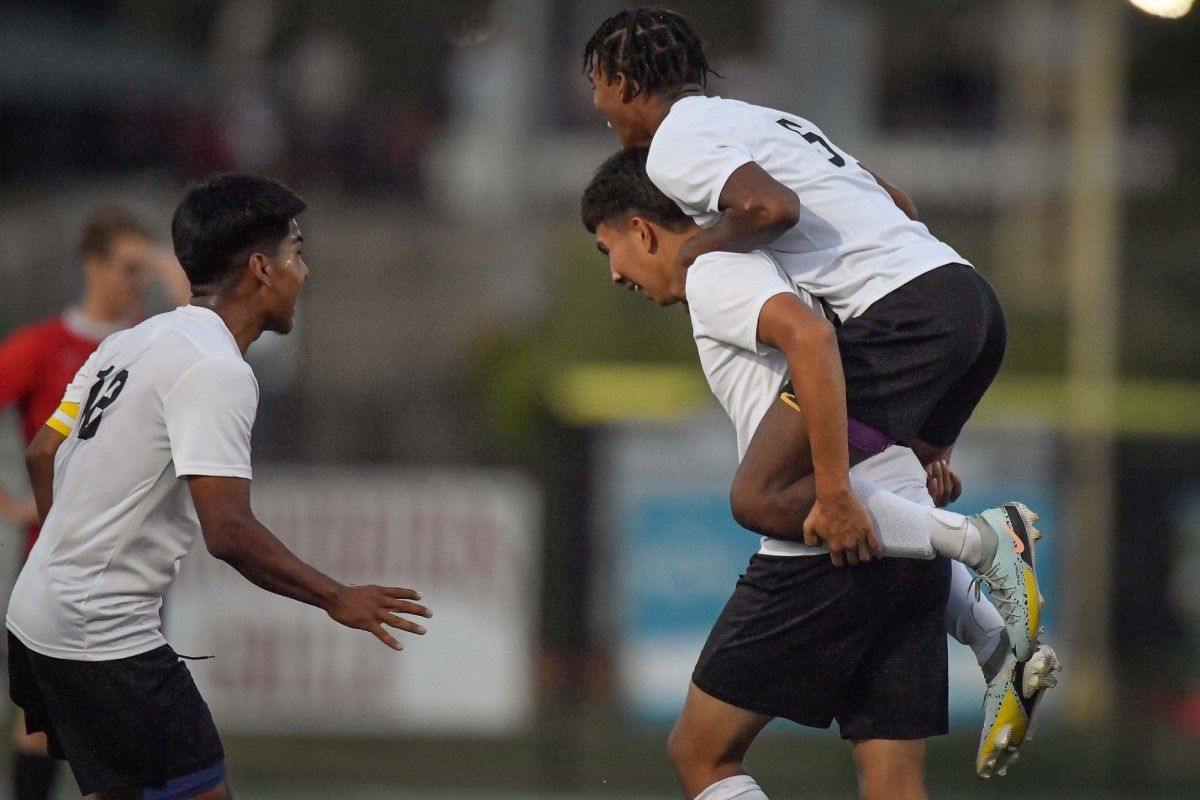 Topeka High's CJ Brown (6) jumps on Alexis Salas after Salas scored the game-winning goal in the Trojans' 2-1 win over Shawnee Heights off an assist from Chris Gomez (left). [Photo by Rex Wolf/TSN] 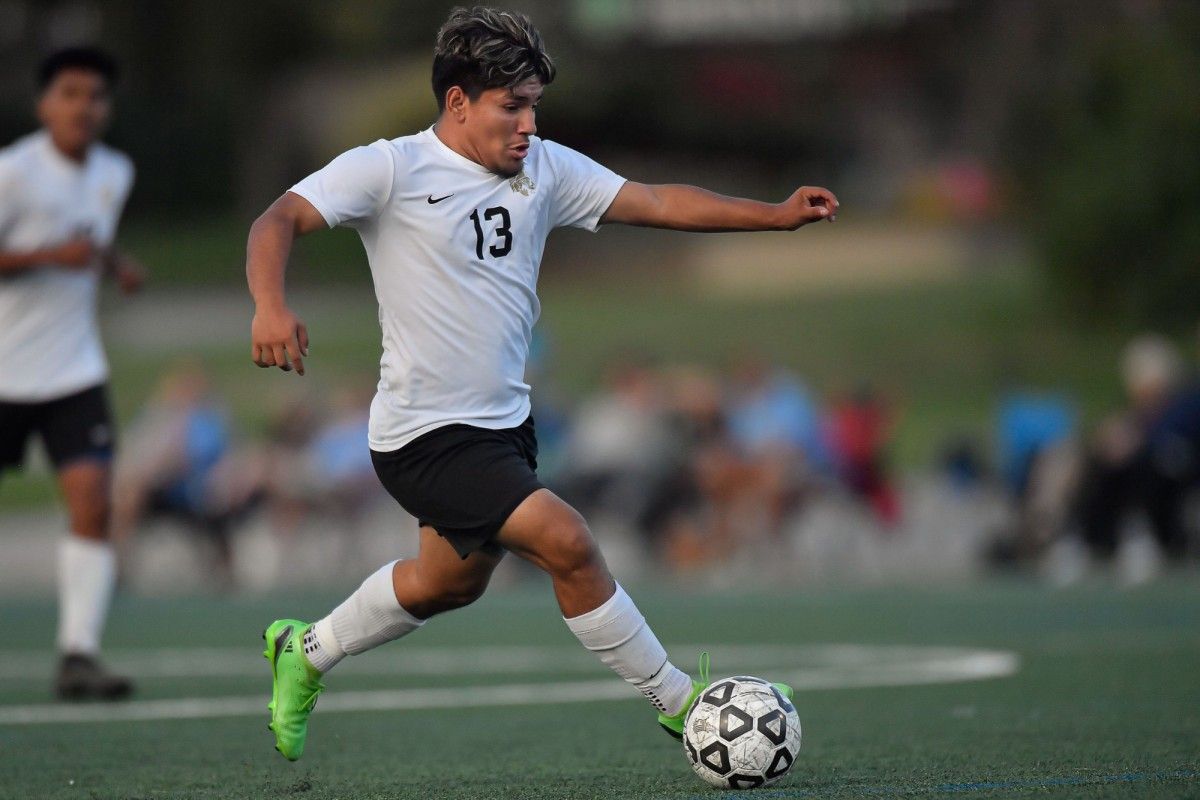 With the win over Shawnee Heights, Topeka High has won six out of its last eight games. The two losses during the hot streak were both overtime games.

“The guys are buying into what we are trying to do here,” Topeka High coach Derek Snook said. “Our kids are doing a great job into tuning out all of the outside noise that can affect most teams. All of the negative stuff from the outside world doesn’t matter when everyone is buying in with each other.”

Coming into the contest on Tuesday, Shawnee Heights was one of the hottest teams in the state. The Thunderbirds had won six straight games before the loss to the Trojans. 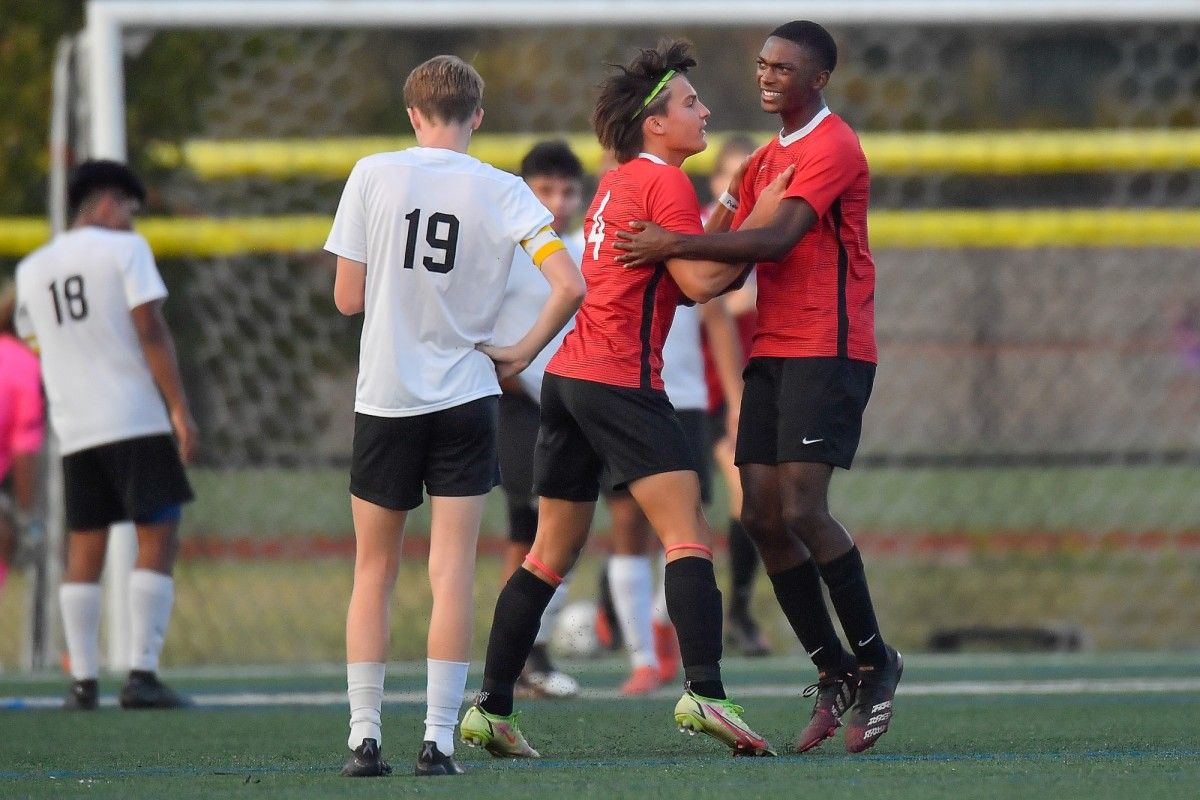 Shawnee Heights looked explosive offensively early. Star midfielder Jordan Garvin booted in a goal from the middle of the goalbox above the goalkeeper's head for a goal with 24:16 remaining in the first half to give the T-Birds a 1-0 lead.

“I thought we looked great for the first 20 minutes of the first half,” Simons said. “Our shots on goal were good and the effort was good early.”

Physically dominating defensive play from the Trojans and the Thunderbirds kept the contest scoreless for another 10 minutes.

With 14:04 left in the half, Topeka High was able to get some good separation away from the Thunderbirds in the alley on the way to the box. Chris Gomez would set up Jamie Alvarado perfectly for the game-tying goal.

Gomez would tap the ball high towards the head of Alexis Salas and Salas would knock in the goal with the top of his head to give Topeka High the 2-1 lead before the halftime break.

“We were on our heels a bit after giving up that goal to (Garvin) earlier,” Snook said. “Those two goals were key for us. They bought into the fact from that point on that we were going to have to defend our goal for the rest of the game. That’s difficult when you play a good team like Shawnee Heights. We were able to get it done tonight.”

The second half displayed some incredible defense from both schools.

Jose Guajardo-Arizpe, Jack Martin, Jack Phillips, Jesus Carillo-Cardona and Ryan Bell kept the high-flying Topeka High offense shut down in the second half. Despite all of the opportunities that the Trojans had, the Thunderbird defenders gave the offense a chance.

Those chances that the Thunderbird defenders provided were short-lived by Topeka High’s “brick wall” backline. Diego Carlos, Lawrence Rizo, Thomas Schmidt, Victor Mesta and others played at an extremely high level in the 40-minute half.

With 3:23 left in the game, High goalie Billy Lutz and forward Logan Murray sacrificed their bodies to prevent Shawnee Heights from tying the game. Shawnee Heights' Garvin found a wide-open lane near the goal. Murray went for the slide tackle on the ball and Lutz dove in front of the ball face first to keep the Thunderbirds away.

The collision looked tough but luckily both Murray and Lutz were both okay after the collision. That dangerous sacrifice saved Topeka High’s lead and it led to the Trojan victory.

“You have to be a little crazy to be a goalkeeper,” Snook said. “Sometimes you have to put yourself in harm's way. Billy did a great job coming out and getting the ball. The best part of that was Logan backtracking from his midfield position after they beat our defense and helped knock that ball out of there.” 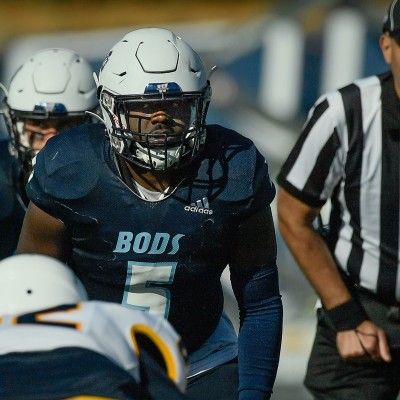