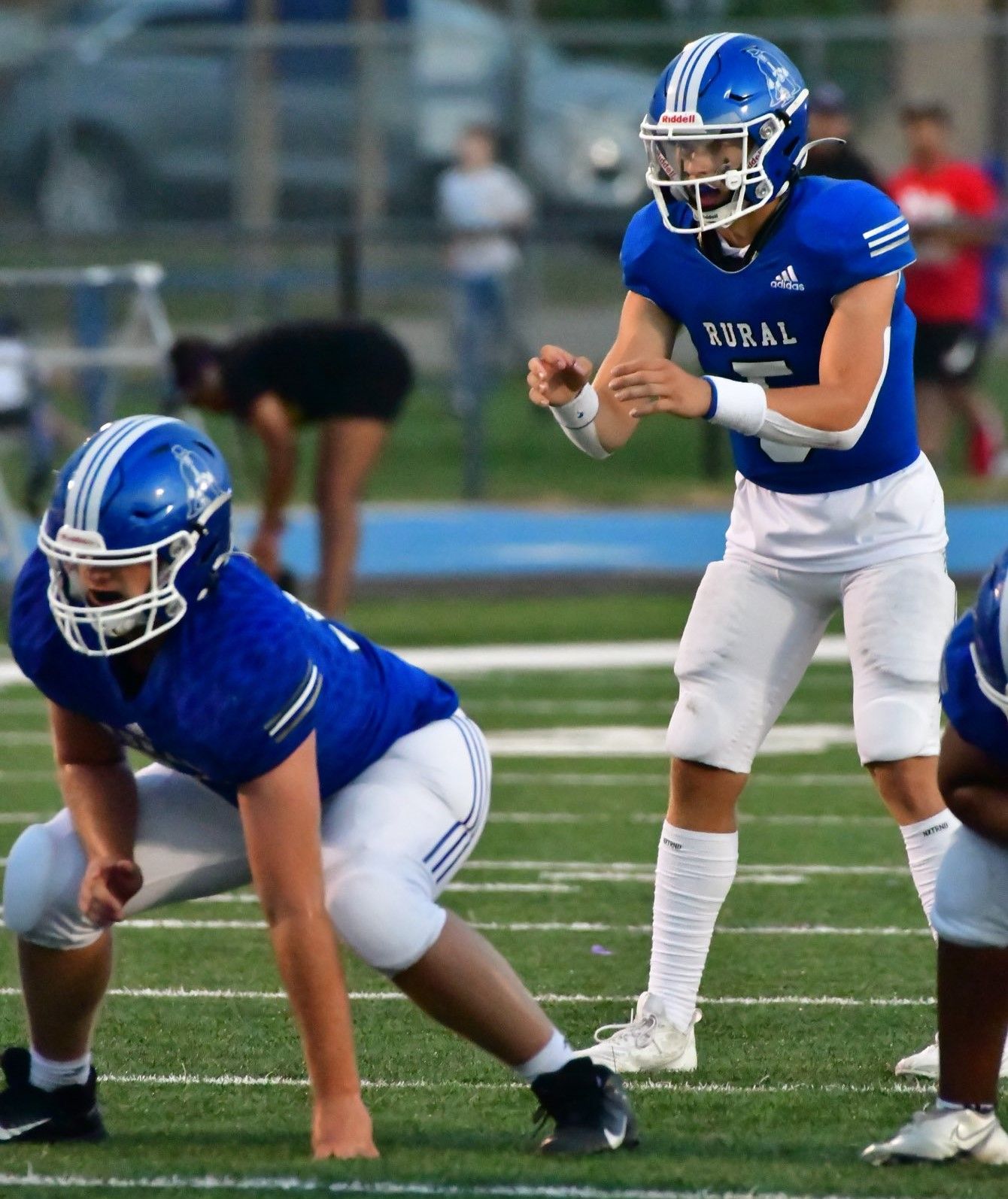 Washburn Rural suffered its first loss of the season last Friday, a 28-25 Centennial League decision at unbeaten Manhattan, while Junction City improved to 3-1 with a 28-21 non-league win over perennial Class 5A power Bishop Carroll. The Blue Jays will be making their league debut on Friday. Washburn Rural junior quarterback Branton DeWeese threw for a pair of touchdown passes against Manhattan while senior running back Ma'kenttis Adams scored on a 76-yard touchdown run.

The Bulldawgs and Eagles will square off in the annual War on 24, regarded as one of the state's premier rivalries. Rossville opened Class 2A District 3 play with a 49-8 romp past previously-unbeaten Atchison County last week while Silver Lake is coming off a 44-28 loss to Mid-East League opponent Rock Creek. Junior quarterback Camden Horak and senior Braiden Hensley had big nights for the Bulldawgs against Atchison County, connecting on four touchdown passes. Rossville opened its scoring with a 48-yard TD pass from Horak to Hensley and also hooked up on 20, 58 and 13-yard TD strikes. Shawnee Heights junior Allen Baughman (5) has rushed for 781 and 10 touchdowns for the 3-1 T-Birds. [Photo by Sarah Carson/Special to TSN]

Shawnee Heights ran its winning streak to three games with a 27-0 shutout over Basehor-Linwood last Friday. The T-Birds have now outscored their past three opponents by an 87-30 margin since a season-opening loss to Piper. Allen Baughman, a junior running back, carried the ball 29 times for 284 yards and three touchdowns against Basehor-Linwood and has 781 rushing yards and 10 touchdowns on the season. De Soto's lone loss was a 28-21 loss to Washburn Rural in Week 2. The Wildcats are undefeated in United Kansas Conference competition, including a 57-16 win over Leavenworth last week. 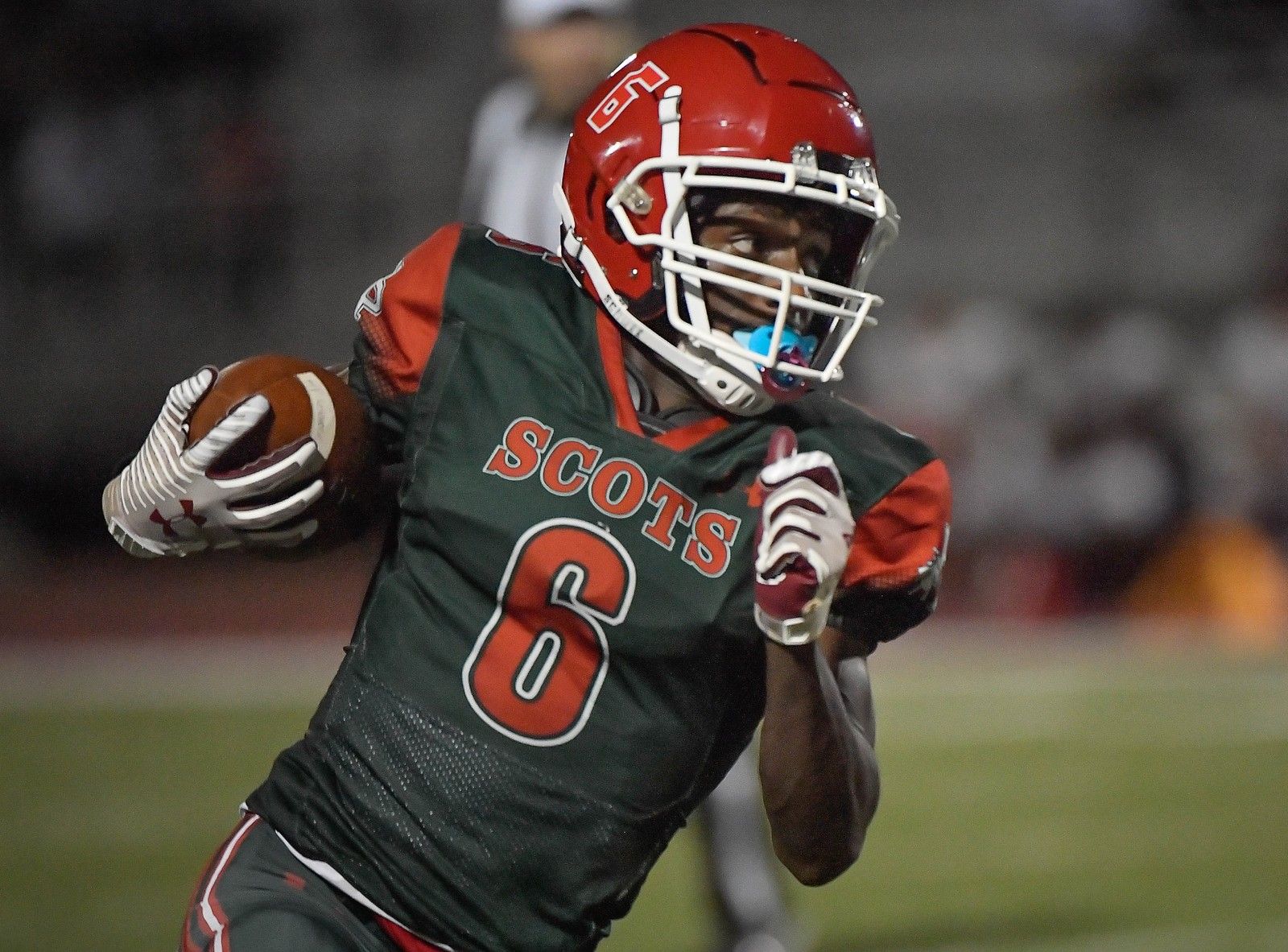 Senior Tre Richardson has rushed for 896 yards and 15 TDs and has 453 receiving yards and eight TDs for 4-0 Highland Park. [File photo/TSN

Highland Park remained unbeaten overall and in the Meadowlark Conference with a 74-0 romp past KC-Harmon last Thursday at Hummer Sports Park. Scot senior star Tre Richardson scored all six times he touched the ball as the Scots put the game out of reach with a 50-0 first quarter. Richardson has rushed for 896 yards and 15 touchdowns on 45 attempts, caught 13 pases for 453 yards and eight TDs and also passed for a TD. Highland Park, off to a 4-0 start for the first time since 1995, will step outside its conference and state on Friday to face a Lincoln Prep team that is 4-1 after a 14-13 win over Van Horn, its third straight victory.

Hayden opened Class 3A District 4 competition last Friday with a 52-14 home win over Jefferson West last week while Perry-Lecompton opened district play with a 49-18 loss to Holton. The Wildcats put the Tigers away early, scoring the first 37 points by the 8:04 mark of the second quarter and leading 44-7 at the half. Senior JC Cummings opened Hayden's scoring with a 16-yard run and also scored on a 58-yard pass from sophomore quarterback Jett Wahlmeier. Junior Finn Dunshee scored on a 29-yard pass from Wahlmeier and a 53-yard run. Hayden also got touchdowns from seniors Braydn Rose and Dylan Foster and junior Broderick Desch. Topeka High notched its first win of the season last Friday, taking a 34-21 Centennial League Homecoming win over Emporia at Hummer Sports Park. Trojan senior quarterback Peyton Wheat passed for 216 yards on a 17 of 25 performance (one interception) and ran for 77 yards on 10 attempts, including a 25-yard touchdown. High junior Isaiah Kincade carried the ball 15 times for 104 yards, including a victory-clinching 61-yard touchdown run, and he caught eight passes for 84 yards. The Trojans will take a break from league play to go on the road to face 3-1 Wichita Northwest, which is coming off of a 52-14 win over Wichita East. The Grizzlies have won three straight games since a 53-41 loss to Bishop Carroll, outscoring their last three opponents by a 145-34 margin.

Topeka West dropped a 49-0 United Kansas Conference decision to Piper last Saturday at Hummer Sports Park while Lansing is coming off a 50-32 UKC loss to Seaman on Friday. Topeka West standout senior quarterback Malachi Berg rushed for 107 yards on 16 attempts against Piper and also passed for 115 yards on a 12 of 23 performance. 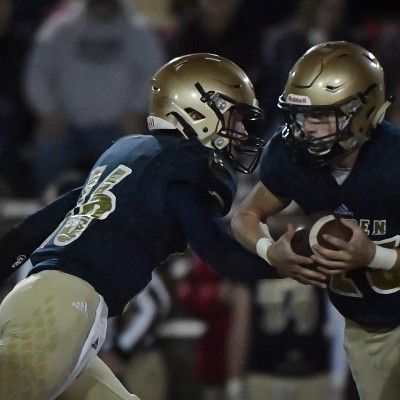