Research is ongoing to determine if Hayden's girls had ever won a city tennis team title before Thursday's thrilling 26-25 win over Seaman at the Kossover Tennis Center. 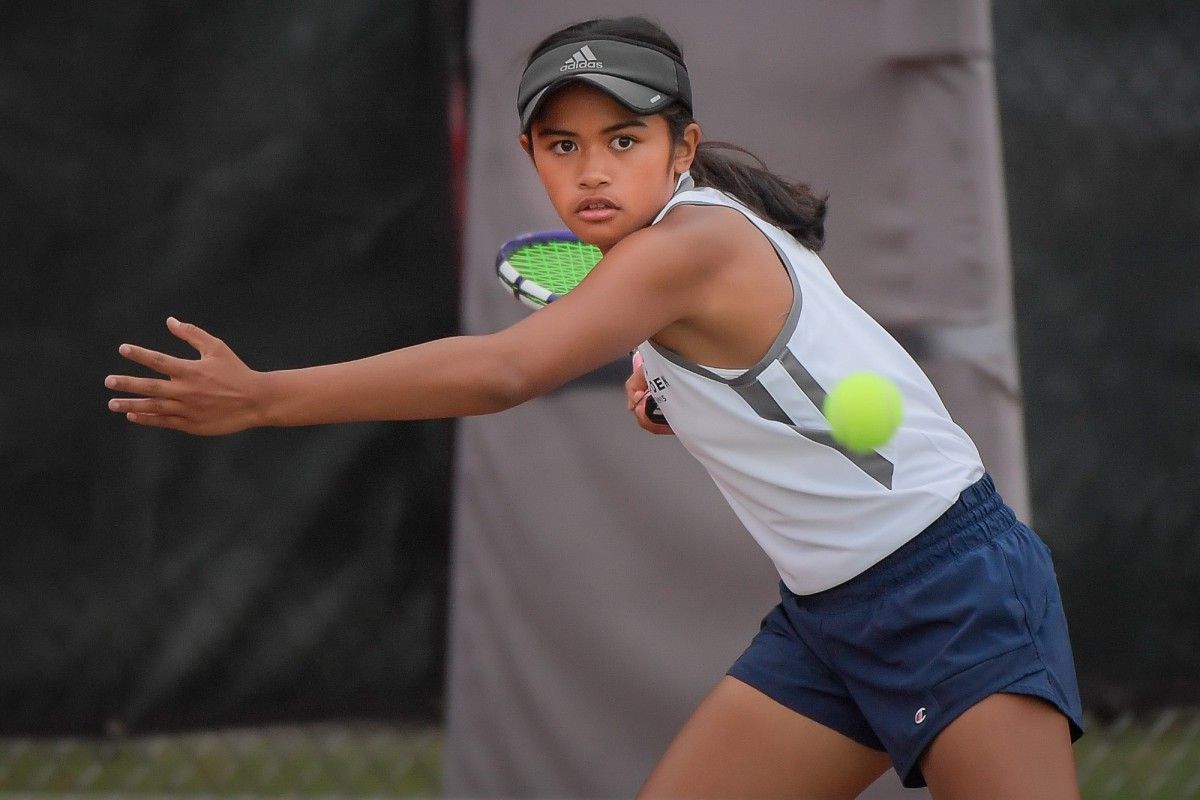 Hayden sophomore Ainzley Zulueta returns a shot on the way to her second straight city No. 1 singles title Thursday at the Kossover Tennis Center. [Photo by Rex Wolf/TSN] 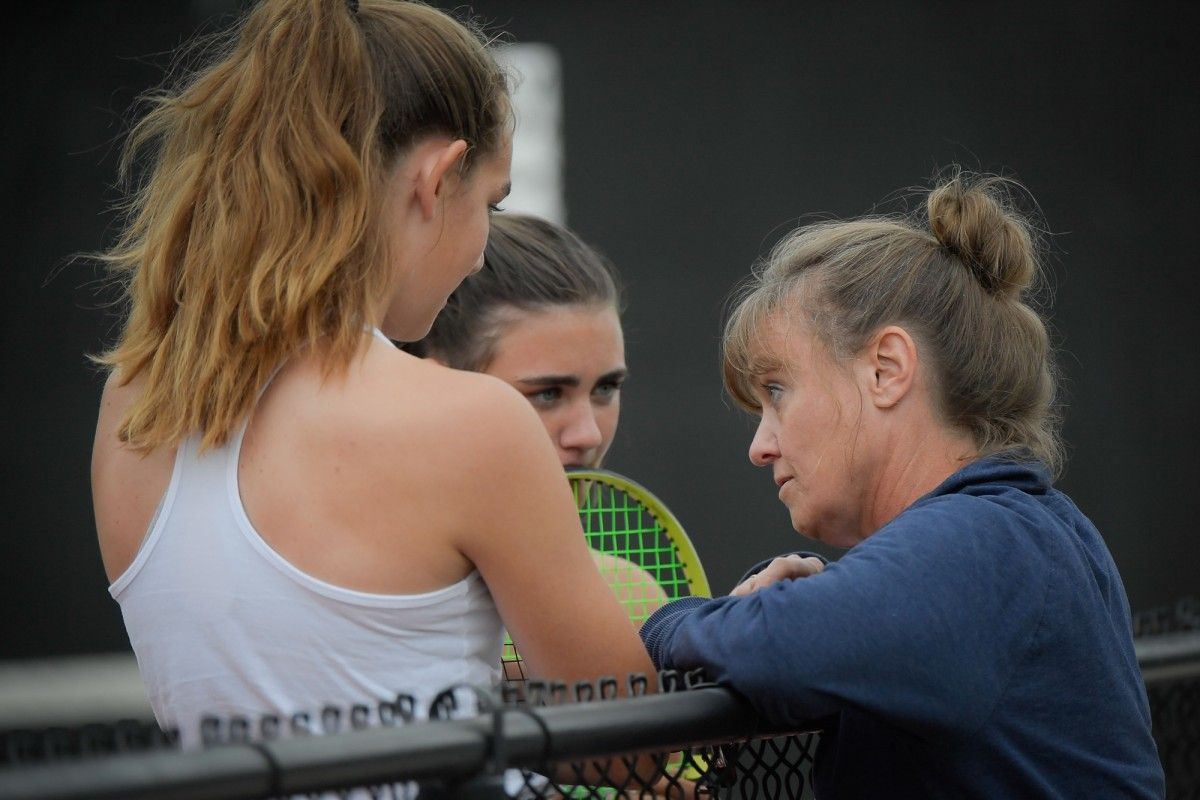 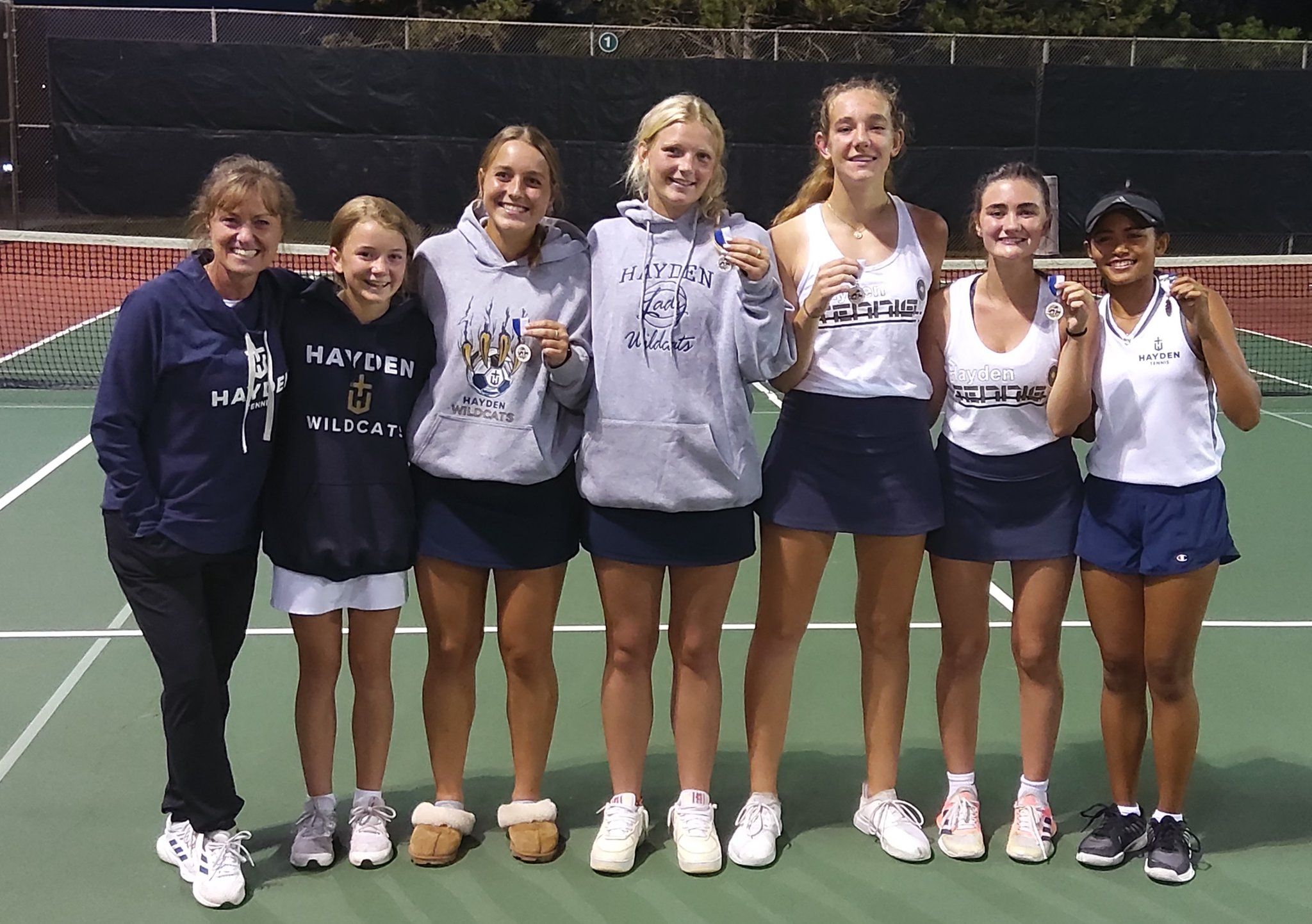 Hayden's tennis poses for a team picture after winning the city team title Thursday at Kossover Tennis Center by 26-25 margin over Seaman. [Photo by Rick Peterson/TSN]

But it's a sure thing that if Hayden had ever won the championship it was a long, long time ago, probably before any of the current Wildcats were even born.

And that made Thursday's victory extra special.

Christy Sheetz's Hayden team got city titles in No. 1 singles from sophomore Ainzley Zulueta and in No. 1 doubles from junior Lauren Sandstrom and sophomore Emily Sheetz to lead the way as the Wildcats topped runner-up Seamann by the narrowest of margins

"That means so much to us, not only the team but it's our coach's first city win,'' Sandstrom said. "And it's huge for the team. Going forward it will be a big part of getting us motivated for our future meets.''

Emily Sheetz, daughter of the Hayden coach, said the city meet had been a major topic of conversation leading into Thursday.

Zulueta, the defending Class 4A singles champ, captured her second straight city title with a 6-4, 6-3 win in the finals over Seaman senior Lauren Sweeney, a 5A state champion in doubles a year ago.

It was Zulueta's second hard-fought win over Sweeney in five days, with Zulueta taking an 8-6 win at Olathe last Saturday.

"At the last meet we had played like five matches beforehand,'' Zulueta said. "It was a long day and I'm glad I got to play her when she was like at her best so I could also give my best.''

After winning the city title as a freshman Zulueta said it was obviously a goal to repeat on Thursday.

"It does become a goal and I was really excited for this meet and I'm glad it ended the way I wanted it to,'' Zulueta said.

Sandstrom and Sheetz had an even tougher battle in the championship match, taking a 7-5, 4-6, 10-4 win over Seaman sophomore Katie Krumins and freshman Molly Gorman.

Sandstrom and Sheetz struggled early against Krumins and Gorman, falling behind 3-0 before rallying to take the first set. Seaman answered with a second-set win before the Hayden duo took control in the super tiebreaker.

"We both just had to clear our heads and get in the game,'' Sandstrom said. "We were both a little nervous at the beginning so getting back into it really helped.''

Washburn Rural, the 2021 city champ, finished third on Thursday, just three points behind Hayden, as seniors Hailey Beck and Ciana Evans captured the city title in No. 2 doubles to lead the Junior Blues.

Seaman senior Nina Del-Zio won the city title in No. 2 singles to give the Vikings one championship, two second-place finishes and a third-place finish in No. 2 doubles on the day. 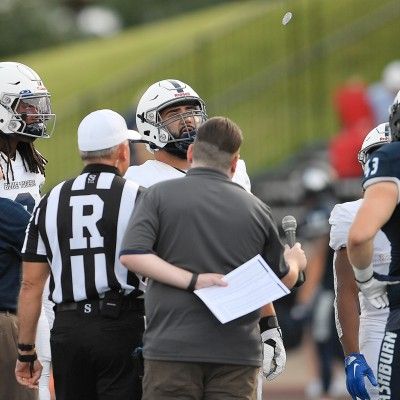