For some athletes it might seem strange to have a family member coaching them.

For Washburn University freshman volleyball player Sydney Conner, anything else would be the strange part. 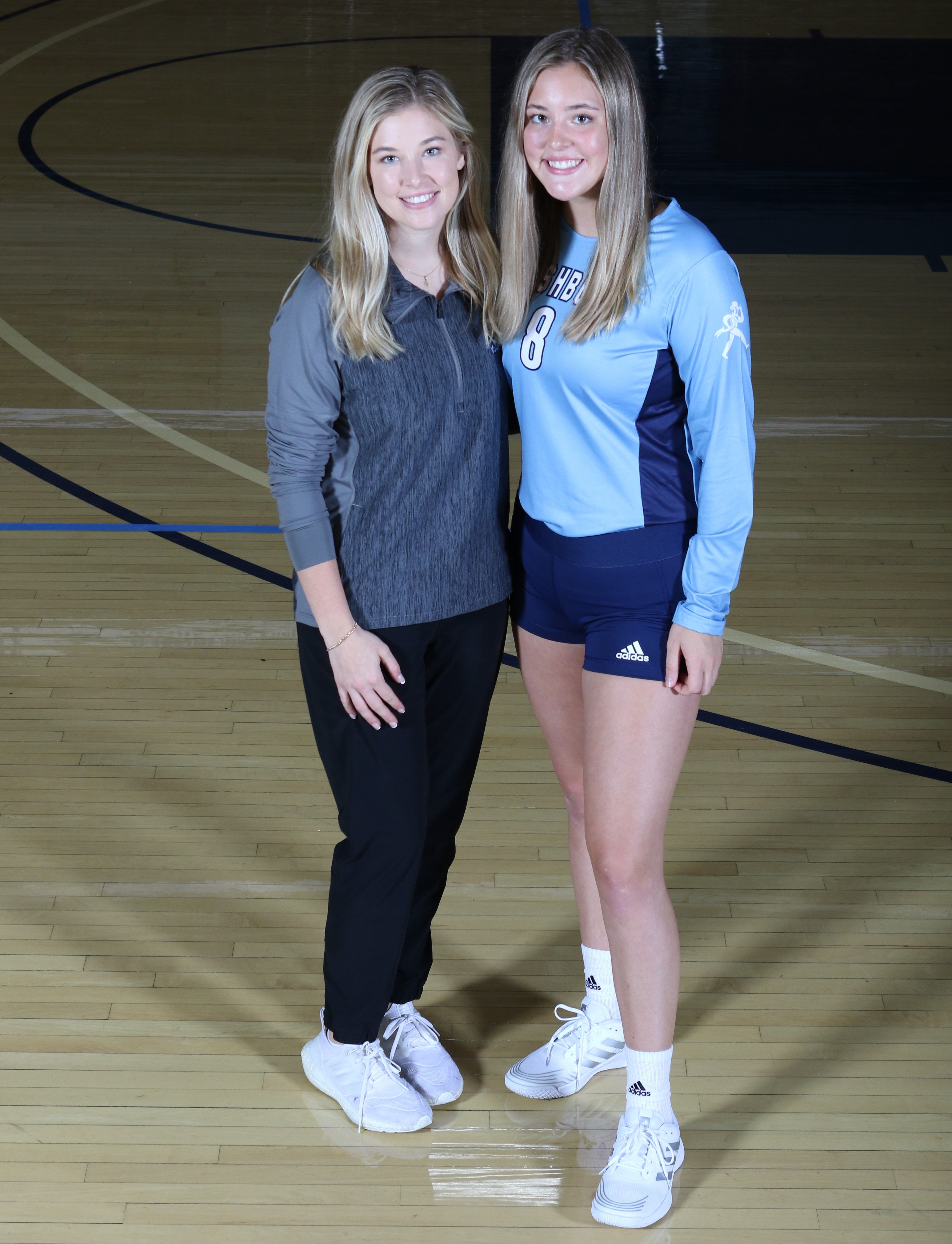 Sydney Conner, a 5-foot-11 setter, starred for her mother, Kris, at Kearney (Neb.) Catholic High School and is now working alongside older sister Shayla Conner, an assistant coach at Washburn after earning All-America honors as a setter for the Ichabods.

"I always get a lot of questions, 'Is it weird having your sister as your coach?' '' Sydney Conner said. "I always say no because I'm just kind of used to it in the sense that family always comes first but we all grew up together in the gym, so it works great.''

Shayla Conner said that when she went into coaching she knew the odds were pretty good that she'd get the chance to coach her little sister in college.

"I honestly don't think we ever talked about it, but in a way I've kind of coached her her whole life and she's always watched me play as she grew up, so it just kind of worked out that way,'' Shayla said. "She wanted to play for me and obviously I wanted to coach her.''

After finishing her playing career at Washburn (2014-2018), Shayla was a student assistant at Missouri-Kansas City for the 2019-20 school year and then served as a graduate assistant at Nebraska-Kearney before being named the assistant coach at Missouri Western in January of 2021.

Sydney originally planned to join Shayla at Missouri Western, but when Shayla was named assistant coach to Chris Herron at Washburn in the summer of 2021, Sydney soon followed.

"Obviously Washburn has an incredible volleyball program and of course Shay playing volleyball here I always got to watch games and got to associate with the team and coach Herron, so as soon as she came over it was a no-brainer for sure,'' Sydney said.

Shayla, the Washburn Female Athlete of the Year in 2018-2019, said it's been a relatively smooth transition coaching Sydney with the Ichabods.

"I think where we benefit from that situation is with my mom being her high school coach we're kind of used to sports and the family dynamic within that,'' Shayla Conner said. "It's nothing new for us and overall it's been a pretty easy transition.

"Sure, there's days that something will rub me the wrong way or I'll be the sister instead of the coach, but we do a good job of balancing it.''

As a former setter herself, Shayla works a lot with the WU setters, including Sydney, and said she does her best to treat all the Ichabod players the same way.

"I'd say I treat all the kids pretty equal,'' Shayla said. "Especially in the setter position, because I was a setter, I'm on the setters regularly. I've never been much of a yeller, but when they do something wrong I definitely let them know and then coach is the one who will kind of bring the hammer down.''

Sydney Conner has split setting duties with fellow freshman Corinna McMullen this season, with both players seeing action in all 12 matches and 43 sets for the Ichabods, 11-1 entering Thursday's MIAA road match at Central Oklahoma and Friday's conference match at Newman.

McMullen, whose older sister Sophie is a junior for WU, has started all 12 matches with 258 assists and 81 digs while Conner has 194 assists and 76 digs.

"I did not expect to play right away,'' Sydney Conner said. "I didn't think I was ready but after a few weeks here they kind of got me into shape and got me going and it's been a great experience so far.

"I think I'm doing alright. Me and Corinna McMullen work really well together. We're each other's biggest fan and constantly pushing each other to get better and that dynamic as setters really helps a lot. We definitely lean on each other a lot and it also helps a lot having Shay because she was a setter, too, so we can lean on her and ask her what she thinks.''

Coach Shayla said she's been pleased with how far the Ichabods' freshman setters have come along in a short time.

And on those occasions when Shayla has to use tough love, Sydney said she's fine with that.

"I have a lot of respect for my sister in the sense that I know she knows what she's talking about,'' Sydney Conner said. "She was a great player in high school and here. She's learned a lot from the different schools she's been at so I trust her opinion and value it a lot.''