As the saying goes, defense wins you games and that saying was relevant in Friday night’s defensive slugfest between Shawnee Heights and Seaman.

A deeply rooted rivalry since 1962 came back to the gridiron on Friday night with Shawnee Heights taking a 14-7 victory at Seaman Stadium in the first meeting between the two schools as United Kansas Conference members. 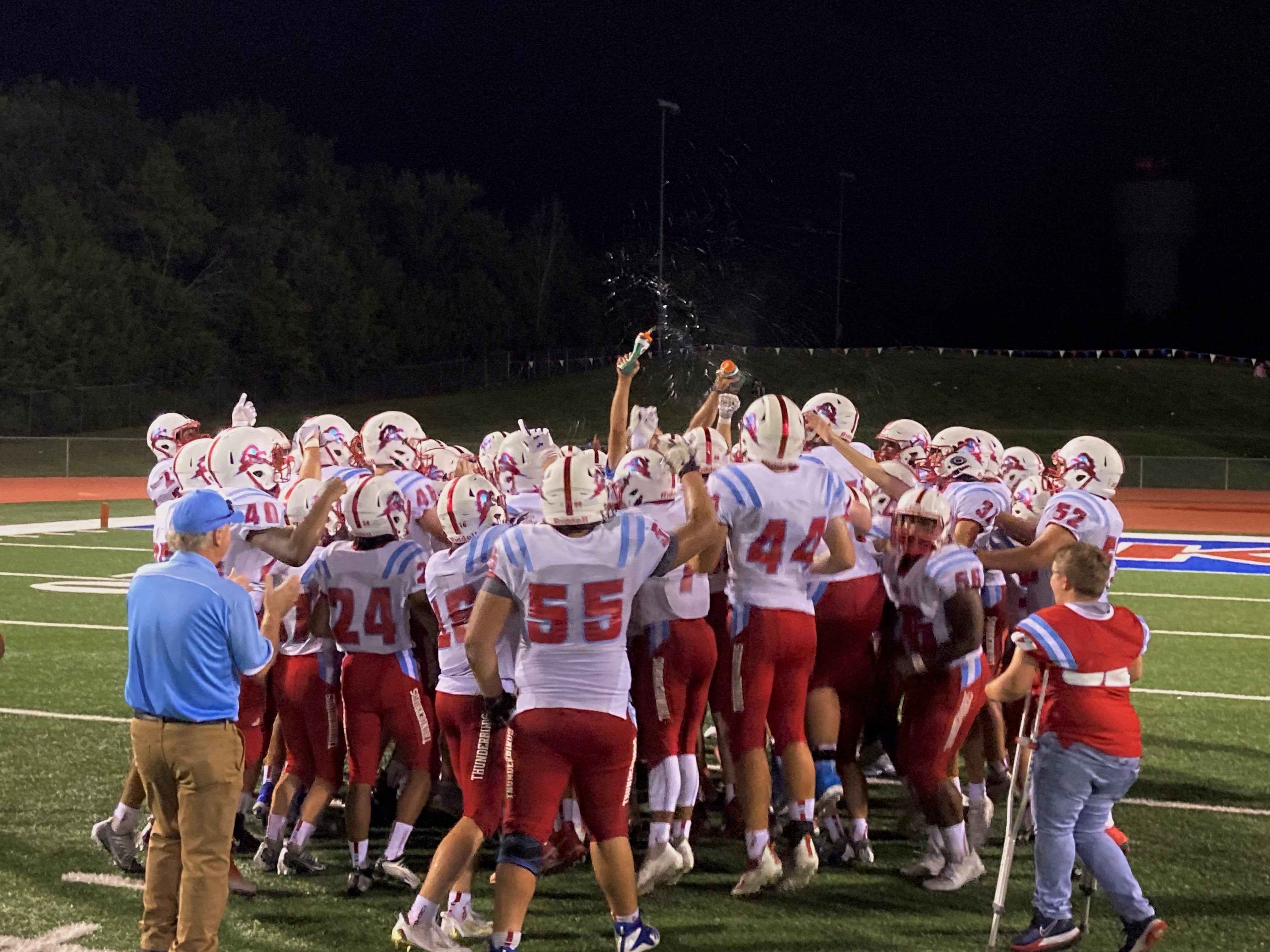 Shawnee Heights and Seaman hadn’t played each other before Friday night since 2017.

“Tonight was the epitome of what Friday night lights are about,” Shawnee Heights coach Jason Swift said. “Tonight had two teams that were pretty equal in talent, coaching and heart. Some mistakes were made, but we were able to come up with the win.”

The defensive clinic put on by Shawnee Heights was outstanding while another stellar part of its game plan was giving junior running back Allen Baughman the football as much as possible.

Baughman carried the ball 29 times for 178 yards and both T-Bird touchdowns on Friday night.

If you combine Baughman’s first three games of the season you’ll see that he has carried the ball 68 times for 492 yards and seven touchdowns.

“I have to give it to my line, I’m nothing without them,” Baughman said. “Honestly, I’m not that tired. The adrenaline is still with me and I had a great time tonight. It was a perfect statement win for us.”

In the first half, the ball wasn’t flying all over the field. The running game was working effectively but when the teams were down to third and long, the passing game struggled.

Seaman was awarded the ball to open the game. The Shawnee Heights defense came up with a big tackle for a loss, forced fumble and a three and out.

The Vikings returned the favor to the Thunderbirds, forcing Shawnee Heights to punt the ball away.

In the next offensive drive for the T-Birds, they were able to put points on the board. A 5:46 drive in the first quarter was capped off by a Baughman touchdown. Shawnee Heights aggressively ran the ball up the gut with Baughman, Jacob Malcom and Nick Freeland wearing out the Vikings' defenders.

Shawnee Heights would put together a noteworthy drive near the end of the second quarter. On a third and long, Freeland would drop back to pass only to be greeted by a Viking defender in his face. Freeland would heave the ball to Jayden Moore for a gain of 23 yards on a miraculous Houdini-like play.

The T-Birds would drive it down to the goalline with the clock ticking away and were unable to capitalize and put points on the board before the clock expired. Shawnee Heights would lead by 7 going into the break.

Shawnee Heights didn’t stew over the missed opportunity before halftime. Baughman’s legs led to a 13-yard touchdown and a quick way to give the Thunderbirds a 14-0 lead at the beginning of the third quarter.

Seaman’s offense almost had an answer for the Shawnee Heights' early third-quarter touchdown. A 62-yard run by Jack Bloom on the read option was wiped out due to a holding call. The Vikings were forced to punt the ball away.

The Thunderbirds would get the ball back but were bugged by penalties. Shawnee Heights would be saddled with a 3rd and 24 where they would fumble the ball away to Seaman’s Bryson Vawter.

Six seconds later, Max Huston would connect with Callen Barta for a 13-yard touchdown with 4:58 remaining in the third, cutting the Vikings' deficit to 14-7.

Barta would make a key defensive play for the Vikings at the 10:32 mark in the fourth quarter. Barta would pick off Freeland and get the Vikings near the red zone. The bruising T-Bird defense would force Seaman to turn the ball over on downs with a goal-line stop on 4th and 2.

“The defense was phenomenal,” Swift said. “They had to play their best tonight. Our defense made plays when we needed them the most.”

Turnovers from stripped balls from both teams dictated the remainder of the quarter.

Seaman would have one last chance to win the game with 00:16 left on the clock on a 4th and 20 at the 26-yard line, but the T-Birds knocked the ball free for the game-winning play.

“These are how Seaman versus Shawnee Heights games go,” Swift said. “It always seems to come down to the last play of the game.” 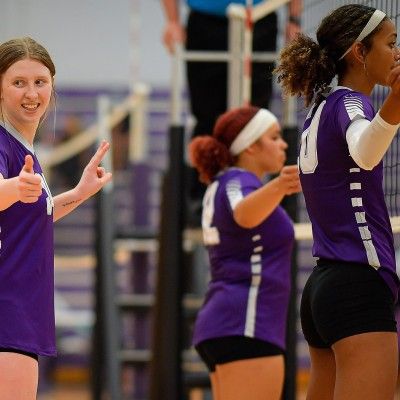