Washburn Rural junior Devon Rutschmann has had a lot of memorable soccer games in his career, but none that rivaled Thursday's performance at Hayden.

Rutschmann scored a career-high five goals and also threw in an assist as the Junior Blues rolled to an 8-0 Centennial League win over the Wildcats. 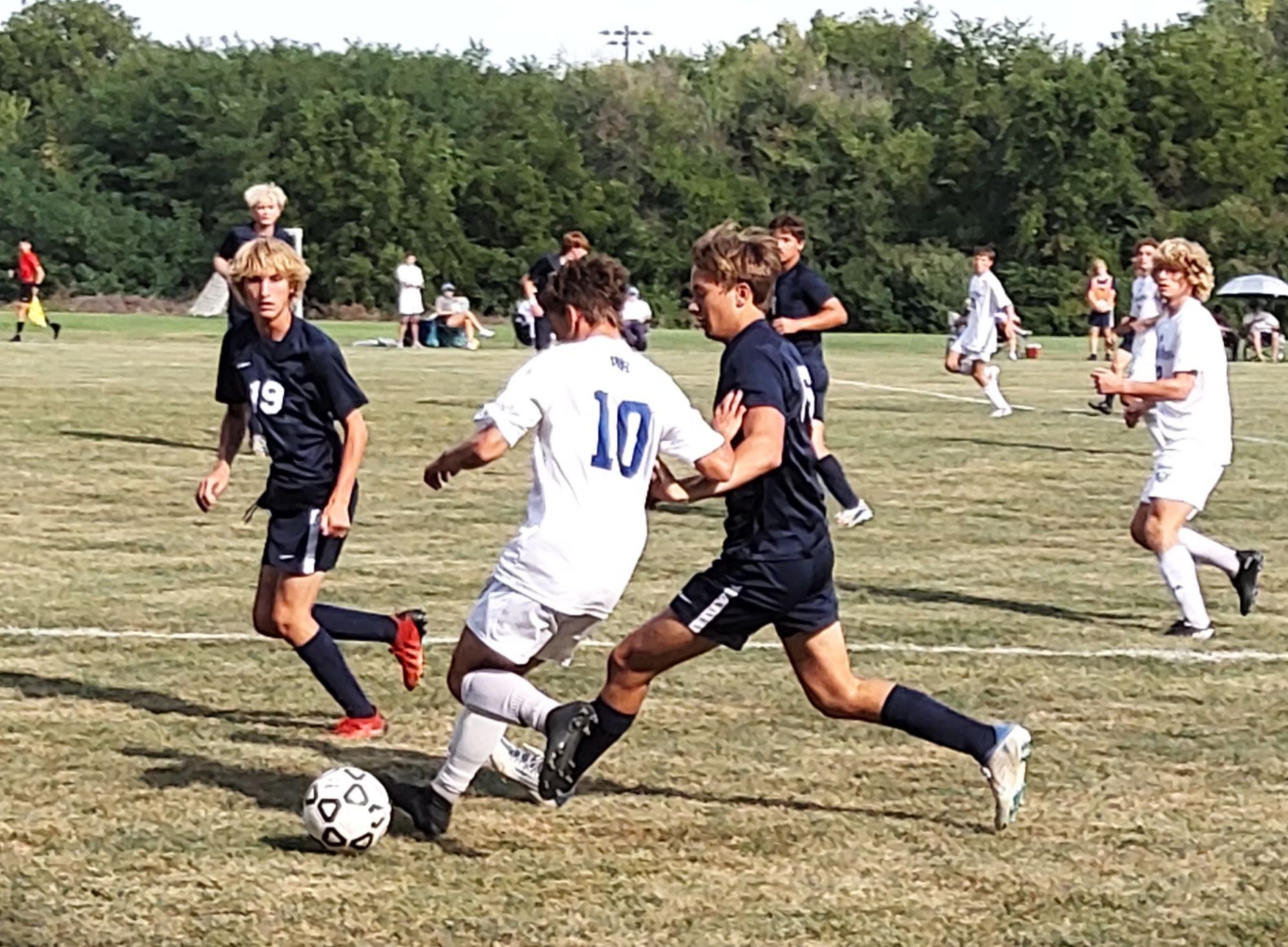 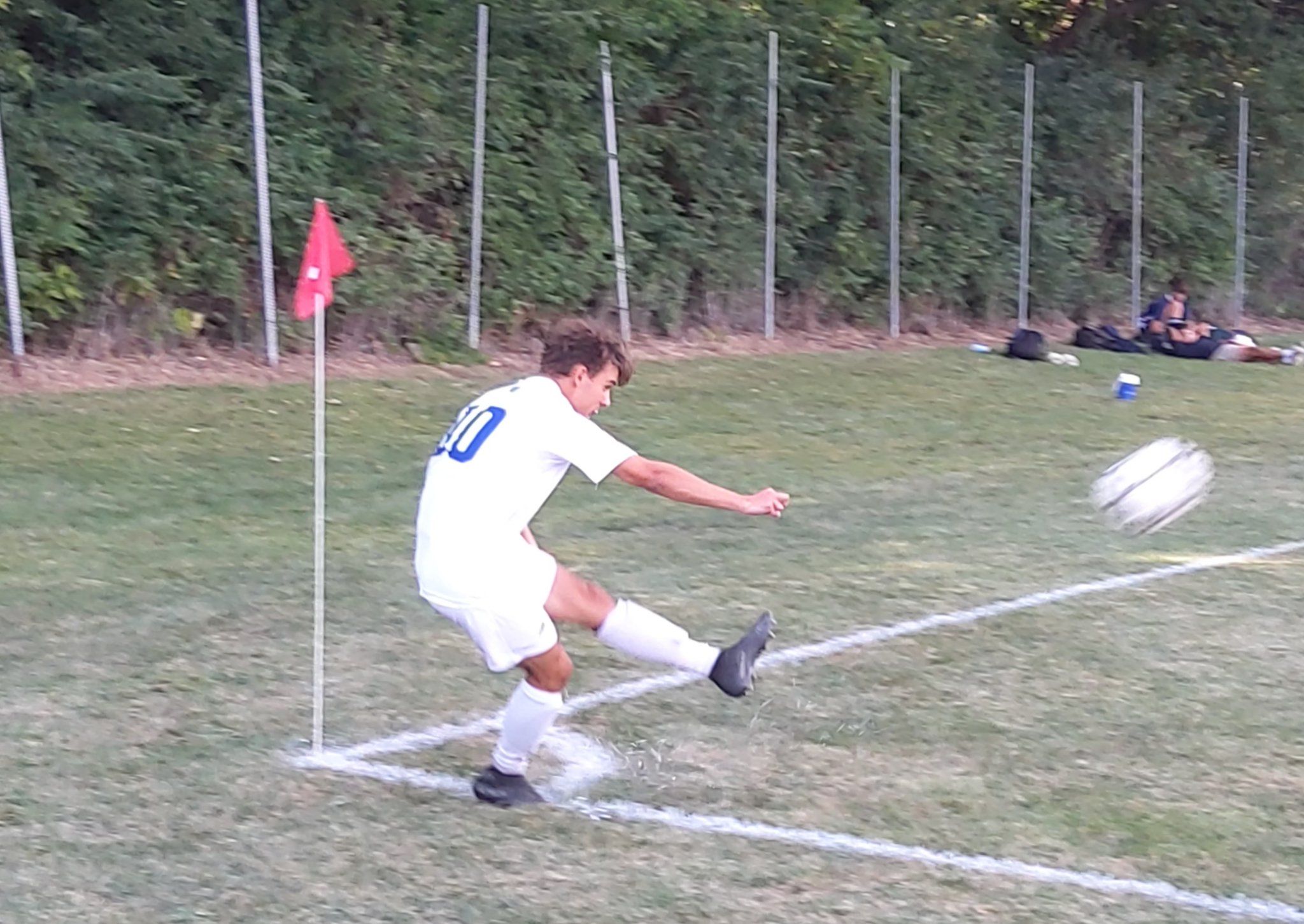 Washburn Rural junior Devon Rutschmann, who had five goals and an assist, delivers a corner kick in Rural's 8-0 win over Hayden. [Photo by Rick Peterson/TSN]

Rural senior star Easton Bradstreet, who had scored 13 goals over the first five games of the year, was held without  goal for the first time this season, but Rutschmann took up the slack and a lot more as the Junior Blues improved to 6-0-0

"They double-teamed him, maybe even triple-teamed him at times,'' Rutschmann said. "We would get him the ball and he'd get it right back to me and there was no one really there at times, so it worked.

"I had way more opportunities than the last couple of games.''

"Two or three games I could not buy one but (coach Brian) Hensyel told me, 'They're going to fall,' and tonight five fell,'' Rutschmann said.

"You maybe dream of five, but not realistically.''

Hensyel credited Hayden (1-4-1) with doing a good job defensively on Bradstreet, but said that Rutschmann is very capable of having a big game like he did Thursday.

"Ever since Easton had a great start to the season people have been all over him,'' Hensyel said. "That's good coaching. Anybody's going to look at it and say, 'Well, that's the guy that's been scoring all the goals, we've got to play closer attention to him.'

"The good thing for us is then that opens up Devon because Devon's a talented forward as well so if that creates space for him that also creates trouble for people.''

Senior Ty Stead scored the only goal Washburn Rural would need at the 30:04 mark of the first half off a Rutschmann pass and the score stayed that way until Rutschmann scored his first goal of the day with 5:00 left in the half.

Rutschmann's goal started a string of five strraight for the Junior Blue standout, putting Rural in front 6-0 with 9:06 remaining.

Freshman Drew Moore and sophomore Wilson Miller scored the Junior Blues' final two goals to account for the final score while junior Ethan Uhlrig picked up the shutout in goal. 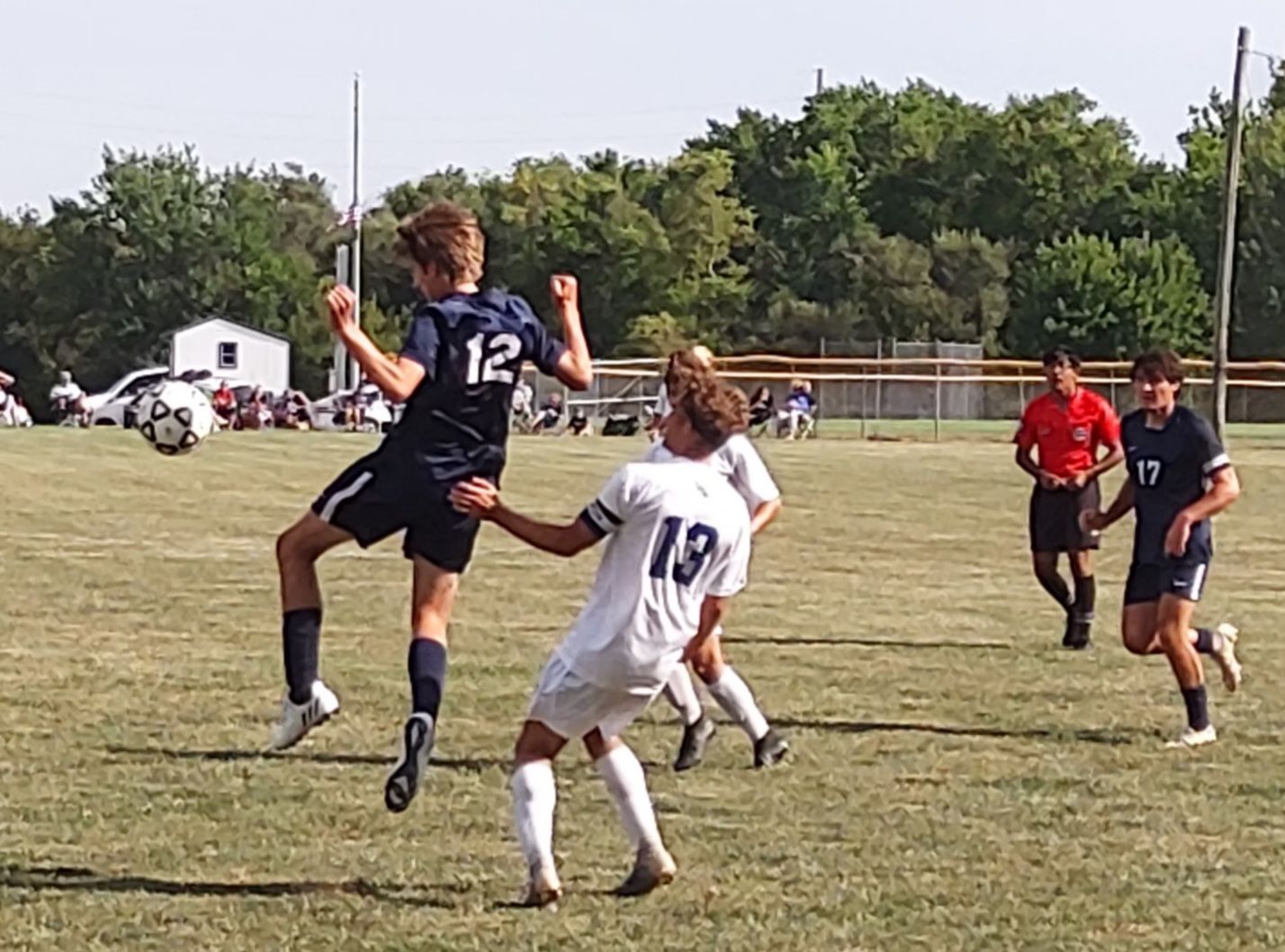 Juniors Ethan Uhlberg and Brayden Lehnherr combined for the shutout in goal.

Wahburn Rural will play its third game of the week on Saturday, going on the road to face state power Blue Valley Northwest. 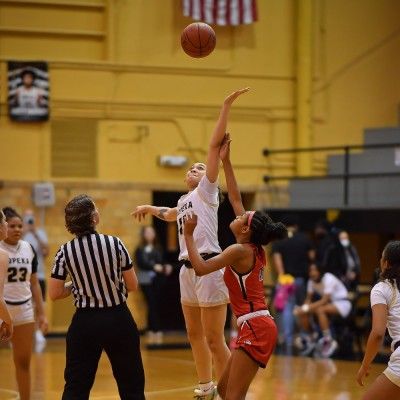