The goalies claimed their territories in the boxes, defenders were walls and the effort shown by both schools were notable. 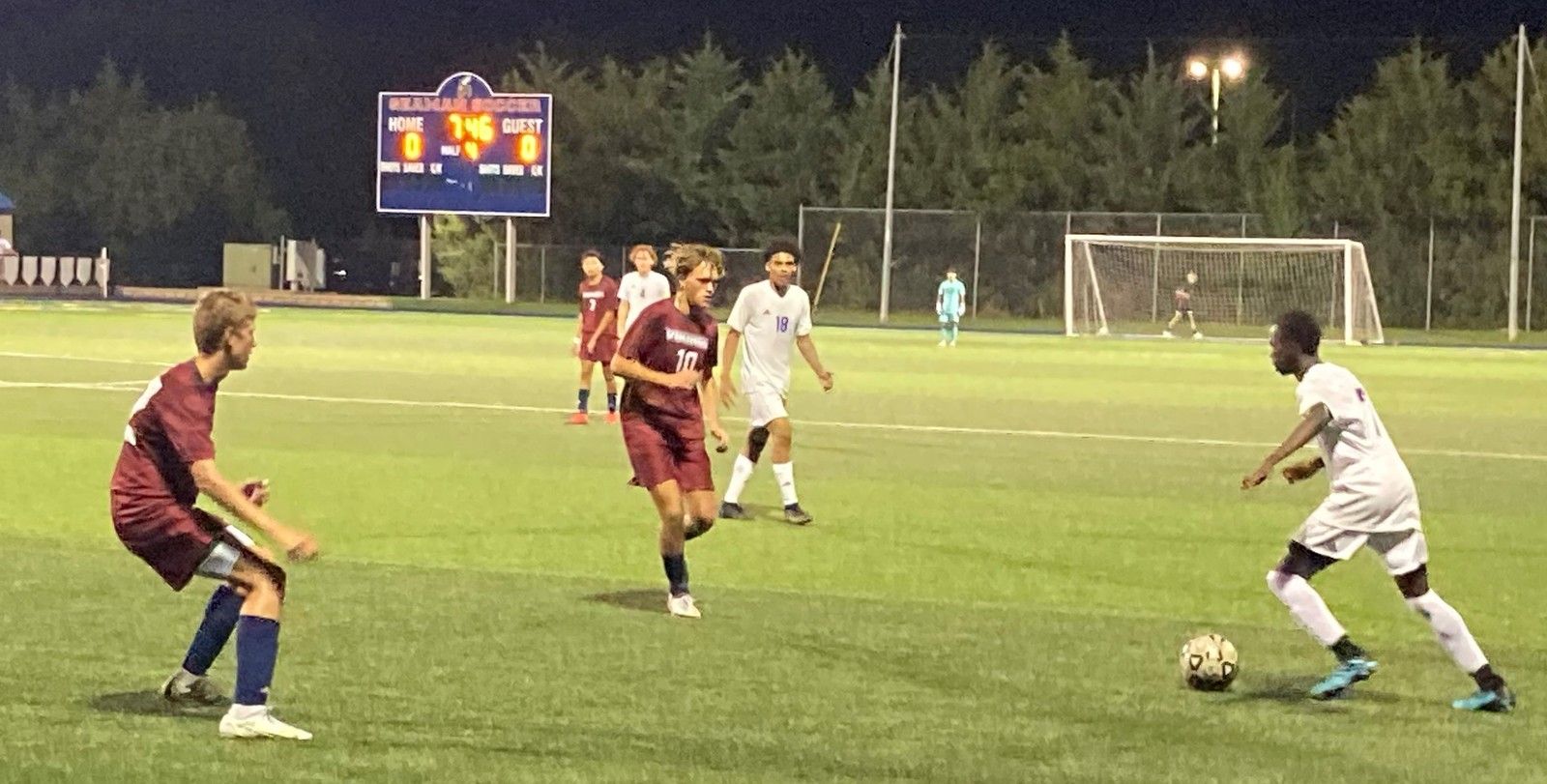 “Ayden (Thompson) is rock solid back there,” Seaman coach Tim Nussbaum said. “He is our anchor defensively and we go where he goes. Ayden is a great communicator and he owns his box. What Ayden does well is exactly what you want in a goalie. He gives it his all and he’s a great leader. I think that showed tonight.

Although Topeka West wasn’t able to net any goals against a tough Seaman backline, the Chargers are making great strides to where they want to be as a program according to West coach Josh Kutter.

“We have to keep working on our focus and growth,” Kutter said. “Lately we have been playing the right way. We didn’t get the finishes we wanted to so far this week, but we are heading in the right direction. I like what I’m seeing in this team.”

Offensively, it wasn’t the prettiest night from either squad. The Chargers and Vikings were itching to score with the slim opportunities that they had Tuesday night.

Topeka West’s Isaac Gonzalez-Talavera and Harrison Lane had a standout game and it seemed like when Seaman had an open lane to the goal, those two clogged it.

“We made some key adjustements on defense that were able to keep some of Seaman’s quick players away,” Kutter said. “Seaman has talented players that can tear up the middle and we needed to do everything we could to prevent them from getting close.”

“We are a hard team to beat defensively,” Nussbaum said. “We’re doing terrific on defense and we are seeing some great things from our backline. We have a lot of work to do on the offensive side of the ball. If our defense can keep playing the way they are, our offense will be able to get things going.

The double overtime contest will be tough on both squads.

Seaman (1-2-2) will be tested on Thursday night as the Vikings will hit the road to take on Shawnee Heights (1-3-1) at the Bettis Family Sports Complex.

Topeka West (0-6-1) will play its third game of the week on Thursday night when it hosts Turner (1-2-1) at Hummer Sports Park.