There was no shortage of scoring opportunities for Topeka High's soccer team Monday night against Topeka West, beginning early in the contest.

But it took a while for the Trojans to find the back of the net before turning the tide with three second-half goals in a 4-2 non-league victory over the Chargers at Hummer Sports Park. 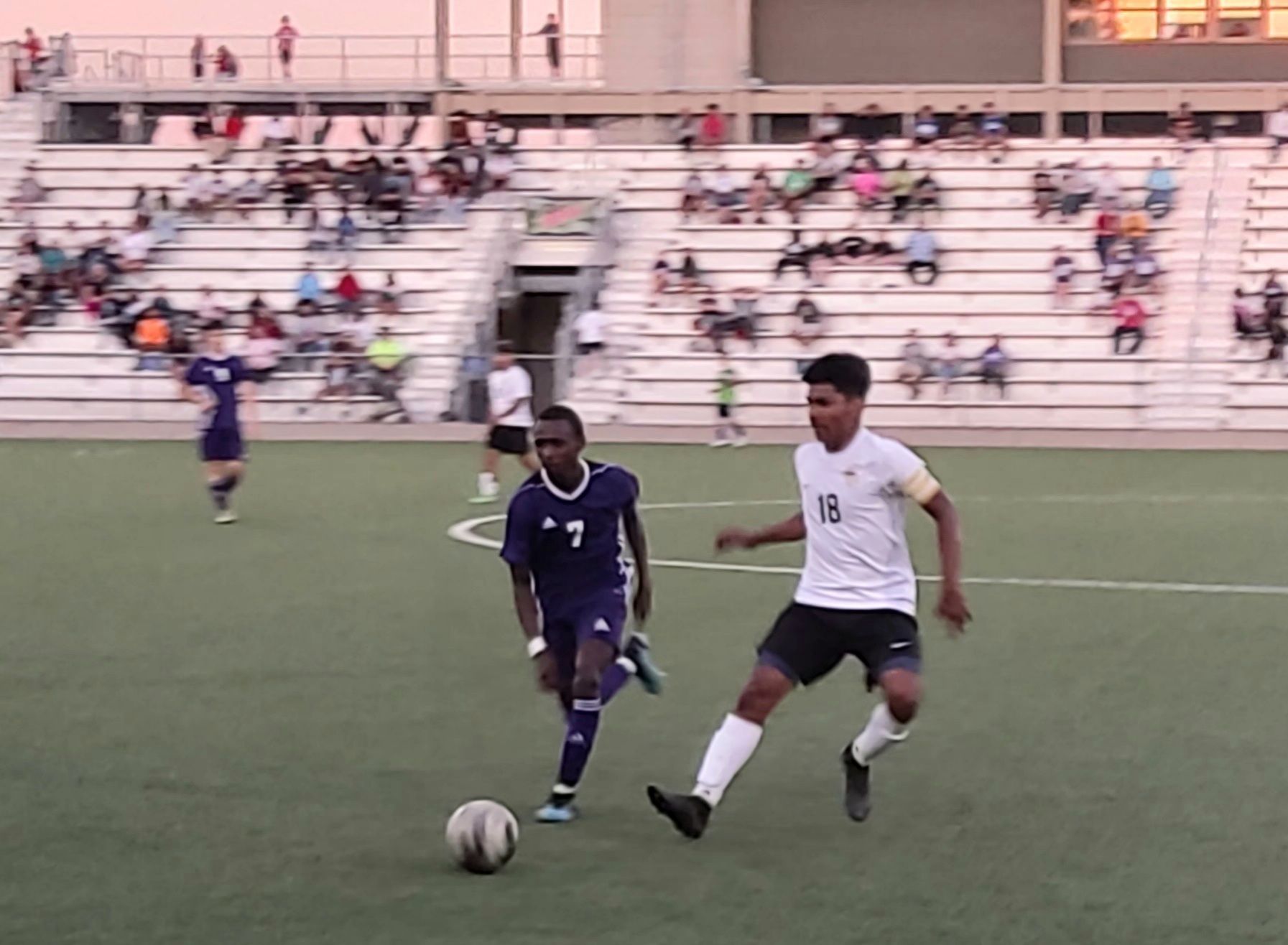 Topeka High, which improved to 3-2 on the year, trailed twice in the game, including a 2-1 halftime deficit, before dominating the second half.

Topeka West (0-6) drew first blood at the 29:05 mark of the first half on a shot from junior Isaac Gonzalez-Talavera off an assist from junior Brendan Komma, but Topeka High squared the match with 21:13 left in the half on a goal from junior Chris Gomez.

Senior Lenny Njoroge made the score 2-1 West with 16:39 left in the half and the Chargers maintained that advantage through the remainder of the half.

Junior Jayden Vargas pulled Topeka High even 8:25 into the second half off a pass from sophomore Jaime Alvarado and junior Logan Murray put the Trojans ahead to stay with 21:13 remaining before Alvarado gave High its 4-2 advantage with 15:54 remaining off an assist from senior Thomas Schmidt.

There was a scary moment with 26:47 remaining when West's Komma and Topeka High freshman goalkeeper Billy Lutz collided just outside the goal as both players went for the ball.

Both players went to the ground with left leg injuries, stopping play for several minutes.

Komma had to be helped from the field and did not return while Lutz stayed in the game despite an obvious limp before leaving with 3:24 remaining.

"It was just a bang-bang play,'' Snook said. "The (West) kid was legally going for it and Billy came out and was going after it as well and they just banged knees. I don't know what happened to the Topeka West player, I hope the best for him. Billy, hopefully, will be ready to rock and roll tomorrow.''

Topeka West coach Josh Kutter said he thought his team did a good job of responding to the loss of Komma, but said it was an obvious factor.

Although West is still looking for its first win since 2020, Kutter said he continues to see progress.

"We've started finding the net in the last couple of games so we're still seeing improvement,'' Kutter said. "We are still possessing and connecting and playing soccer really well. We've just got to find a way to hold on until the end.''

Topeka High will be back in action Tuesday, hosting Tonganoxie in a 6:15 p.m. non-league contest while Topeka West will tavel to Seaman for a 6:15 United Kansas Conference matchup.