Race week! A look back at 15 of the top moments in Topeka drag racing history

Heartland Motorsports Park has been on the NHRA national drag racing schedule since the facility opened in 1989, hosting at least one national event every season except 2020 when Topeka's largest sporting event was canceled due to the coronavirus pandemic.

The facility that bills itself as the "House of Speed'' will be back in action Friday through Sunday when the stars of the Camping World Drag Racing Series return to Topeka for the 2022 Menards NHRA Nationals presented by PetArmor.

Gearing up for race week, here’s a look back at 15 of the great moments in Topeka drag racing history from the perspective of someone who's had the privilege of attending every national event since the track opened: 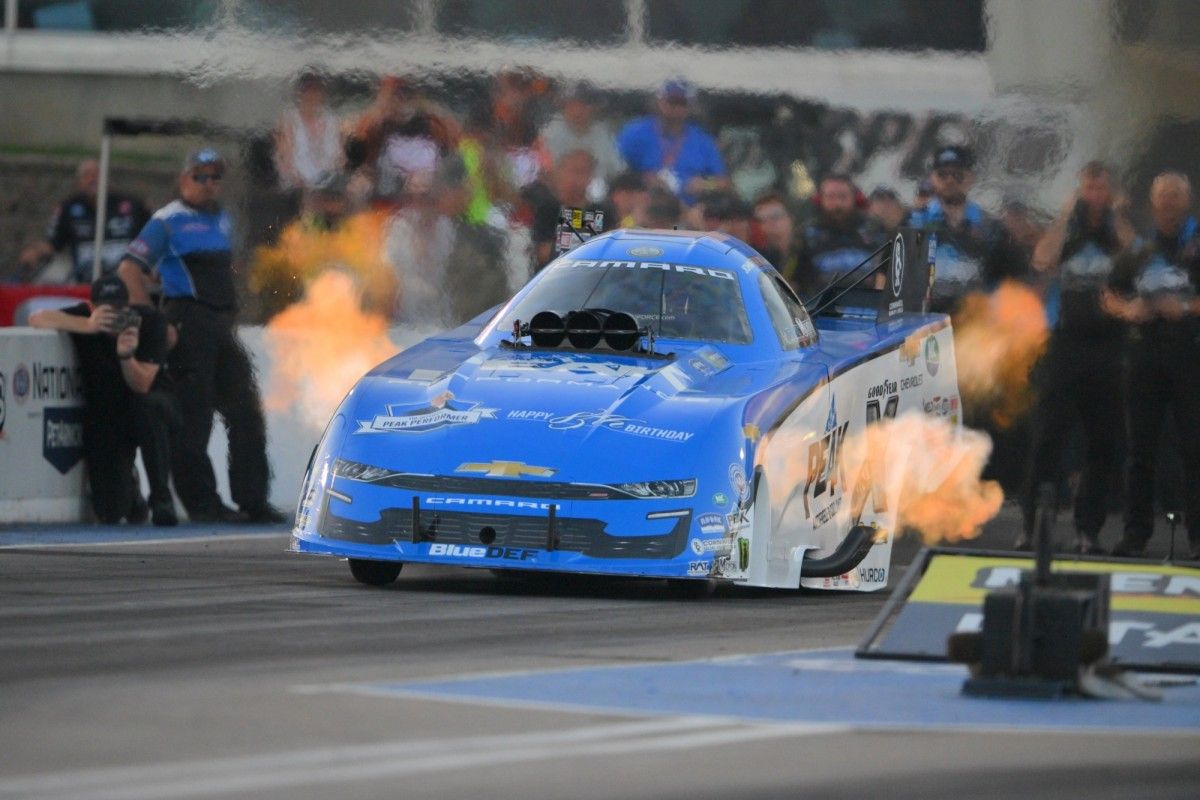 1. John Force called his Funny Car win at Heartland in 2008 the biggest of his career. That’s saying a lot for a driver who has won 16 championships and an NHRA-record 155 national events as a driver and 21 world championships as an owner with John Force Racing.

What made the 2008 victory stand out was that it was Force’s first victory after a serious crash at Dallas in '07 that ended his season and put his career in jeopardy.

"I knew even then my legs were still weak. I struggled just getting in and out of the car, but to get that win after a year of rehab was huge -- to be there and hear those fans scream the way they did.”

2. In 1990 the late Gary Ormsby put Topeka on the national racing map, becoming the first driver in NHRA history to break the 4.9-second and 295 mile-per-hour barriers in his Top Fuel dragster, clicking off a pass of 4.881 seconds at 296.06 mph.

Ormsby, who won the 1989 Top Fuel championship, died after a battle with cancer on Aug. 28, 1991. Ormsby ran his final race at HMP, defeating Lori Johns in a match race.

Ormsby will always be linked with Heartland Park, with the main entrance into the facility named Gary Ormsby Drive after his death.

3. The 1993 Sears Craftsman Nationals at HMP delivered a double dose of history in the Funny Car class when Chuck Etchells and Jim Epler both broke the four-second and 300-mph barriers.

Etchells became the first Funny Car racer to run in the fours with a 4.987 pass while Epler recorded the first 300-mph run with a 300.40 pass. 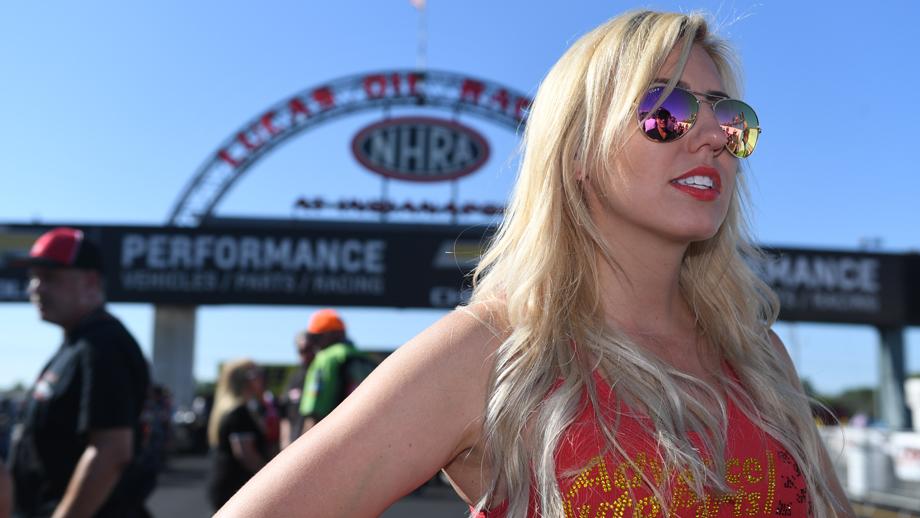 4. Courtney Force topped Cruz Pedregon in the 2014 Funny Car final at HMP to post the 100th event win by a woman in NHRA history.

"There's just a lot of emotion right now," Force told reporters after the race. "I'm so proud of my guys and I am happy to win this for all of the girls who have won races in NHRA over the years. They know how to win, and this win is for them."

5. In 1996, Top Fuel star Joe Amato became the first racer in NHRA history to break the 4.6-second barrier. Moments after Amato’s record run the late Blaine Johnson topped Amato with a run of 4.592 seconds at 312.02 mph.

The main grandstand adjacent to the starting line at HMP is named after Johnson, who died later in 1996 in a racing accident.

6. Heartland closed out the 1995 season as the site of the quickest run in NHRA history, with the late Scott Kalitta recording a 4.66-second run during the Sears Craftsman Nationals. Kalitta posted six national-event Top Fuel wins at Heartland Park, including two wins in 1995 and wins in five straight years from 1993-1997. Kalitta died in a racing accident in June of 2008.

7. Pat Austin won both the Top Fuel and Top Alcohol Funny Car titles in 1991, making him the first driver in NHRA history to win two classes at one national event.

8. Australian David Grubnic posted his first career Top Fuel victory at Heartland Park in 2005. Grubnic was the first driver from outside North America to win an NHRA national event. Grubnic also won at HMP in 2012, posting two of his three career wins in Topeka.

A three-time world champ, Hight posted his third Topeka win in 2019 and considers Heartland one of his homes away from home, joining JFR in Topeka for his first race as a crew member in 1994 and getting his Funny Car license at the track in '04. 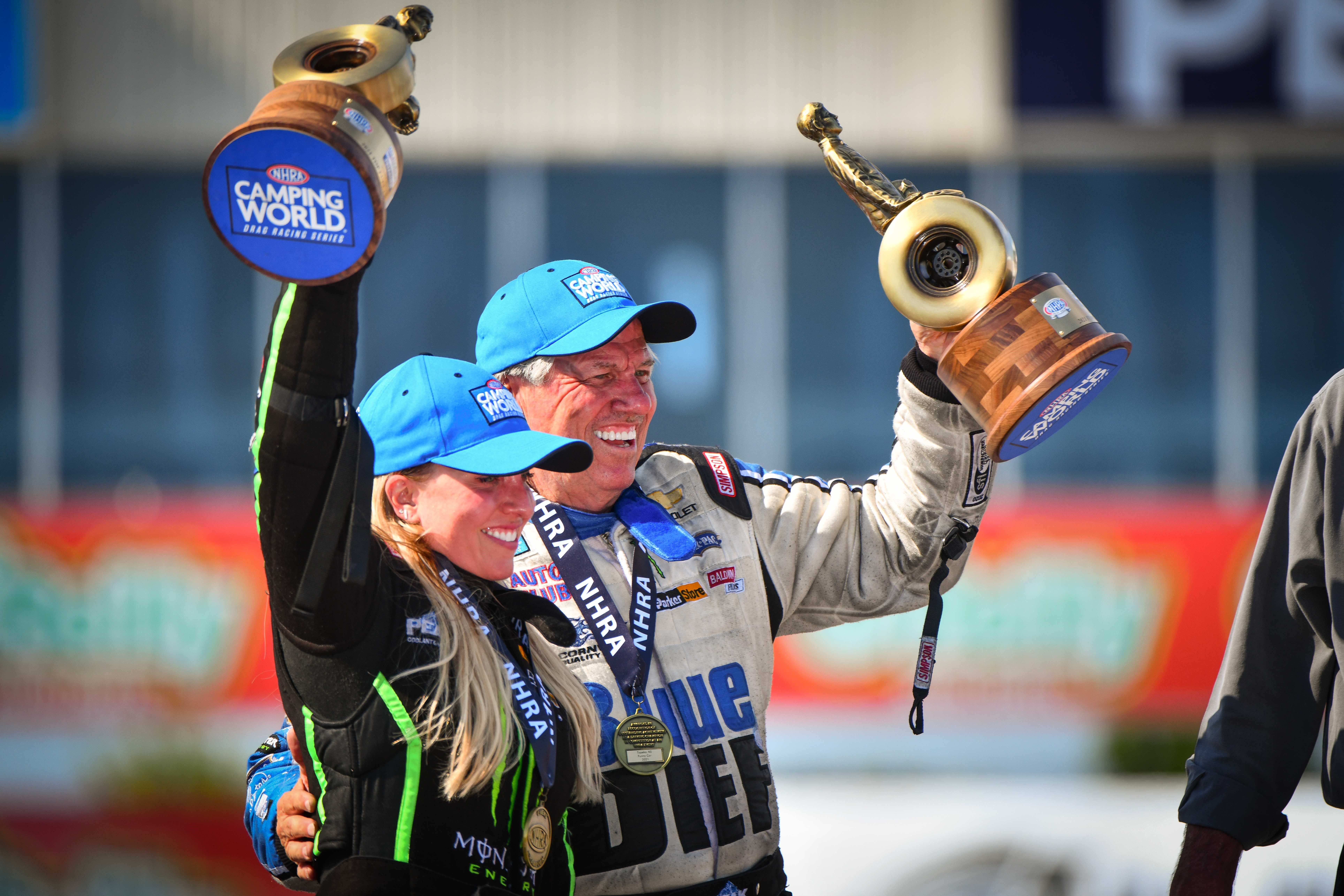 Brittany and John Force celebrate their wins in the 2021 Menards NHRA Nationals at Heartland Motorsports Park. [Photo by Rex Wolf/TSN]

10. John Force and Brittany Force added yet another chapter in JFR's storied history in Topeka in the 2021 Nationals, with the father and daughter sweeping the Funny Car and Top Fuel championships.

It was the first time in Camping World Drag Racing Series history that a father and child duo shared the winner's circle.

“This will be one I'll never forget.'' said Brittany Force after the race. "This has been on my bucket list for as long as I can remember. I remember there have been so many close calls where we thought, 'Hey, this could be our day that we're gonna double up.' To win a race is hard enough and then to do it with your teammates, it’s almost impossible. So it's like you almost put it on the backburner.

The win was John Force's 10th at HMP, a track record, while Brittany notched her first Topeka win.

13. Cruz Pedregon has posted four Funny Car victories in Topeka, the first time in 1992 when he virtually wrapped up the first of two championships in his rookie year in the class. 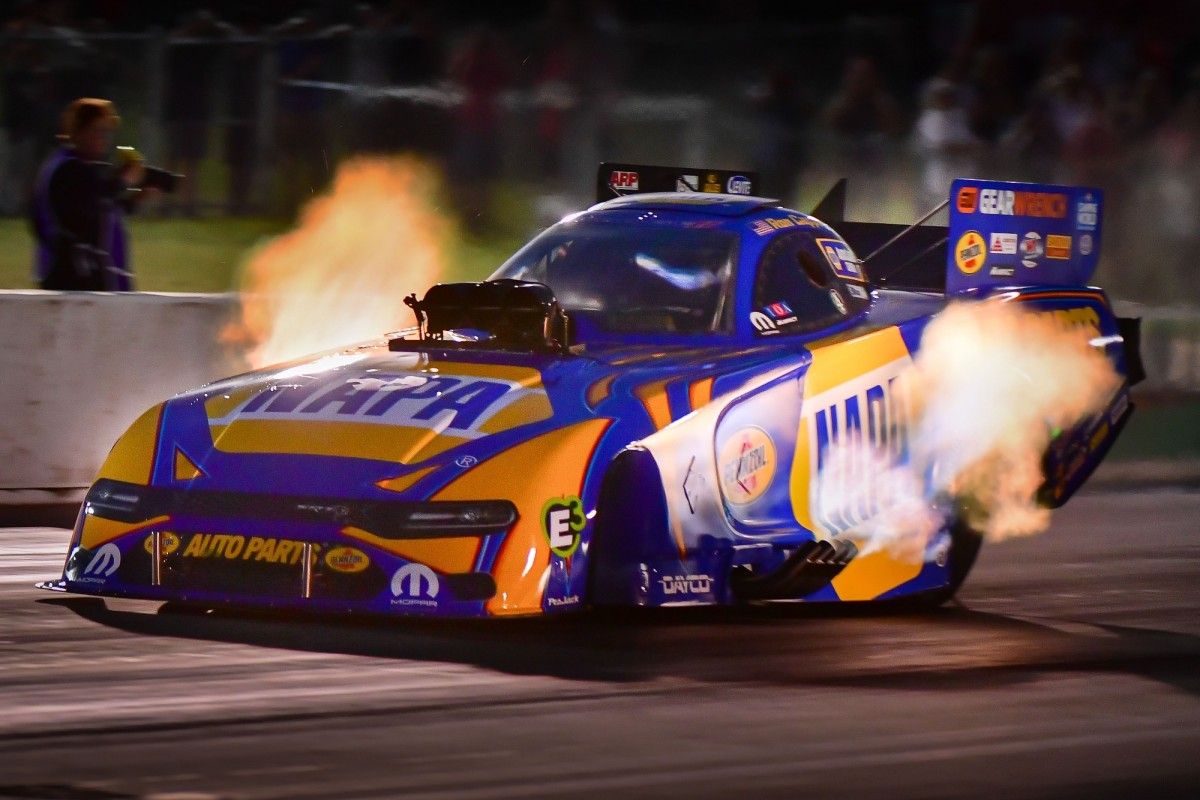 14. Ron Capps posted the first of his four Funny Car wins at HMP in 1998, posting his final-round win in the weather-plagued event in the middle of the night.

“The team really wanted to celebrate the win and it was so late no place was open,” Capps said. “We ended up going to the truck stop on Wanamaker (which is no longer there) to celebrate.”

15. The 1995 Western Auto Nationals was the first motor sports event in Kansas to be televised on network television (ABC).