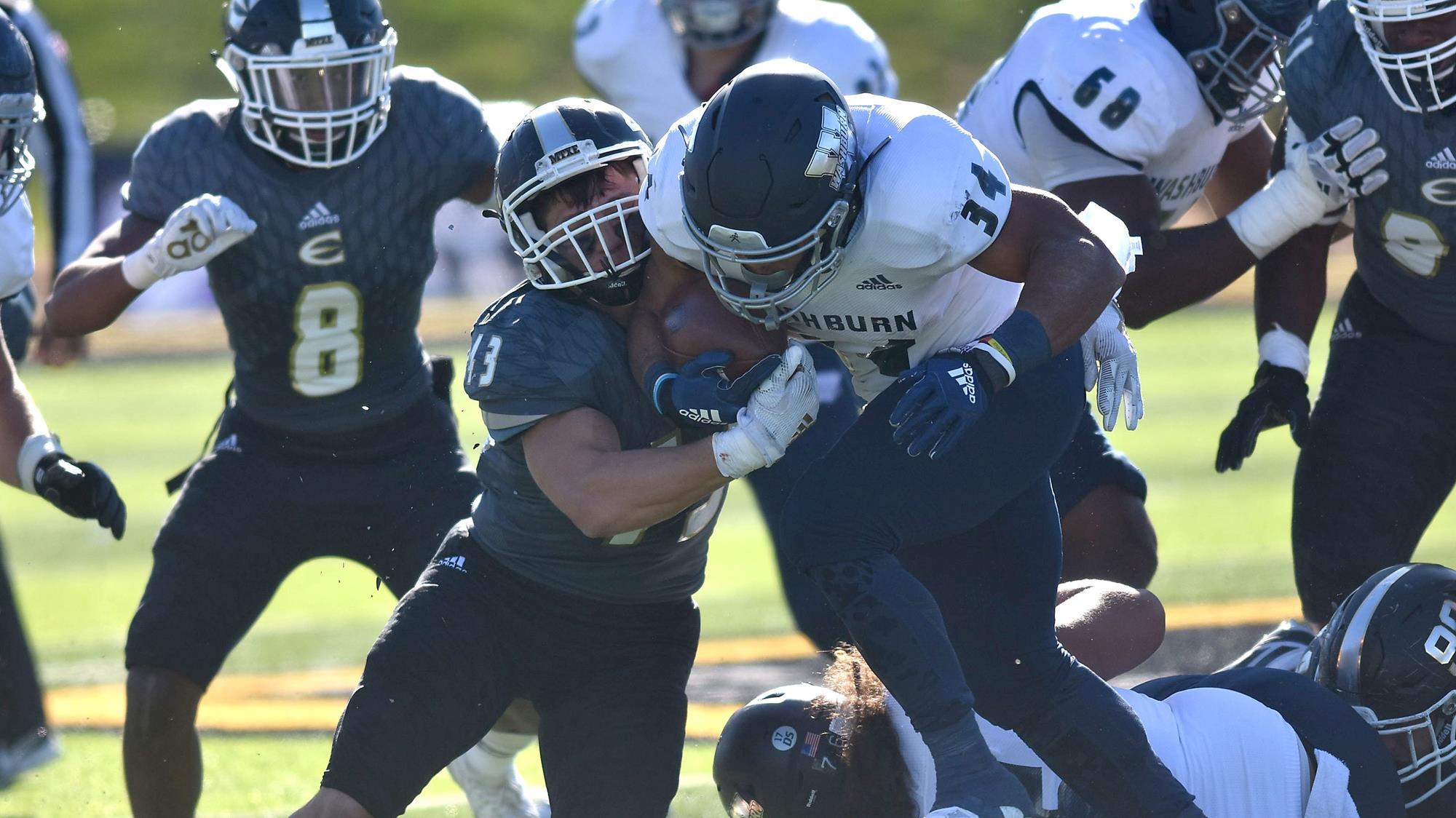 Former Rossville standout Dawson Hammes, making a tackle against Washburn, will return for his final season with Emporia State this fall, serving as a Hornet captain for the second straight season. [Emporia State Athletics]

But both Hammes and Emporia State head coach Garin Higgins agree that being a coach's son definitely helped get Dawson to where he is today.

"I've thought about (coaching), but I've seen the work my dad puts in and I know it's tough, so I think I may go down a different path,'' Hammes said during last week's MIAA Media Day. "But I respect the heck out of coaches and I'll definitely be around to make sure he's doing good and he's still loving what he does. I'm proud of him.''

Dawson Hammes helped Derick, who also played at Emporia State, win his first three state titles with the Bulldawgs and the 6-foot, 212-pounder has gone on to earn All-MIAA honorable mention the past two seasons, posting a team-high 97 total tackles last fall for the 6-6 Hornets.

Higgins said he has coached a lot of coach's sons in his long career and welcomes them into his program.

"I think the thing I think about a lot is how they were raised as a coach's son and the difficulty there is in being a coach's son. And if you happen to go through some tough losses, well, you're the coach's son and you may hear things that might upset you. So I think they've been tested a lot in a lot of different areas, not only on the field.''

Hammes is starting his second season as a Hornet team captain and said he embraces the role and trying to be a leader for the younger Hornets.

"I had to come a long way as a young player so anyone can do it, I know that for a fact, but I just want to lead by example, pick up those younger guys and make sure everyone's ready to go, hold everyone accountable and just make sure we're ready to fly around and have some fun,'' Hammes said.

"Dawson's one of those guys that there's never any doubt how hard he's going to work in anything you ask him to do,'' Higgins said. "In the weight room, on the field, he's going to win by how he works.''

Hammes can't wait to get the season started and thinks the Hornets could be poised for a big year.

"It's year six, so I can't be more happy to get another opportunity, more time with my guys,'' Hammes said. "I want to take full advantage, make sure we're ready to go and lead the best we can. I'm ready to get after it.

"Five of those six losses (last season) were by a combined 19 points, so we were right there. We've just got to figure out how to set a new standard and just finish those games. We know we're close so we know we've got to do but we've got to do to make sure we do the right things to finish those.''

Emporia State will open the 2022 season at home Sept. 1 against Northeastern State. 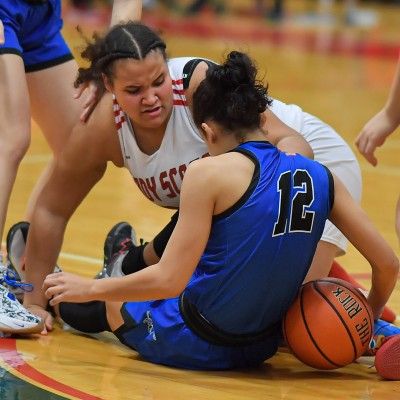