Garman earns No. 1 spot on TSN Best of the Best swimming list

Seaman's championship season capped an impressive three-year climb for Garman's Vikings, who finished eighth in 2016 and fifth in 2017 before winning the 2018 title by 150 points.

Garman continues to be heavily involved in the sport as an administrator for the Kansas State High School Activities Association.

Former Washburn Rural coach Elaine Pardee, who was the Junior Blues' first swimming coach, holds down the No. 2 spot on the Best of the Best list, followed by the late Chet Laney, a legendary coach at Topeka High.

Former Washburn Rural and Seaman coach Jeff Handley and former Hayden head coach and current assistant Laura Schmidt round out the top five on the Top 10.

Current Topeka High coach Kenneth Bennett was a decisive winner in the Reader's Choice poll, while Garman and Schmidt finished second and third in balloting by TSN readers.

Former Topeka High coach Gunner Kelly is No. 6 on the Best of the Best list, followed by Topeka West Hall of Famer Ed Poort, Seaman coach Bernie Tuck, Bennett and former Hayden coach Stephanie Stark to round out the Top 10..

2. Elaine Pardee -- Pardee started the Washburn Rural boys and girls swimming program and was the Junior Blues' longtime coach, leading Rural's girls to a second-place state team finish in 2010. Pardee is a member of the Washburn Rural Hall of Fame.

3. Chet Laney -- Laney, who passed away in 2017 at the age of 93, was a legendary coach at Topeka High in a career with the Trojans that spanned two decades. In 2005 Topeka High's swimming pool was closed and converted into the Laney Gym.

4. Jeff Handley -- Washburn Rural was a consistent challenger at the city, Centennial League and state level under Handley, who took over from Pardee. After retiring from Washburn Rural, Handley had a short coaching stint at Seaman, leading the Vikings to a second-place team finish in 2019.

5. Laura Schmidt -- Schmidt turned in an extended run of success at Hayden, including a second-place team finish in the Class 5A-1A boys state championships in 2013. Schmidt is currently serving as a Wildcat assistant under her son, John-Martin Schmidt, who was a multi-time state champion.

7. Ed Poort -- Poort was the highly-respected longtime swimming and diving coach at Topeka West and was honored with induction into the Topeka West Athletic Hall of Fame in 2005.

10. Stephanie Stark -- Stark is a former coach at Hayden, where she coached multi-time Wildcat state champion Shannon Suddarth, who went on to earn multiple All-America honors at Notre Dame.

6. John-Martin Schmidt -- Schmidt was a multi-time state champion for Hayden before swimming collegiately and going into coaching as the Wildcats' boys and girls coach.

Next up: Tennis Best of the Best Top 10 and Reader's Choice awards. 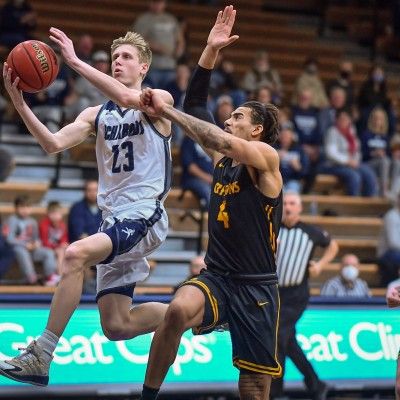