Holaday tapped for No. 1 spot on TSN Best of the Best softball list 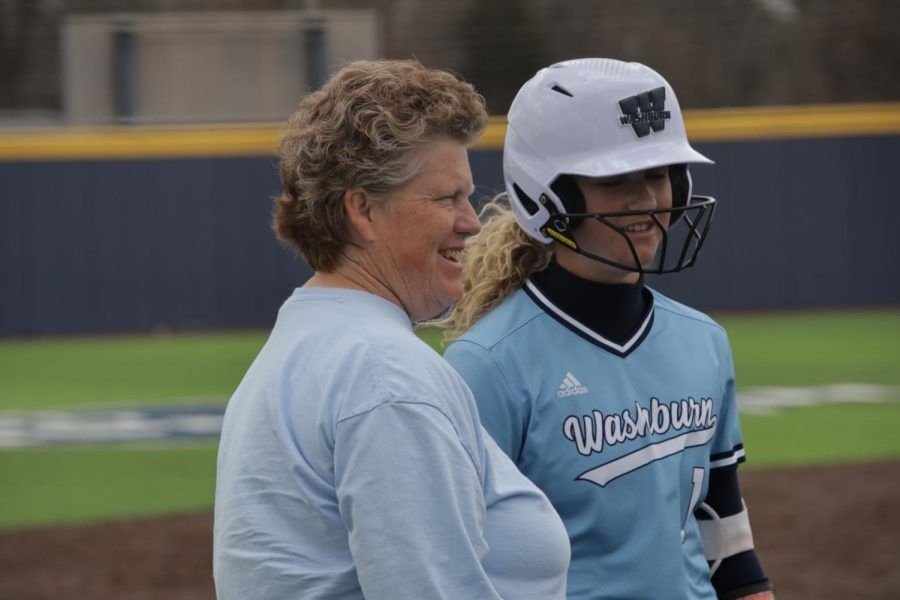 Holaday went over the 500-win mark for career victories in the 2022 season, leading the Ichabods to the MIAA regular-season title and a berth in the NCAA Tournament.

Holaday served as an assistant on Rural's state championship team in 1995 and led the Junior Blues to titles in 2008 and 2014 as well as five second and three third-place state finishes.

All 10 coaches in the TSN Best of the Best Top 10 led teams to state championships, including eight who won multiple state titles.

Lee Schmidt, who led Hayden to three Class 4A state championships, holds down the No. 2 spot on the Best of the Best list, followed by former Silver Lake coaches Bob Craig and Mark Workman, who led the Eagles to four state titles apiece, and former Shawnee Heights coach Steve Giddens.

Silver Lake, one of the state's most dominant softball programs, put a total of four coaches in the Top 10, with No. 8 Brad Womack winning three championships and No. 9 Dave Boxberger two.

Holaday and Topeka High coach Shane Miles earned the No. 1 and No. 2 spots in the Reader's Choice poll, while Seaman state championship coach Jay Monhollon ranked third in balloting by TSN readers.

Two-time Shawnee Heights state champ Tara Griffith is No. 6 on the Best of the Best list, followed by Miles, Womack, Boxberger and Monhollon to round out the Top 10..

1. Brenda Holaday -- Holaday led Washburn Rural to a 351-93 record, 16 Class 6A state tournament berths and seven state championship games as the Junior Blues' head coach. Holaday served as an assistant on Rural's state championship team in 1995 and led the Junior Blues to titles in 2008 and 2014 as well as five second and three third-place state finishes. A member of the Washburn Rural Hall of Fame, Holaday took over the Washburn University program in 2016 and is coming off an outstanding 2022 campaign, leading the Ichabods to a 45-15 overall record, the MIAA regular-season championship (24-2), and a berth in the NCAA Tournament.

2. Lee Schmidt -- Schmidt coached Hayden to three Class 4A state championships, with the Wildcats taking state in 1999, 2001 and 2002. Schmidt was also a member of Hayden's football staff in 1998 when the Wildcats posted a 14-0 record and won the 4A state title.

5. Steve Giddens -- Giddens turned in a long stint as Shawnee Heights' coach, taking three T-Bird teams to the Class 5A state championship game. After runner-up finishes in 2005 and 2016, Giddens led the T-Birds to the undefeated (25-0) state title in his final season as Heights' coach in 2017.

6. Tara Griffith -- Griffith took over as Shawnee Heights' head coach in 2018 and led the T-Birds to back-to-back Class 5A titles in '18 and '19, including a perfect 25-0 season in '18. Griffith also served as an assistant under Holaday at Washburn Rural, including a pair of state championships.

10. Jay Monhollon -- Monhollon has coached Seaman to multiple Class 5A state tournament berths, winning the state championship in 2016. Monhollon also led the Vikings to the state tourney this past season.

5. Emily Caryl -- Caryl has served as an assistant coach under Miles on both of Topeka High's Class 6A state championship teams in 2021 and 2022.

7. John Nitsch -- Nitsch led Rossville to a 21-5 record this past season, with the Bulldawgs finishing fourth in the Class 3A state tournament.

9. Kevin Hoffmans -- Hoffmans built Seaman into a consistent Class 5A contender before retiring as the Vikings' softball coach. Seaman's softball field is named in his honor.

Next up: Swimming Best of the Best Top 10 and Reader's Choice awards. 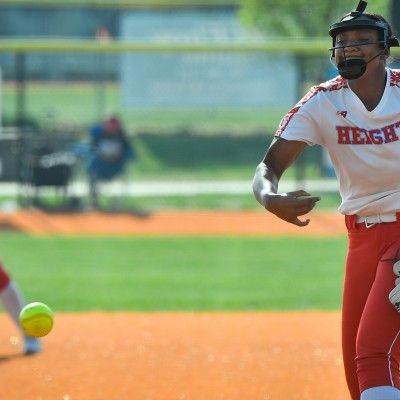