Veteran Washburn Rural soccer coach Brian Hensyel, who has not lost to a boys or girls city opponent in more than a decade earned the No. 1 position on TopSports.news' Top 10 Best of the Best Shawnee County Coaches soccer list, edging Hayden legend Klaus Kreutzer who earned the No. 2 spot. 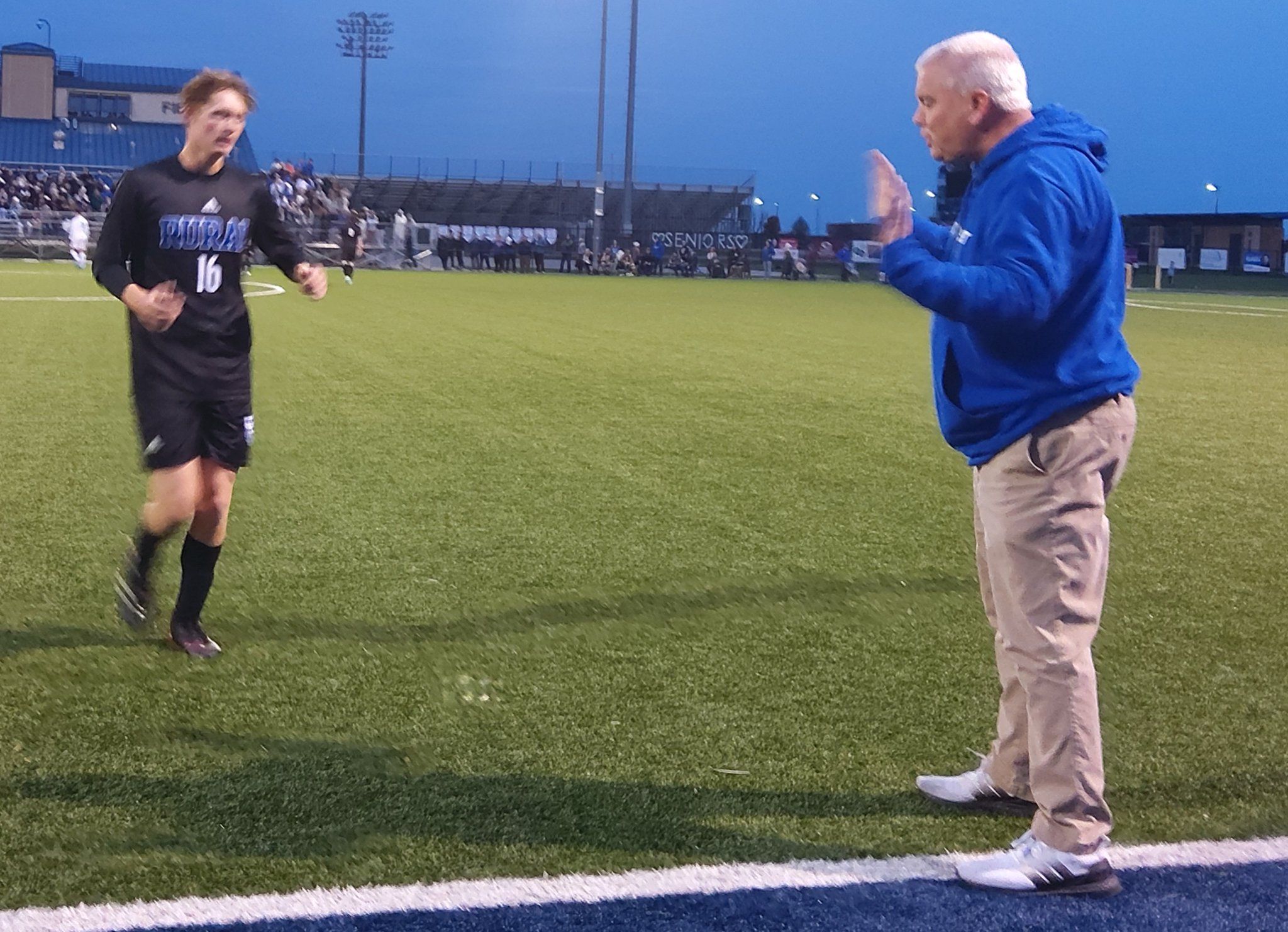 Washburn Rural coach Brian Hensyel, No. 1 on TSN's Best of the Best soccer list, has not lost to a city opponent in more than a decade while reaching the state championship game nine times. [File photo/TSN] 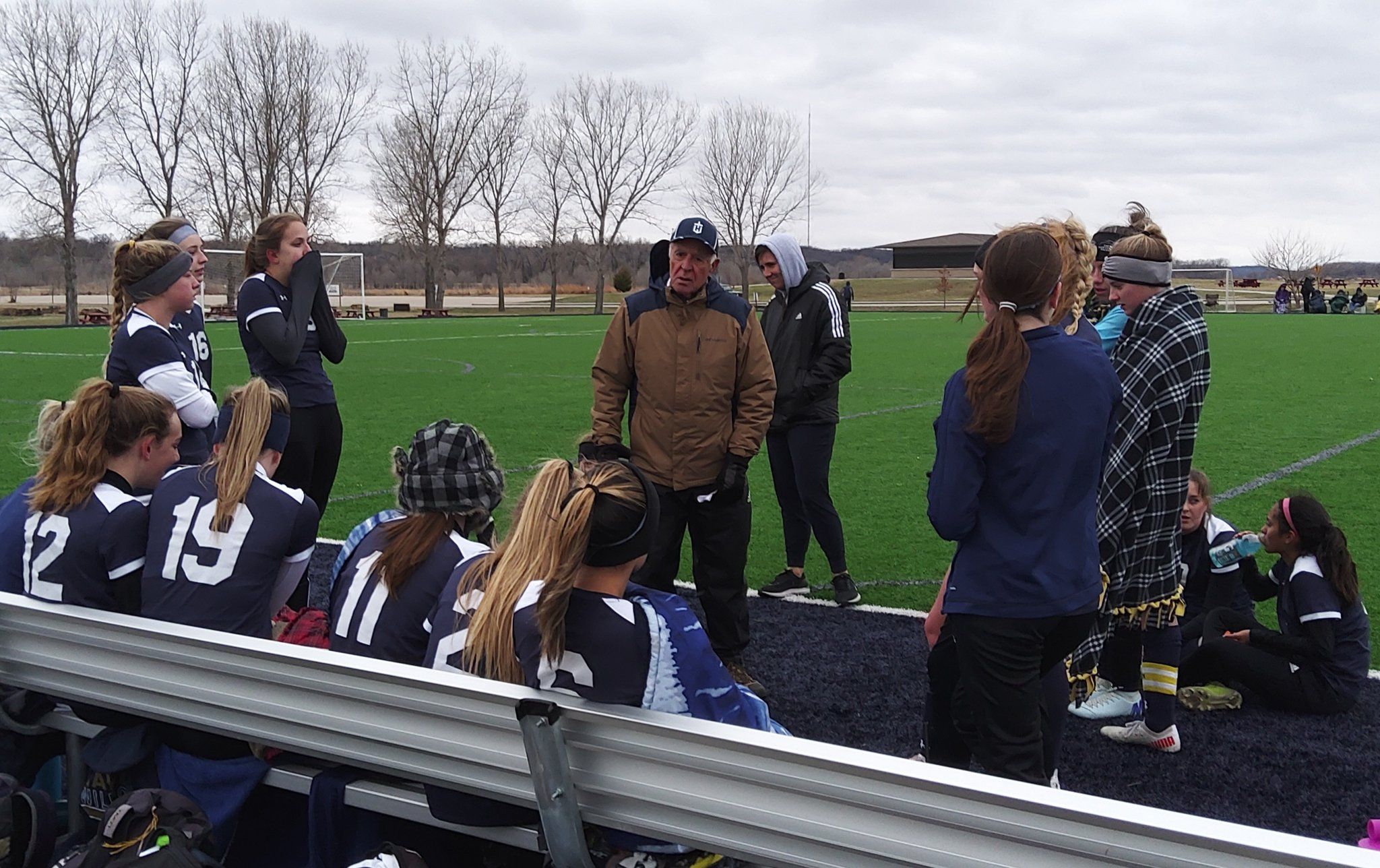 Hensyel, who has been Washburn Rural's boys coach for 17 seasons and the girls coach for 16 seasons (2020 season was canceled due to COVID), has not dropped a city boys game since his first season in 2005 and he has not lost to a city girls foe since 2011 while winning two state championships and posting seven second-place finishes in Kansas' largest class.

Kreutzer is the all-time city leader with five state team championships, leading the Wildcat girls to state titles in 2012, 2013 and 2015 and the Hayden boys to championships in 2000 and 2012.

Joe Waldron, who led Topeka High to the city's first state soccer championship in 1997, holds down the No. 3 spot on the Best of the Best list while Shawnee Heights state champ Marc Serrano and Topeka West state champ Tim Collins round out the top five.

Kreutzer and former Seaman coach Louis De Leonardo earned the No. 1 and No. 2 spots in the Reader's Choice poll, garnering more than 4,200 votes apiece, while Hensyel ranked third in balloting by TSN readers.

1. Brian Hensyel -- Hensyel has compiled a 536-97-25 record as Washburn Rural's boys and girls coach, recording a 100-1-2 record against city boys teams and an 87-6-3 mark against city girls opponents. Hensyel has not lost to a city boys team since his first season in 2005 and to a city girls opponent since 2011. Hensyel's teams have won two state championships and posted seven runner-up finishes in the state's largest class, including a second-place boys and girls sweep this past season.

2. Klaus Kreutzer -- Kreutzer has coached Hayden's girls to Class 5A-1A state championships in 2012, 2013 and 2015 and the Wildcat boys to 4A titles in 2000 and 2012. Kreutzer's girls teams have also finished second three times. Kreutzer is the dean of city coaches in terms of service, all at Hayden.

3. Joe Waldron -- Waldron guided the city's first powerhouse boys soccer program, leading Topeka High to the Class 6A state championship in 1997 and second-place finishes in 1998 and 1999.

5. Tim Collins -- Collins led Topeka West to the 5A-1A girls state championship in 2001 and also had coaching stints at Seaman and Washburn University.

6. Mike Balint -- Shawnee Heights was a consistent state contender under Balint, including a state runner-up finish in Class 5A-1A in 1999 and second-place finishes in 5A in 2004 and 2008.

9. Louis Di Leonardo -- Di Leonardo guided Seaman to a string of solid seasons, including a fourth-place Class 5A state finish in 2010 before turning over the reins to Craig Rocastle after the 2014 season. Di Leonardo also served as an assistant on Washburn Rural's Class 6A state title team in 2002.

10. Doug Woolery -- Woolery led Cair Paravel Latin's girls to a regional title in the Lions' first season as a full KSHSAA member and Cair Paravel finished fourth in Class 4A-1A this past season, dropping a pair of tough one-goal decisions in the semifinals and finals..

8. Chris McGinnis -- A longtime Topeka West boys and girls coach, McGinnis led the Charger girls to a second-place finish in Class 5A-1A  in 2004.

Next up: Softball Best of the Best Top 10 and Reader's Choice awards. 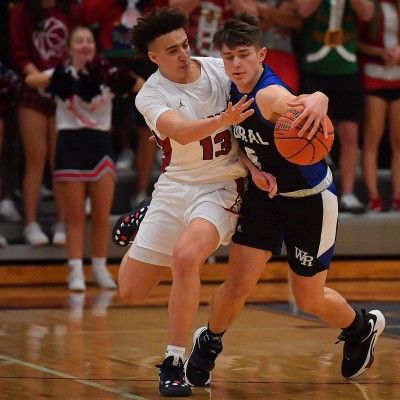