OTTAWA -- Torrey Horak loved playing quarterback for Rossville, but the two-time Class 2A state champ knew there would probably come a day when he would have to change primary positions.

That day will come next month when the 5-foot-11, 170-pounder reports to Central Missouri, where he will play safety.

"A couple of schools looked at me for safety, one as a receiver and one as a running back, so I had a couple of different options but I really fell in love with Central Missouri and I feel like that's home to me now,'' Horak said.

But before he switches to the defensive side of the football, Horak, who played both ways for Rossville, will get one last chance to play quarterback for the East in Saturday night's 7 p.m. Kansas Shrine Bowl at Pittsburg.

"Offense is definitely something that I love, but I'm getting an opportunity to play at a high level with some really high-class athletes that not everybody gets that opportunity, so I'm going to take it and I'm going to run with it and we'll see where it goes,'' Horak said. "I'm really excited to get down there.''

Horak said he knew Central Missouri was the right place for him after visiting the Warrensburg campus.

"My mom (Wendi) was down on my official visit with me and she really enjoyed it and we both just kind of felt like it fit my personality really well,'' Horak said. "So far I've been there all summer and I feel like that still holds up.''

Horak also reached out to older brothers Tucker, a former running back at Pittsburg State, and Thatcher, who played baseball at Washburn, for their input.

"I talked to Thatcher and Tucker because both of them had had some experience in the recruiting process and really both of them just said to just enjoy it,'' Torrey Horak sai. "They said, 'Don't stress over it. The right school will come to you and when your decision's made you'll enjoy it.' And to this point I definitely have.''

Horak thinks this week's training camp at Ottawa University will help him get ready to begin his college career.

"Our fall camp, I've seen some leaks of the schedule and it's going to be intense, but this week with having two and three practices a day I feel like it will kind of build up my stamina a little bit and kind of give me an idea of what's coming when fall camp rolls around,'' he said.

Saturday night's game will also give Horak one last chance to play with former Rossville teammate and close friend Corey Catron, who will play slotback for the East, while Bulldawg coach Derick Hammes is an East assistant. Horak and Catron were named the Shawnee County co-offensive players of the year after leading the Bulldawgs to a second straight 13-0 season last fall.

"I think this is going to be an incredible week and I'm just blessed to be here, really,'' Horak said during an East practice session. "I'm excited for this.'' 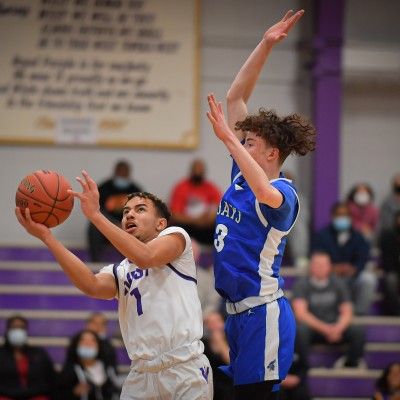