Two of the most recognizable names in Kansas high school sports ended up No. 1 and No. 2 on the TopSports.news Best of the Best Coaches list for men's basketball. 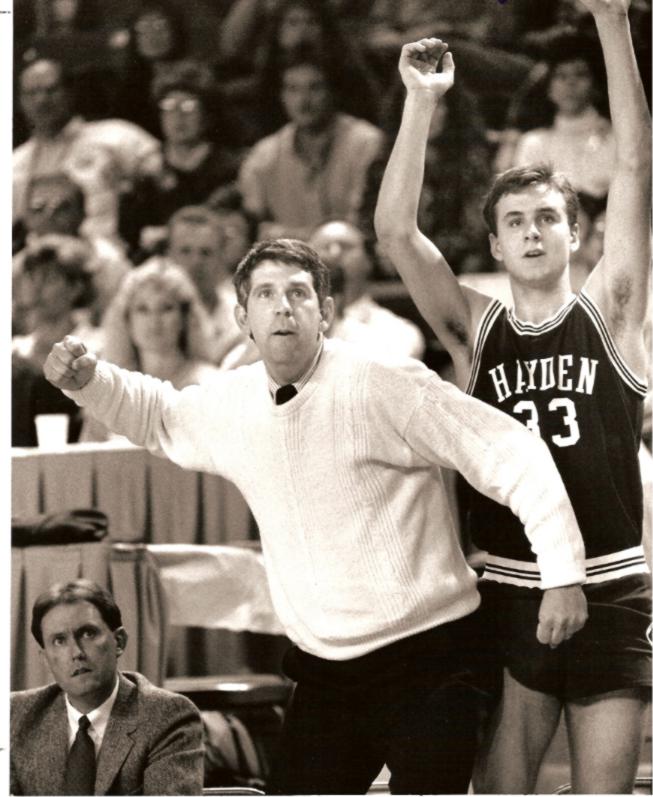 Current Seaman basketball coach Craig Cox has led five teams to state championships in basketball and baseball, including the Class 5A basketball title this past season. [File photo/TSN]

Former Hayden coach Ben Meseke, who led the Wildcats to six state basketball championships and a Shawnee County-high 12 state titles overall, earned the No. 1 spot by the narrowest of margins over former Silver Lake and Highland Park state championship coach Ken Darting, who coached the Eagles and Scots to five state basketball titles and six championships overall, and is still adding to his coaching legacy as the current Shawnee Heights coach.

Both Meseke and Darting are members of multiple halls of fame, including the Topeka Shawnee County Hall of Fame, as is the late Willie Nicklin, a Topeka High coaching legend who earned the No. 3 position on the Best of the Best list.

Current Seaman coach Craig Cox, who coached two state championship basketball and baseball teams at Shawnee Heights and added a third state basketball title at Seaman this past season, holds down the No. 4 spot while former Highland Park coach Randy Springs, who won a pair of state titles and a Grand State championship with the Scots, rounds out the top five.

Cox also earned the No. 1 spot in the Reader's Choice poll, edging out Darting and Nicklin in balloting by TSN readers.

Eight members of the Best of the Best Top 10 earned at least one state championship, with six winning multiple titles.

The late Bob Bodenheimer, who led Shawnee Heights to back-to-back Class 5A state championships in the 1980s, ended up No. 6 on the Best of the Best Coaches list, followed by former Hayden coaches Ted Schuler and Ken Bueltel, former Washburn Rural coach Larry Longhofer and current Topeka West coach Rick Bloomquist to round out the Top 10.

3. Willie Nicklin -- An unquestioned legend in Topeka basketball, the late Nicklin, who passed away in Dec. of 2020 at the age of 92, coached the Trojans to state championships in 1973 and 1986 as well as three state runner-up finishes. Nicklin notched more than 500 coaching victories in his career and is a member of multiple halls of fame. Nicklin led High to 11 state appearances.

4. Craig Cox -- Cox, now the head coach at Seaman, led the Vikings to the first boys state championship in school history this past season, with Seaman dominating the 2022 Class 5A state tournament. Cox has led Shawnee Heights, Washburn Rural and Seaman to state tournament berths, with the T-Birds winning 5A titles in 2000 and 2002. Cox also coached Heights to two state baseball titles.

5. Randy Springs -- Springs led Highland Park to Class 4A state championships in 1976 and 1977 and the Scots also captured the Grand State title in 1976, the only year that tournament was held. Springs went on to win state championships at Wyandotte and Sumner Academy.

6. Bob Bodenheimer -- The late Bodenheimer, who passed away in May of this year at the age of 86, coached Shawnee Heights to back to back Class 5A state championships in 1988 and 1989. Boeneheimer also served as an assistant under Springs on Highland Park's 1976 and 1977 state championship teams as well as the Grand State champion.

7. Ted Schuler -- Schuler led Hayden to the Class 4A state championship in 2008, with the Wildcats posting a 25-1 record on the season. Schuler posted a 170-68 record in 10 seasons as Hayden's head coach, with six state tournament berths. In addition to the '08 title, Schuler led the Wildcats to one second-place and two third-place state finishes.

8. Ken Bueltel -- Like Nicklin, the late Bueltel was a legend in Topeka basketball, establishing Hayden as a consistent state contender during his long tenure with the Wildcats. Hayden's gymnasium is named in honor of Bueltel, who posted a 309-152 career record with the Wildcats and is a member of multiple halls of fame.

9. Larry Longhofer -- Longhofer had two stints as Washburn Rural's boys basketball coach and led the Junior Blues to the Class 5A state championship in 1982, with Rural posting a 23-1 record. Longhofer is a member of the Kansas Basketball Coaches Association Hall of Fame.

10. Rick Bloomquist -- Bloomquist may be best known for his long tenure at Emporia, but the veteran coach has also turned around the Topeka West program, including back-to-back Class 5A state tournament appearances and a runner-up state finish in 2021.

5. Mike Williams -- A former Topeka West standout, Williams has led Highland Park to two Class 5A state tournament berths over the past three seasons, including 2021-2022.

6. Darin Putthoff -- After three seasons as an assistant coach at Shawnee Heights, Putthoff, a local minister, served as the T-Birds' head coach in 2012-2013.

Next up: Bowling Best of the Best Top 10 and Reader's Choice awards. 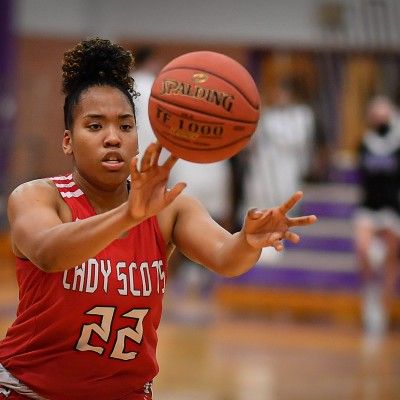