One year at Highland Park made Topeka home for Michael Wilhoite

Former NFL linebacker and current Los Angeles Chargers assistant coach Michael Wilhoite didn't move to Topeka until his senior year at Highland Park, but by the end of that one year, it was home. 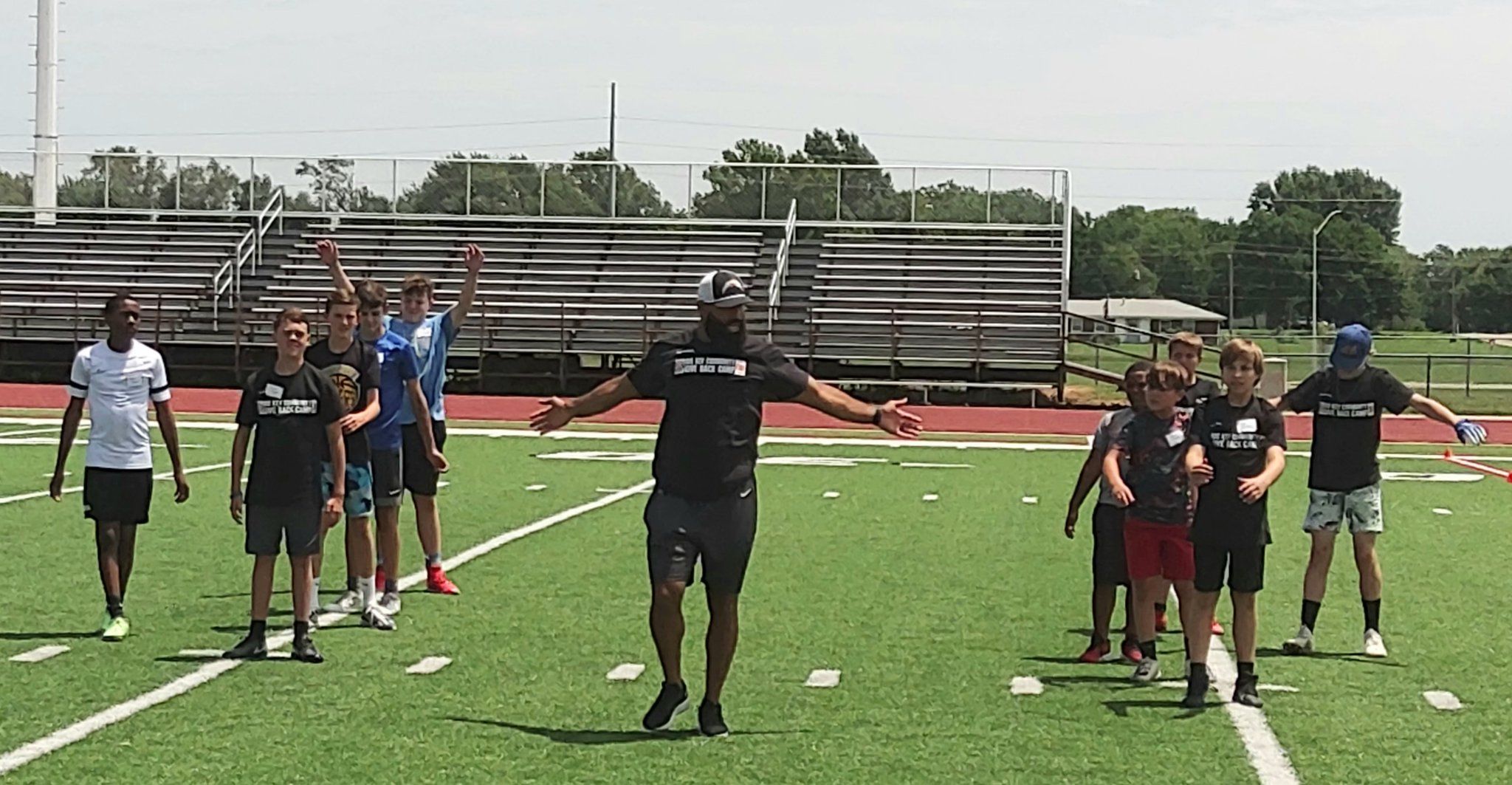 Kyle Weems helps a young camper lace up his sneakers during Thursday's DBA Big Kev's Community Give Back Camp at Shawnee Heights. [Photo by Rick Peterson/TSN]

"The people, the community, I was accepted by everybody,'' said Wilhoite, who was back in Topeka Thursday to co-host the Darting Basketball Academy Youth Foundation Big Kev's Community Give Back Dual Basketball/Football Camp at Shawnee Heights wirh former Scot teammate and fellow Topeka Shawnee County Hall of Famer Kyle Weems  "Coach D (Ken Darting), Karen (Darting), Kyle and the Weems family, Miss (Monica) Augusto and everybody in the school of Highland Park, everybody in the community, it was like open arms, 'Come on in, dive into our culture and we're going to love you.'

"I instantly dove into the culture, saw the way people were moving, talking, dressing and stayed myself but then added a little bit of that flavor to myself as well and it was just beautiful, man. Everybody accepted me.''

Wilhoite stayed in Topeka for his college football career at Washburn University and went on to enjoy a seven-year NFL career with the 49ers and Seahawks before launching his pro coaching career.

But no matter where his career takes him, Topeka is never far from his thoughts.

"I told the kids today, 'I was born and raised in Manhattan, I grew up in Topeka,' '' Wilhoite said. "When I came to Topeka, that's when I grew up. That's when I had to learn about life and I saw different things that I hadn't seen before. You see so much more diversity and you talk to so many types of people and you have to learn to be able to relate to different types of people and have conversations. That's when I became a young man and started growing.

"Then I got to college at Washburn and started growing more and had to grow through that college experience. I grew up right here in Topeka, Kansas.''

Weems, who was a basketball star at Highland Park and Missouri State before embarking on a long and continuing pro career overseas, had never met Wilhoite until he showed up at Highland Park, but the two athletes quickly formed a longstanding friendship.

"I didn't know Mike at all, but whatever it was we had a good connection right at the first and it's grown since then and it's been a blessing,'' Weems said.

Weems, who recently finished his 2021-2022 pro season in Bologna, Italy, isn't surprised that Wilhoite fell in love with Topeka.

"I think the love and the warm welcome that he got was something that he was not really expecting that because until you're immersed into this community of Highland Park you don't really understand it,'' Weems said. "You hear all the extracurricular stuff that goes on, but you don't understand the love that community, that that school has. From top to bottom you are loved no matter if you're an athlete or not.

"He's claimed (Topeka) since he's been here and I know we claim him, too.''

Thursday's inaugural DBA Big Kev's Give Back Camp, named in honor of Kyle's late father, Kevin, drew more than 120 campers and Weems said he and Wilhoite would like to make the camp an annual event.

"It's well above and beyond what I expected,'' Weems said. "And it will only get better in years to come.''

Even though he's now based some 1,500 miles from Topeka, Wilhoite is in.

"Every summer there's a window where I know I can back, and I'm here, every year. I've got to be.'' 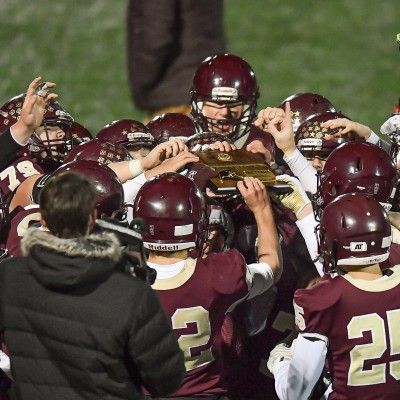