Editor's note: Over the next eight days, TopSports.news will take a look at all of the nominees for the 2022 Topeka Shawnee County High School Sports Awards. All nominees will be recognized at the June 22 awards banquet, which will be held in conjunction with the Topeka Shawnee County Sports Hall of Fame induction at Washburn University's Memorial Union.

Bird transferred to Washburn Rural as a sophomore and has been a three-time All-City/All-Shawnee County selection in cross country while helping the Junior Blues win three straight city team titles, a Centennial Leaue championship and a Class 6A regional team title. Bird posted a 14th-place individual finish in the 6A state meet last fall. In track Bird was a state qualifier as a junior and senior, earning a state medal in the 4 x 800 relay as a junior. "Khloi has been an important part of our cross country and track programs the past three years,'' Rural cross country coach Matt Swedlund said. "Her consistent high-level performances were key contributions to our team's success.'' Bird plans to run cross country and track at Butler Community College. 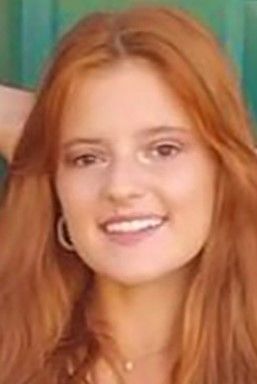 Newcome qualified for the Class 5A state tournament as a senior, posting a third-place finish in 5A regional singles competition. "Anna has an excellent work ethic,'' Topeka West coach Kurt Davids said. "She shows up to her commitments on time, every time with a positive attitude and an open mind. Anna was an accomplished leader as well, setting an impeccable example in the classroom as well as on the court. Anna's junior season was cut short by COVID restrictions. Beyond the initial disappointment, Anna became even more focused and determined to not be denied a trip to the state tournament.'' Newcome plans to attend the University of Nebraska. 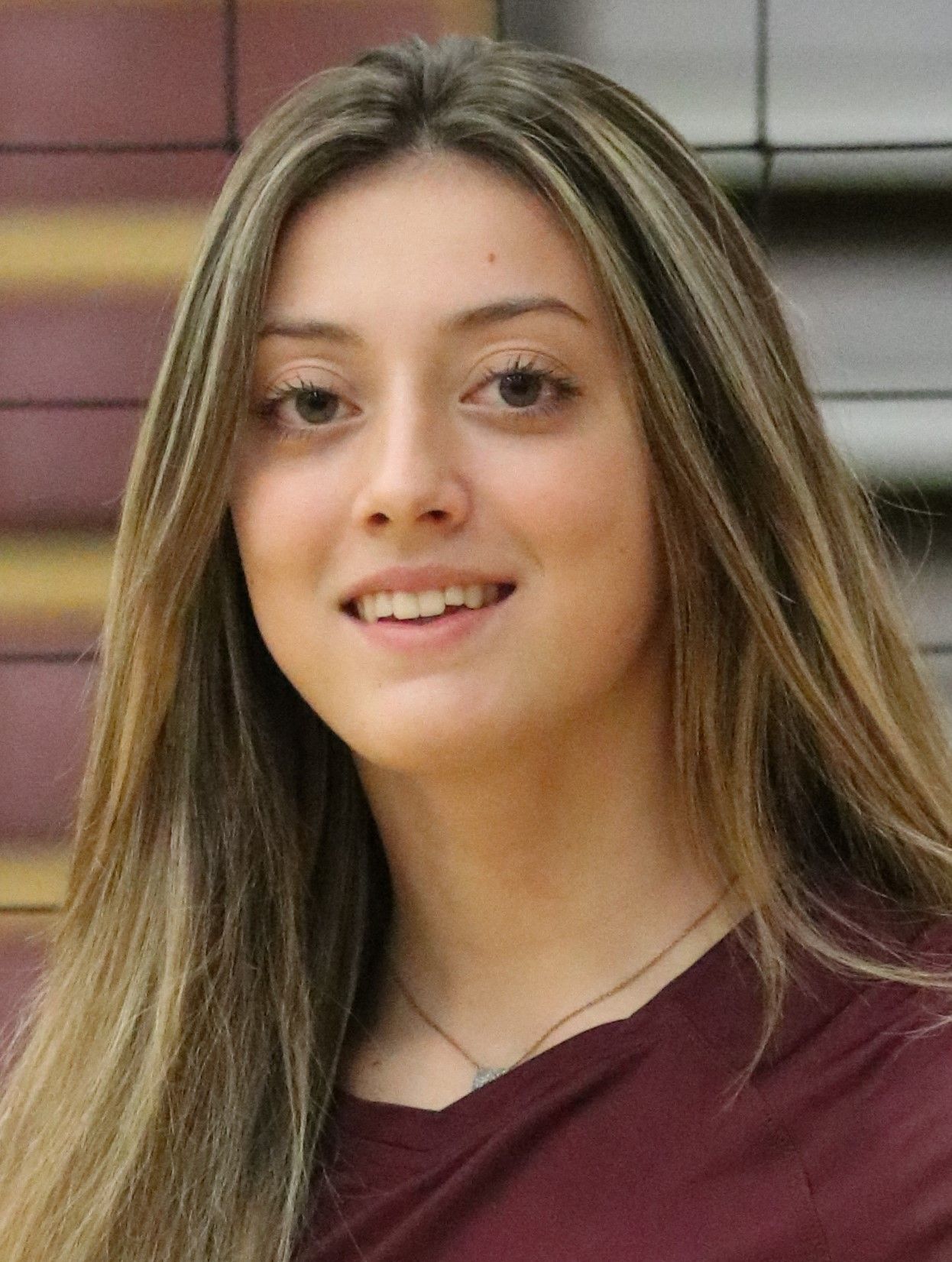 Ossola came to Silver Lake as a foreign exchange student from Italy and made an immediate impact for the Eagles' volleyball team. Ossola led Silver Lake in kills, hitting percentage and blocks. "She did an excellent job connecting with the setters and her teammates despite the language and cultural barrier,'' Silver Lake coach Sarah Johnson said. "Camilla loves the game of volleyball and competing at a high level.'' Ossola received All-Mid-East League and TopSports.news All-Shawnee County first-team honors and was named Silver Lake's most valuable player by her teammates. Ossola, who compiled 223 kills, will play collegiately at Johnson County Community College. 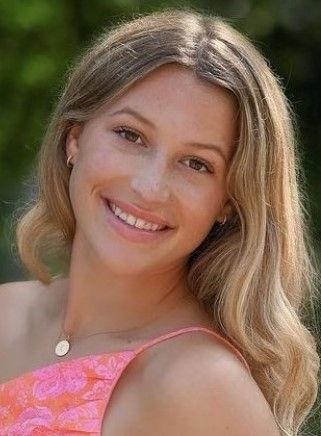 Roeder was an All-Shawnee County first-team selection after posting a second-place individual finish in the Class 4A state tournament last fall. Roeder, also a soccer standout for the Wildcats, was Hayden's No. 1 golfer all season, earning medals in four events. "Kate played on a team in which she was the only senior on varsity,'' Hayden coach Carvel Reynoldson said. "The girls looked up to her to be the leader and she accepted the challenge and built relationships with the girls that they will never forget. She kept getting better and better which culminated in a second-place finish at the 4A state tournament.'' 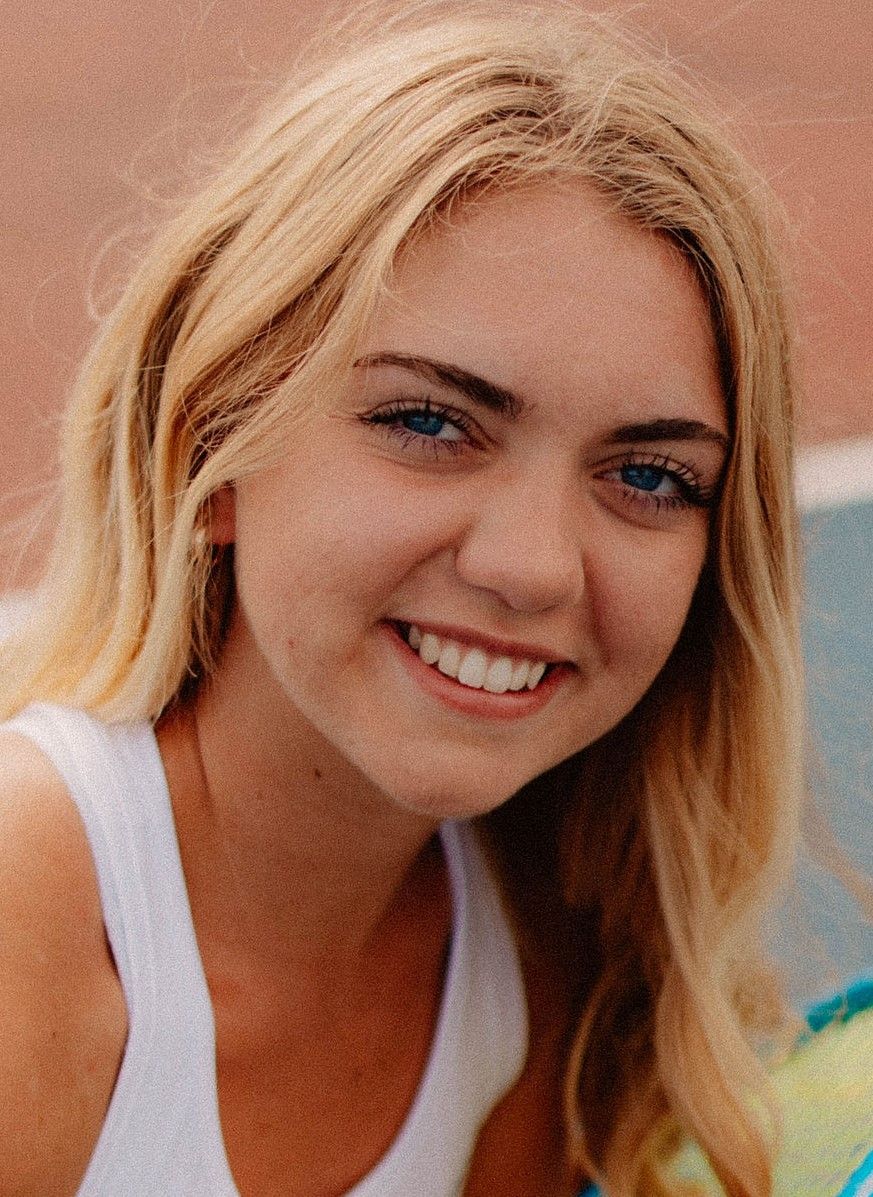 Unruh is the Seaman record-holder for the most varsity tennis wins. Unruh teamed with Lauren Sweeney to win the Class 5A state doubles championship as a senior, with the Viking duo posting a perfect 36-0 record. Unruh placed fourth in 5A state doubles as a junior. "It was an honor to coach Grace,'' Seaman coach Jamie Robinson said. "She works hard at improving all facets of her tennis game and physical training by researching and tweaking new techniques. Grace told me she wants to have a strong tennis legacy behind at Seaman High School. Grace will accomplish that mission.'' Unruh, who also swam at Seaman, will play tennis at Fort Hays State. 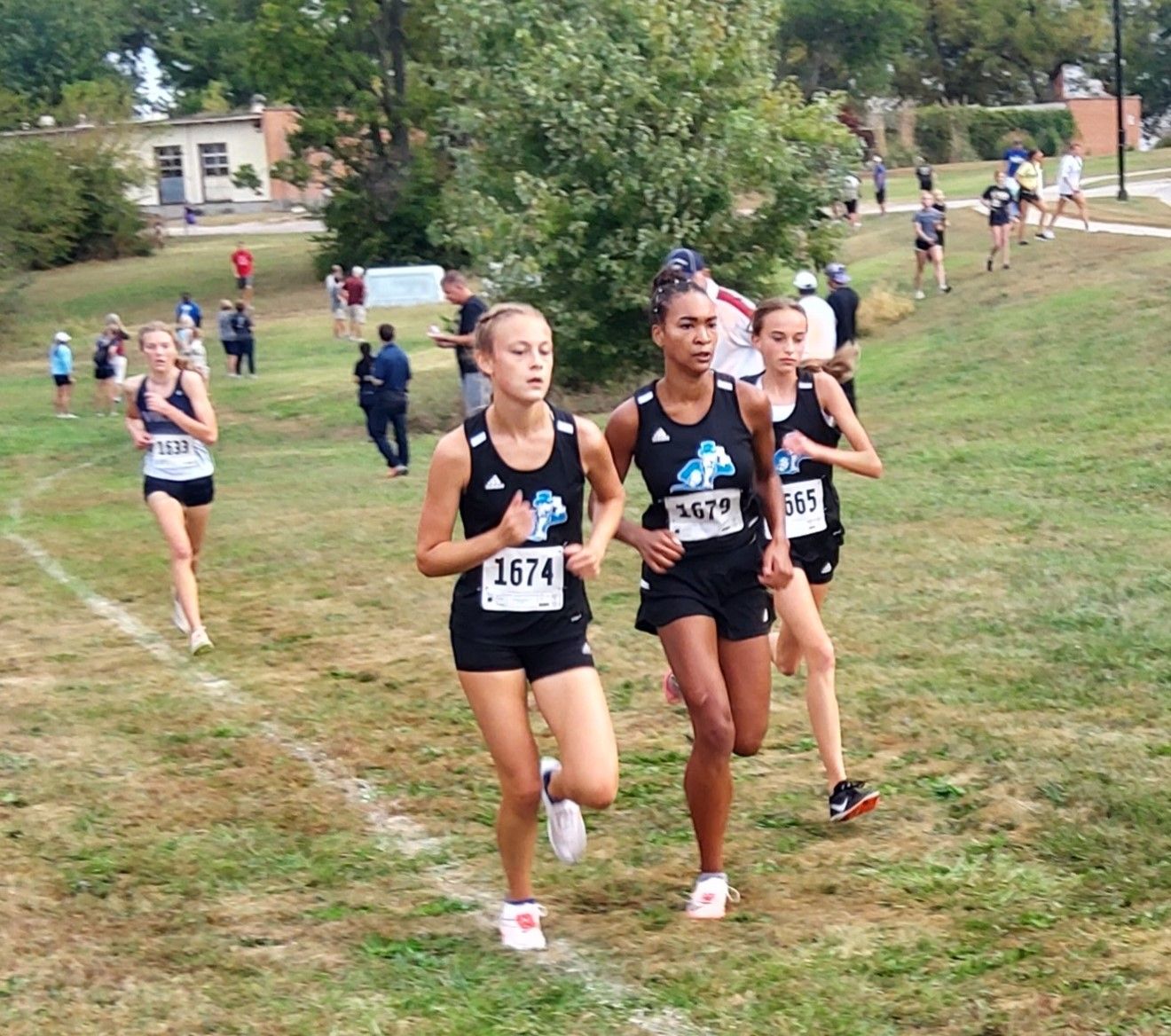 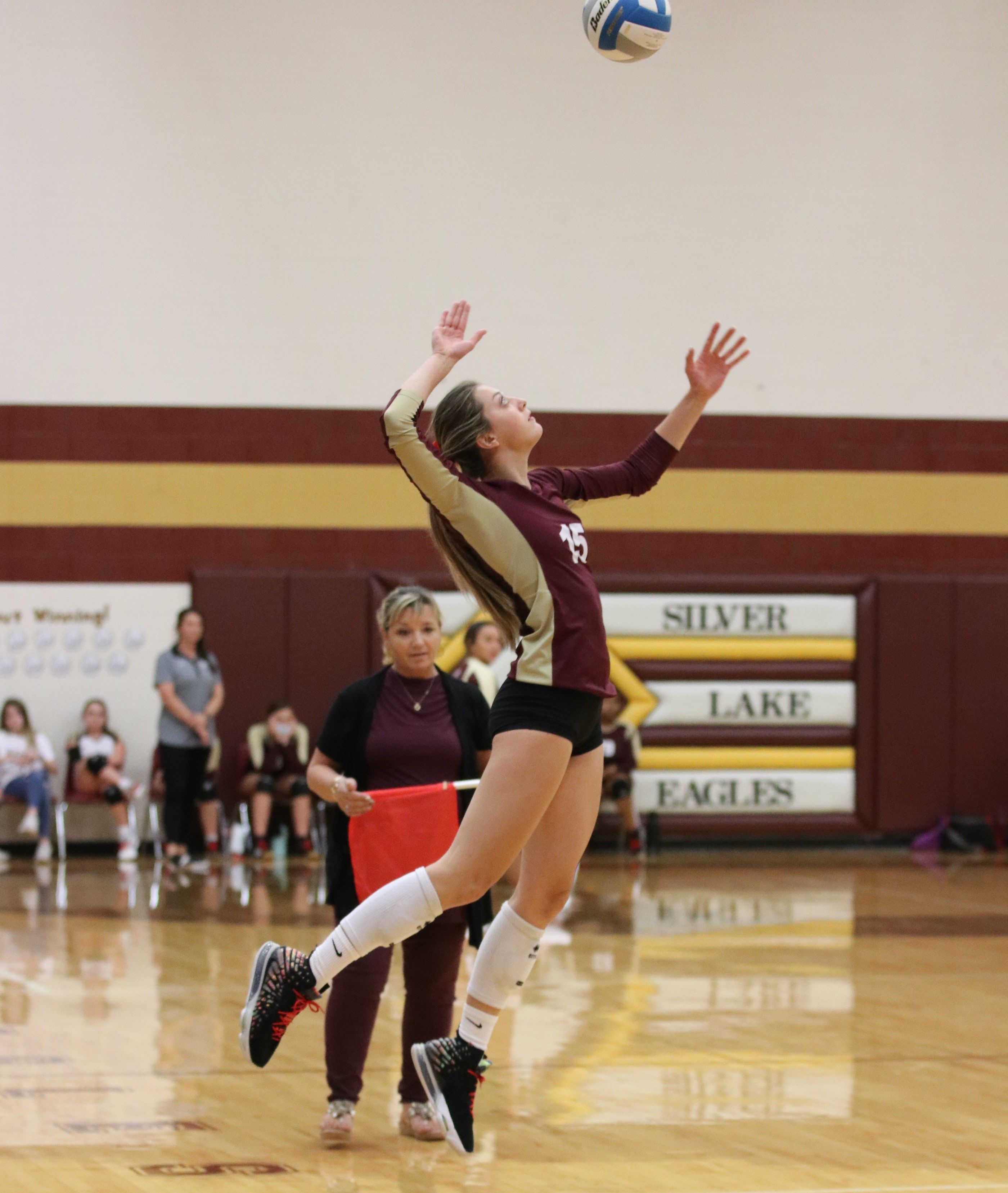 Former Silver Lake volleyball player Camilla Ossola, a foreign exchange student from Italy, is a nominee for the Topeka Shawnee County Fall Female Athlete of the Year for 2021-2022. [Submitted] Seaman grad Grace Unruh (right) is a nominee for the Topeka Shawnee County Fall Female Athlete of the Year ater teaming with Lauren Sweeney to win the Class 5A state doubles championship in 2021. [File photo/TSN] 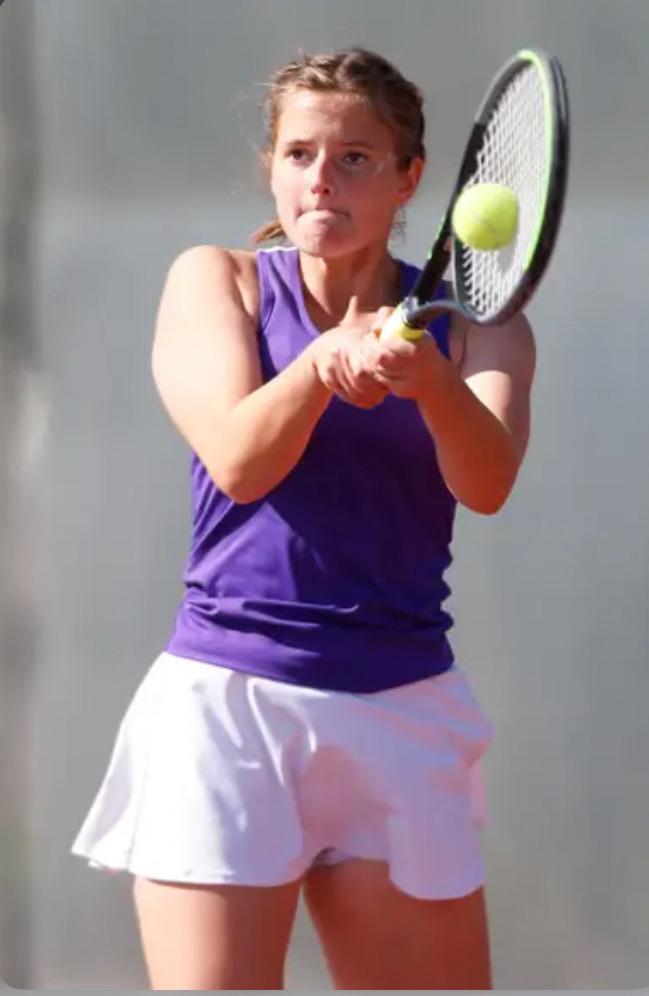 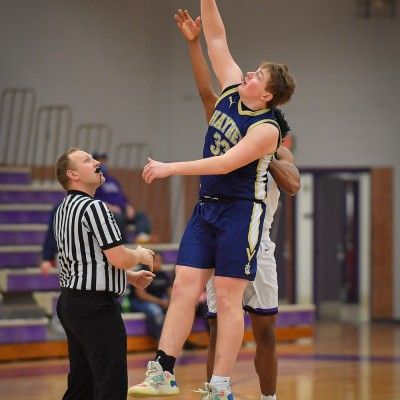