It wasn't that long ago that the Wichita native was one of those kids. 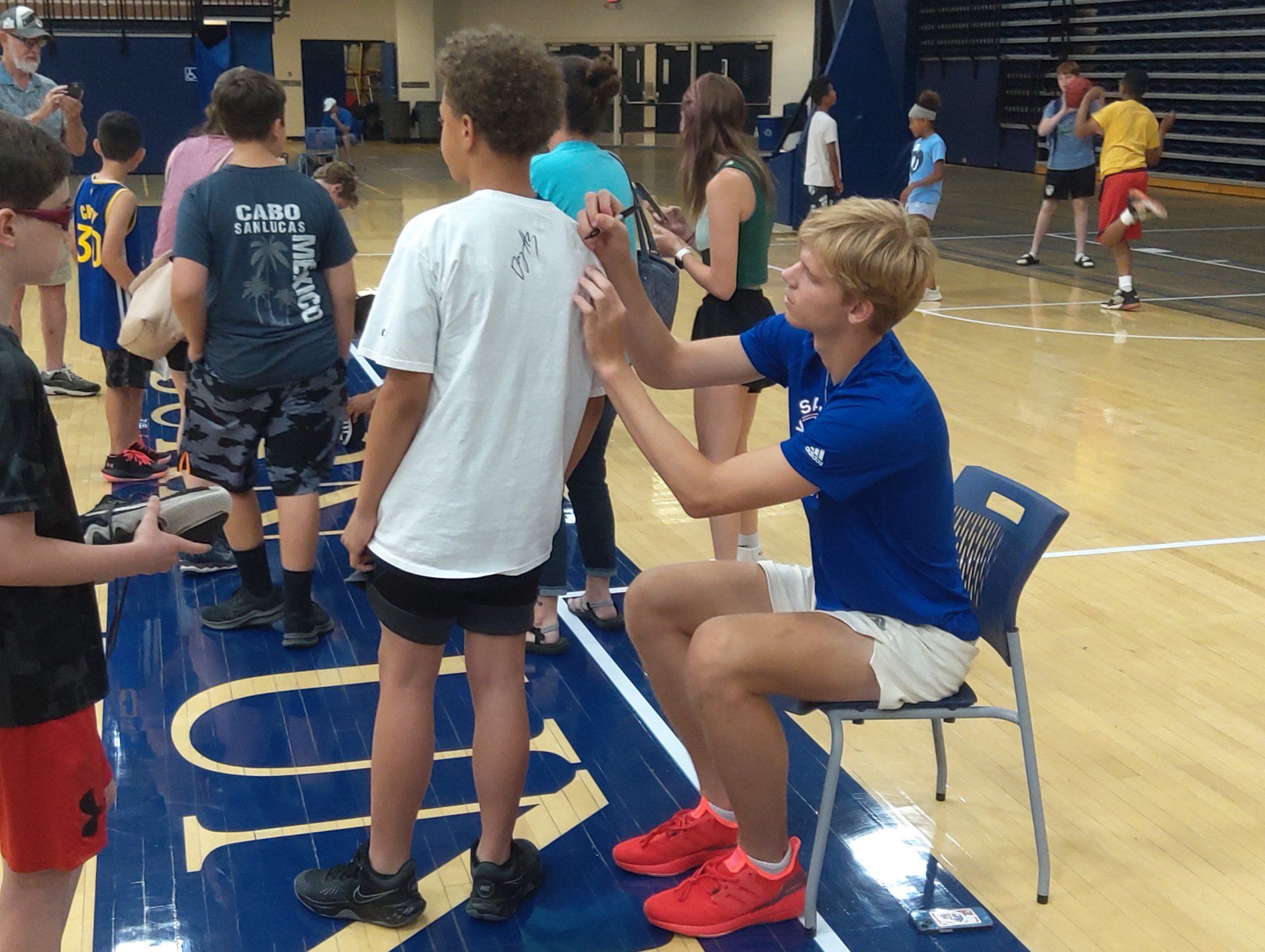 "When I was a little kid I was the same way,'' said Dick, the former Wichita Collegiate and Sunrise Christian Academy star. "I'd go to these camps in Wichita and go around and see KU players come to Collegiate, guys like Wayne Selden and some of those guys, and I was excited just to see what KU guy was going to come the next day.

"I was literally in the exact same spot so for me to be in this spot is kind of funny.''

Being in the limelight is becoming somewhat common for the McDonald's All-American and five-star recruit these days, but Dick, a 6-foot-7 small forward, still recalls the first time he was asked for his autograph.

"It was probably at Collegiate,'' Dick said. "I don't remember the specific time but I just remember it was kind of funny because nobody knew me and a kid just came up and asked me.

"To be honest I'm a little kid then, I'm like a sophomore or a freshman,so signing that I was kind of laughing, but it was cool for sure.''

Now Dick is getting set to embark on the next stage in his career and said it was a natural fit for him to end up with defending national champion Kansas.

"It was, for sure,'' Dick said. "Me being a kid from here in Wichita, it's only like two hours away, so I grew up going to games and I had three siblings go through Kansas so I've been in Lawrence a bunch. It's always been a goal to be in Lawrence and to be an actual basketball player in Lawrence is a whole different thing.

"So I feel like once I got the opportunity and the premium offer to get there it was just a huge blessing.''

Dick was named the 2021-22 Gatorade National Boys Basketball Player of the Year earlier this spring after averaging 17.9 points and 5.2 rebounds which shooting 51.3 percent from the field and 46.7 percent from 3-point range for Sunrise Christian Academy this past season..

Now Dick is ready to get off to a quick start with KU.

"I think my goal is just to be prepared right off the get go,'' Dick said. "Coach (Bill) Self kind of told me when we were trying to figure out who's coming back and who's not that if some certain guys leave, which they did, I've got to hit the ground running.

"I don't find that as a bad thing at all. It's something I look forward to, getting thrown in the fire early.''