Tuesday's final round of the 3A and 5A state events were canceled due to inclement weather, with the scores from Monday's opening 18 holes declared the final results.

Badsky shot an opening round 80 in the 3A event and won a tiebreaker for 10th place while Biggs carded a 76 and Alonzo a 78 in the 5A tournament.

Kapaun Mt. Carmel won the 5A team championship with a four-man score of 296 while Eisenhower finished second (307) and St. Thomas Aquinas third (315).

Hesston won the 3A team title at 319, with Santa Fe Trail two strokes back and Olathe Heritage Christian third (323).

Cheney senior Harrison Middleton was the 3A individual champ with a 68.

The 6A state tournament at Mariah Hills in Dodge City was being played as scheduled Tuesday. 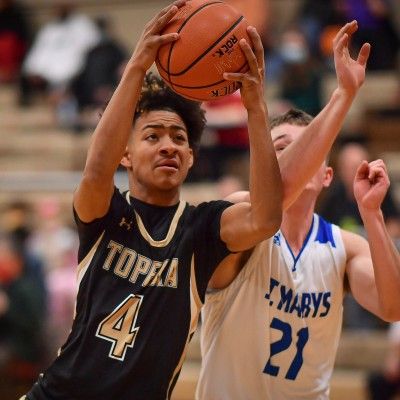